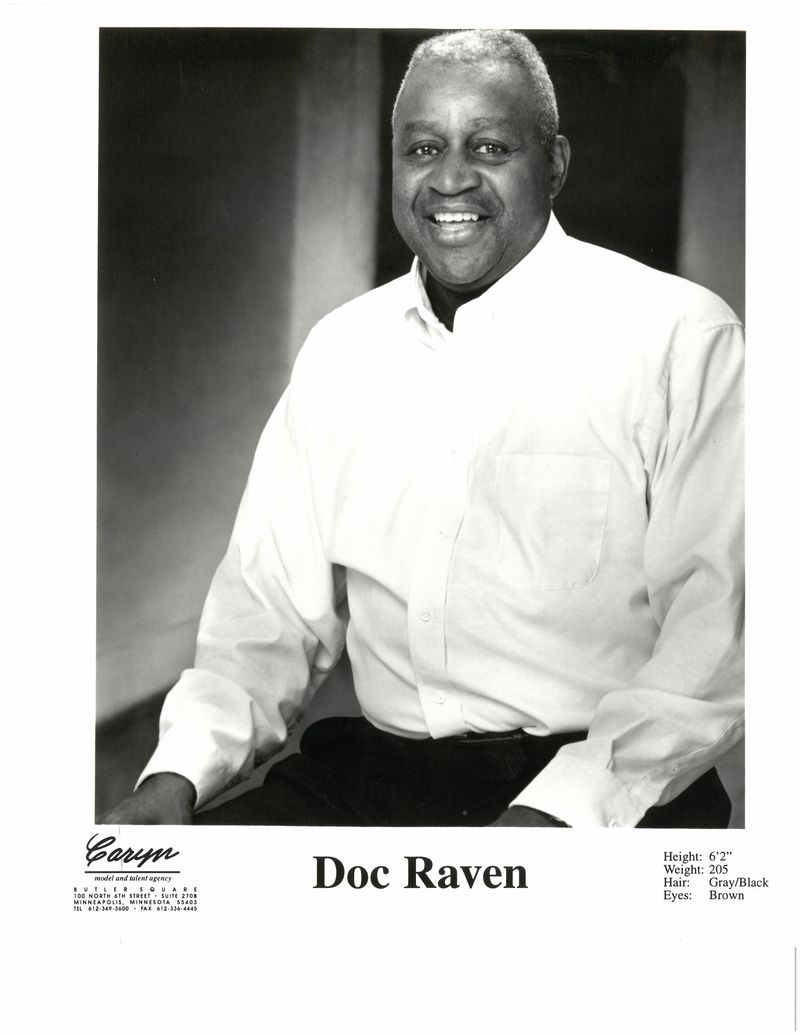 Dr. William Raven, aka "Doc", was born on March 18th, 1937 and died on March 30th, 2018. He was preceded in death by his father Clinton Raven, his mother Ceola Raven, and one half of his beloved twin sisters, Jeanetta Raven Huff.

Doc will be greatly missed by his wife Kathryn, sons Peter and Ron, daughter Jenett Akles (Chago), sons Billy (Jill) and John (Tara), his sister Geneva Williams and numerous nieces and nephews. His two beautiful grandchildren, Stella and Asher, will miss their Grandpa singing the "Umbrella Song" and writing songs about his love for them. Doc was a well educated man with many talents. He graduated from St Thomas College (St Paul, MN) in 1977 with a Master of Arts and earned a Ph D. in Education from Columbia Pacific University in 1985. He was the first black Station Agent in the United States Airline Industry in 1964 to 1968. His high school diploma was from "Old" Woodward high school in Cincinnati, Ohio. After high school he served his country for 8 years in the United States Army and Air Force. In the military Doc found many lifelong friends that kept in touch with each other across the miles and time.
The life of Doc was led by his strong Catholic faith. He never swayed from his values and beliefs. His writings, books, and music spoke of his deep love and joy in the Lord; and in Rhythm and Blues.
Music was a lifelong avocation of Doc throughout his life. Singing Johnny Mathis' "Chances Are", Doc wooed his wife of 44 years and gave his family many memories to treasure.
The other love of Doc's life was sports and he excelled in football, basketball, track & field, as well as achieved a black belt in karate. He coached numerous young people through his career as a high school teacher and coach.
Doc was a philosopher, teacher, historian, writer as well as a great son, brother, husband, father, and friend. Shine your light in the world, so that you may be proud that you did not run in vain or labor in vain. Phillippians 2:16
He was the true definition of confidence, strength, faith, and pride. Until we meet again Doc