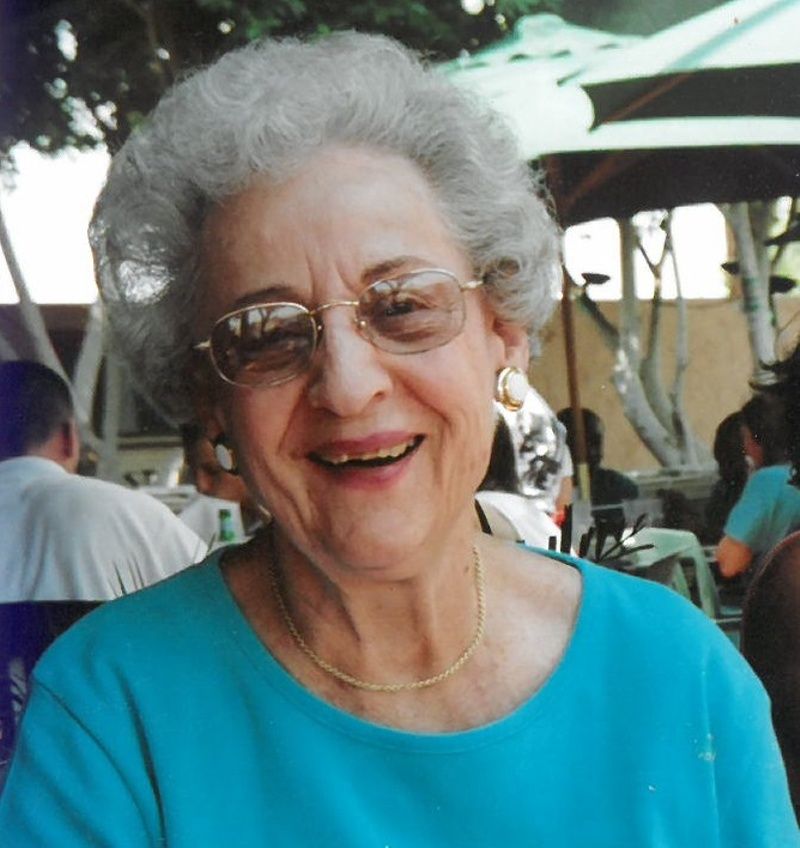 Virginia Mary Schmidt was born to John and Monica Schmidt in Richardton, ND on April 23,
1922. She had four brothers: Harold, Donald, Zeno and Alfred, all of whom are now deceased.
The family eventually moved to Dickinson, ND, where they lived close to extended family and
friends in their German, Catholic community. Virginia graduated from St. Mary's High School
where she was Valedictorian of her senior class and captain of the girl's basketball team.

The family moved to Seattle and eventually settled in Portland towards the end of WWII.
Virginia worked for the Oregon State Board of Health and at First National Bank. Her brother
Don and his family lived in Portland and Virginia became known as "Auntie" to his three
children. We spent many good times with Auntie as we were growing up. At one time she lived
across the street from our grade school and we used to spent overnights with her. She always
came to Seaside with us in the summers and we'd play in the surf, ride horses and dig clams.
Her spirit of fun, caring and faith in God pervaded every ounce of her tiny frame.

The quest for a better job and the lure of friends propelled her to Denver, CO, where she was
very active in outdoor sports-skiing, tennis and golf. She once shared that her dream was to
become a professional golfer.

She worked there many years but was requested to help her aging parents in Phoenix, AZ. So,
being the dutiful daughter, she moved there in the early '60's. As always, she made many new
friends, played golf, loved to dance and sang in her church choir for 28 years.
In 2003 mild dementia started taking hold of Auntie so her family moved her back to Portland
to live in assisted living.

After a bad fall and weeks of rehab, she went to live at Dreamlight Foster Care Home, where
the Pop family welcomed her into their home and took wonderful care of her.
Virginia had a stroke in early July and passed away on August 7, 2019 at 97 years old with two
of her nieces at her side.

Virginia is survived by four nieces and one nephew: Dee Shulz (Robert) of Arizona; Pat Rugh
(John) of Pennsylvania; Cynthia Petrarca (Michael); Greg Schmidt (JoLynn) and Susan Ridgway
(Gordon), all of Oregon.
To order memorial trees or send flowers to the family in memory of Virginia Mary Schmidt, please visit our flower store.