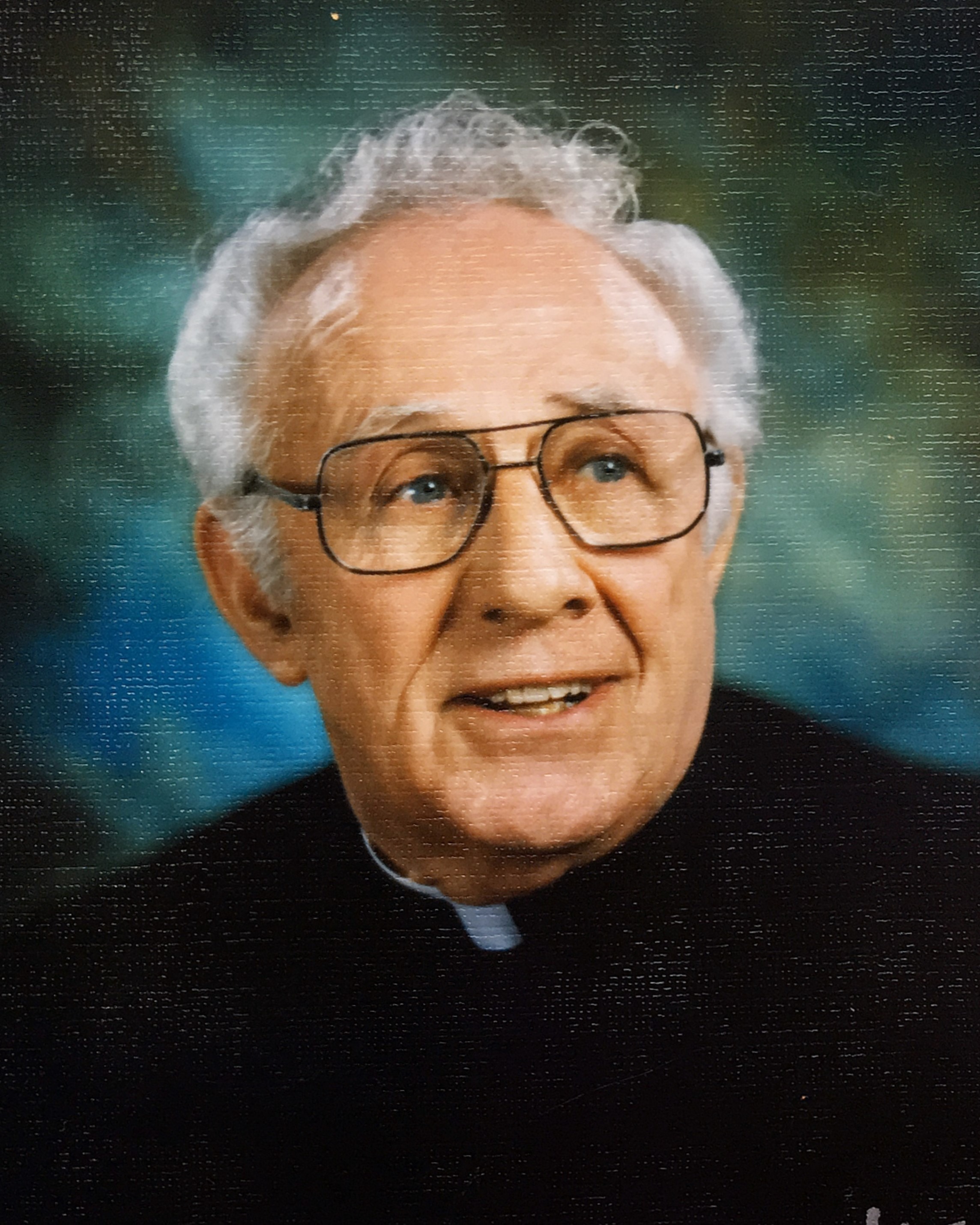 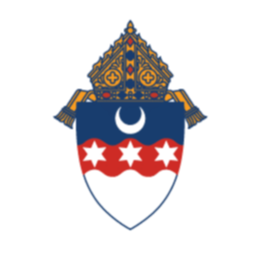 Father Vincent Cunniff, a decorated World War II combat veteran who went on to become one of the most beloved pastors in the Archdiocese of Portland and a patron of Catholic education, has died at the age of 102.

Father Cunniff was the oldest Catholic priest in Oregon when he died Sept. 28. His funeral will be held at 11 a.m. on Oct. 10 at St. Mary's Cathedral of the Immaculate Conception in Portland, the same church where he was ordained as a priest 69 years before. A rosary will be held at 10:30 a.m.

"Father Cunniff was one of the kindest men I ever knew in my life," said Father Ray Carey, a lifelong friend. "He was gracious to people and he was a hard working pastor. And he was a holy man as well."

Vincent Louis Cunniff was born into an Irish-Italian family on July 12, 1920, in the coastal town of Marshfield, Oregon, known today as Coos Bay. He was the son of James Cunniff and Mary Columbo and younger brother of Marigold Cunniff, later Van Amburgh.

When Father Cunniff was just 8 years old, his father, a lumber mill worker, died of an unexpected illness. His family's remaining savings would soon be lost in the economic crisis of 1929, ushering in a period of struggle and leading his mother to move the family to Portland.

There the family managed a small boarding house in what is today known as the Alphabet District. Even as a boy, Father Cunniff had a sense of responsibility to try to be the man of the family and help his mother run the boarding house and make repairs. This fostered a can-do attitude that would stay with him his entire life.

Amid the Great Depression, he would take odd jobs to help not only his mother but also his extended family, teaching himself to drive and park cars and even selling magazines. His sales job would sometimes take him to the financial district, where he was fascinated by the stock market and all its potential.
It was during this time that Catholic church and school became central to Father Cunniff's life, giving him an anchor in times of uncertainty. He threw himself into parish activities such as being an altar boy, spending so much time at church that his mother jokingly told him he should just bring his bed and sleep there.

His experience at church and school also cemented in him the value of education. After graduating from St. Stephen High School, Father Cunniff enrolled at Oregon State College in Corvallis using the paychecks he saved from working as a surveyor on the crews digging tunnels for Portland's Sunset Highway. He planned to become an engineer.

But three years into his studies, World War II would break out, changing his life forever.
Father Cunniff joined the Army, and was assigned to the 8th Air Force, 392nd Bomb Group out of Wendling, England, where he served as a bombardier on B-24 Liberator aircraft.

He flew at least 33 missions over occupied Europe, including on D-Day, mostly on his crew's plane known as Sweet Chariot. The missions were treacherous and his bomb group, like others, would suffer heavy casualties as they flew through German anti-aircraft fire that sent hot metal flak flying through the plane.
"We went in a low-enough altitude that the Germans could shoot rifles, small arms, and machine guns at us," Marvin Graham, who served as a gunner on Father Cunniff's plane during one particularly hairy mission, once recalled. "We were shot at like we were on a target range."

Their aircraft was severely crippled on that mission and barely made it back across the English Channel, where after an emergency landing the crew started counting the holes but gave up at 300.

It was during these battles that Father Cunniff made a promise with God: "If I flew and lived, I would become a priest."

Even with that promise, Father Cunniff would have more intimate brushes with death, including a frantic scramble to detach his scarf from a bomb about to be dropped thousands of feet below his plane's open bomb doors. Another time their bomber came under heavy fire and Father Cunniff was able to put on his flak jacket only seconds before a piece of shrapnel would have torn into his chest.

"That one particularly had my name on it," Father Cunniff would say of the piece of flak that he removed from his jacket and kept for decades in a small box alongside his war medals, which included the Distinguished Flying Cross.

With so many other young men dying around him, Father Cunniff said he knew that his own survival could only be due to "the grace of God."

When the war ended, he headed to St. Thomas Seminary in Denver. He was unable to attend a seminary closer to home such as Oregon's Mount Angel because many were concerned about whether former combat veterans would make good priests.

Once back in school he was worried he might flunk out due to the transition from studying subjects such as math and science to Latin and theology. He would also question why God would choose him to be a priest when there were others who were smarter, more eloquent or even taller. But he succeeded and soon learned the priesthood was as much about the heart as anything else.

"The good Lord didn't invite just brilliant men -- he asked fishermen," Father Cunniff once said. "The point is, they answered the call."

In 1953, he was ordained in a ceremony along with several other war veterans who would become known as G.I. Priests.

Father Cunniff would go on to serve as assistant pastor at Sacred Heart in Medford, St. Joseph in Salem, Immaculate Conception in Stayton and St. Peter in Portland. He then served as pastor of St. Michael in Oakridge and St. Henry in Dexter, St. Peter in Eugene and Our Lady of the Dunes in Florence.

He was known for his acumen with parish finances and willingness to get his hands dirty, whether driving heavy equipment on a construction project or braving strong winds to nail shingles back on the church roof in a storm.

But what he most enjoyed about being a parish priest was being able to work with parishioners one-on-one. And his parishioners in turn appreciated him for his graciousness, kindness, wisdom and laughter.

"We've got a tremendous pastor," one of his parishioners at Our Lady of the Dunes told the Catholic Sentinel in 1993. "People from all over the country tell us how lucky we are."

He retired in 1996, but continued to serve as substitute pastor for years to come. At the age of 100 when his nursing home was shut down to visitors because of the pandemic and he had just recovered from COVID-19 himself, Father Cunniff continued to care for others by administering the sacraments to fellow residents.

"I went to Catholic school and it was good for me," Father Cunniff told the Catholic Sentinel at the time. "Our family was pretty poor, I'll tell you. I want today's children to have a chance like I did."

Father Cunniff was also an avid outdoorsman, who would frequently hunt and fish with family and friends. He was a beloved brother, uncle, great uncle and great great uncle and delighted generations of family with his storytelling.

He was a shining example of bravery, honor and selflessness. But most of all he was a humble servant of God.

"I can't imagine going through life any other way," he had said.

Remembrances can be made to Catholic Schools Endowment Foundation online at cseforegon.org, by phone at 503-233-8318 or by mail at 2838 E. Burnside Street Portland, OR 97214.
To order memorial trees or send flowers to the family in memory of Vincent L. Cunniff, please visit our flower store.

Cathedral of The Immaculate Conception