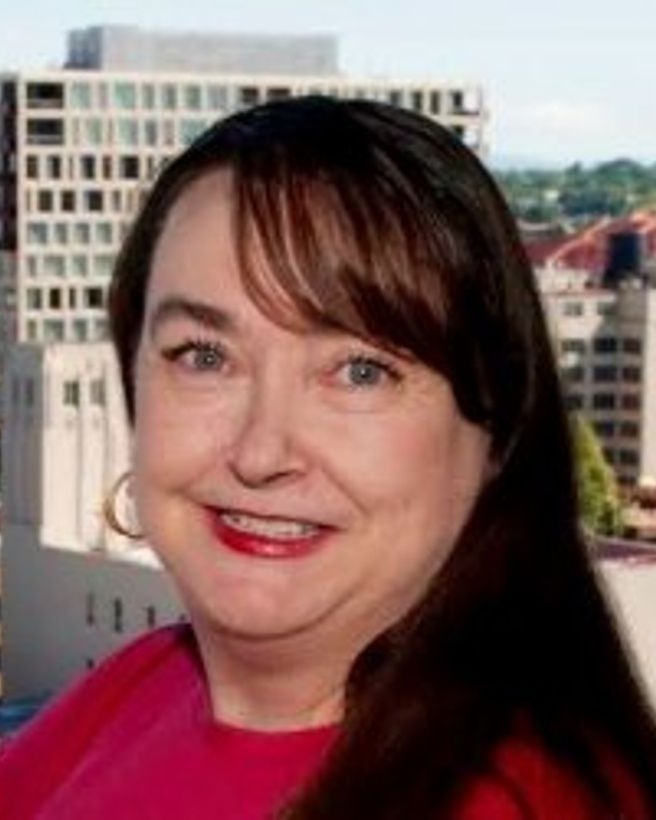 Una Patricia Loughran, 59, passed away on January 7, 2022 after a short but brave battle with cancer. Two of her brothers were by her side, holding her hands as she took her final journey.

Una was born on June 12, 1962 in Portland, OR to Seamus and Mary Fidelma Loughran. Her parents immigrated from Ireland in 1960
with her older sister Siobhan. When Una was just a baby the family moved back to Ireland to be near their family that they missed so much. In 1965, with worsening economic conditions in Ireland the family returned to Oregon and settled in Beaverton. Una and her sister were joined by their three younger brothers Fergus, Sean, and Dermot. The family home was filled with Irish culture, a strong Catholic faith, dance, music, and lots of love and laughter.

Una graduated from St. Mary of the Valley High School in 1980 where she was strongly influenced by their excellent education in the arts. She enjoyed participating in choral music, theater, and debate. She went on to receive a Bachelor of Arts in Music from Lewis & Clark College in 1984.

Una's love of the performing arts shaped her career path. Her background included marketing, fundraising, strategic planning, community engagement, and arts management in addition to many other skills.

Una began her extensive career in the arts at the Oregon Shakespeare Theater in 1988 where she worked as an associate director of development. In 1995 she joined Portland Center Stage where she was a marketing manager and communications director. In 1999 she worked in the newly growing internet market as a director of client services at eyestream interactive, which was one of the internet's premier online advertising and marketing agencies at that time. She managed campaigns for Proctor & Gamble, Luna Bar, Business Week, Nextel, and many more. She was also engaged in extensive project work with Portland Sister City Organizations, Travel Portland, Oregon Wine Country and Travel Oregon and developed strategic art and culture plans for the cities of Hood River and Wilsonville, Oregon.

It was in 2002 when she began working as general manager at BodyVox that she made her greatest impact. In her almost 20 years at BodyVox she helped to shape the organization into the premier dance company that it is today. Her responsibilities encompassed all aspects of management and coordination of BodyVox operations. She has been described as the steady force behind the scenes as well as the welcoming face of BodyVox, greeting all those who came to the studio with a smile and kind words.

With her many years of work in the Portland performing arts scene she developed lasting relationships and was highly respected as a leader. She served on the board of Arts Northwest, many committees as well as mentoring young professionals.

Una was also a professionally trained and skilled musician with a beautiful alto voice. She served as a cantor for over 40 years mainly at St. Cecelia and St. Michael the Archangel Catholic Churches. She sang for weekly mass, weddings, funerals, and other events. The last time her beautiful voice was heard was when she sang for both her mother and sister's funerals.

Una's friendships were important and long lasting. She was described as a constant and loyal friend. She was deeply private and fiercely independent. She loved to travel with her intrepid group of travel friends, but was just as comfortable on her own. She enjoyed visiting places nearby as well as around the country and the world. She loved a good cocktail and dinner out with friends. Una has been described as kind, calm, positive, capable, warm, genuine, loyal, independent, having a wicked sense of humor, compassionate, caring, creative, professional, and welcoming.

A private Rite of Christian Burial will be held at Mt. Calvary Cemetery in Portland, OR

Memorial Donations may be made to BodyVox
To order memorial trees or send flowers to the family in memory of Una Patricia Loughran, please visit our flower store.