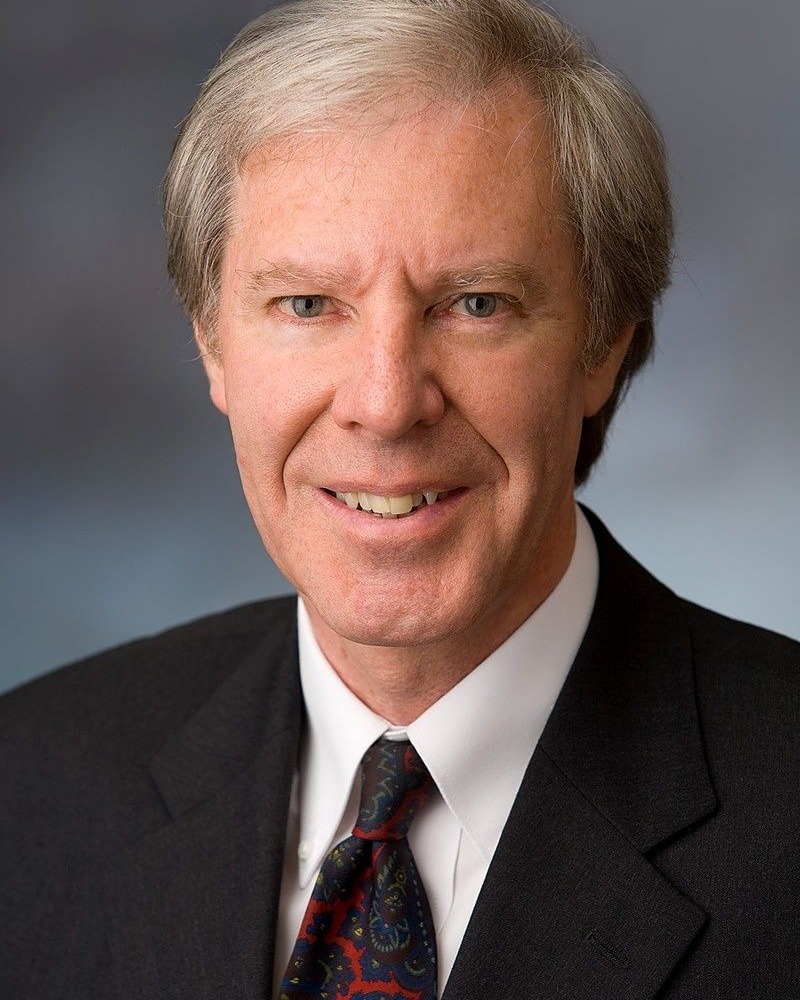 Timothy Victor Ramis, the son of Vic and Rose Ramis, passed away on Wednesday, October 13, at his home in Portland at the age of 71 surrounded by family after a year-long courageous battle with cancer. Tim was a lifelong resident of Portland and graduated from Madison High School, where he was on the swim and tennis teams and was active in student government. Tim's mother died when he was young. With the help and kindness of family and friends, Tim and his sister, Sue were raised by their father who was their constant supporter and champion. Tim inherited his prowess in storytelling and tennis from his father. Following high school, Tim attended Princeton University and then Stanford University, where he graduated in 1972. He then attended University of Oregon School of Law before returning home to Portland to build a practice in land use and eventually become a shareholder with Jordan Ramis, PC.

Tim had three great loves: his family, the practice of law, and tennis. He devoted his time to those loves in that order. Family first, then his clients and finally recreation. Tim has six children from three pregnancies: twins Will and Kelly, Henry and lastly triplets Katherine, Eleanor, and Benjamin. Tim was not a fighter; he was a problem solver. He was kind, strategic, and steadfast. He was the kind of husband and father who could distill any disagreement or conflict into an amicable solution and then help enable that solution with kindness and empathy.

Tim was a longtime leader in the land use bar. A rarity among land use lawyers, Tim represented both cities and private developers, playing both sides of the net effectively, like the skilled tennis player he was. He was fond of saying that the essence of land use was captured by Justice Oliver Wendall Holmes, Jr., "Pretty much all law consists in forbidding men to do something that they want to do."

An institutionalist, Tim's trademark solution was to persuade clients, both public and private, that they are free to do what they want to do when it is done respectfully within the established bounds. Amidst the cacophony in civic affairs, Tim's method of obtaining results through careful diplomacy stood out in the law as it did in life. Tim was comfortable in the smallest venue, in small cities and commissions to the largest cities and appellate bodies and courts, including the U.S. Supreme Court where he argued Dolan v. City of Tigard, 512 US 374 (1994).

Tim dedicated his time and expertise to providing safe and equal housing opportunities to individuals with developmental disabilities. Tim served for 40 years as counsel, advocate, benefactor, and board member for Specialized Housing Inc.

In tennis, Tim had many friends, teammates and opponents at the Multnomah Athletic Club where he played on competitive teams. He always brought his son Will to those matches so Will could laugh with and tease Tim's friends. All of Tim's MAC tennis buddies, upon learning of Tim's passing commented on the consummate gentleman he was on and off the court, with opponents, teammates, his clients, and those in opposition.

Tim lost his battle with cancer, but he wasted not a second of a life well lived and loved.

Tim leaves behind his wife Melissa Ramis, their children Henry(5), Katherine (2), Eleanor (2) and Benjamin (2), William and Kelly and their mother Marina Mar, his loving younger sister Sue Thompson, her husband John, and his niece and nephew Kelsey and Kevin Thompson. He also leaves his colleagues at his law firm Jordan Ramis, many friends, and clients and all of his tennis buddies. He will be forever missed.

A Celebration of life will follow at Multnomah Athletic Club
1849 SW Salmon St, Portland, OR 97205.

Donations can be made to:
St. Rose of Lima
https://www.strosepdx.org/

Or Specialized Housing Inc.
https://specializedhousinginc.org/
To order memorial trees or send flowers to the family in memory of Timothy V. Ramis, please visit our flower store.