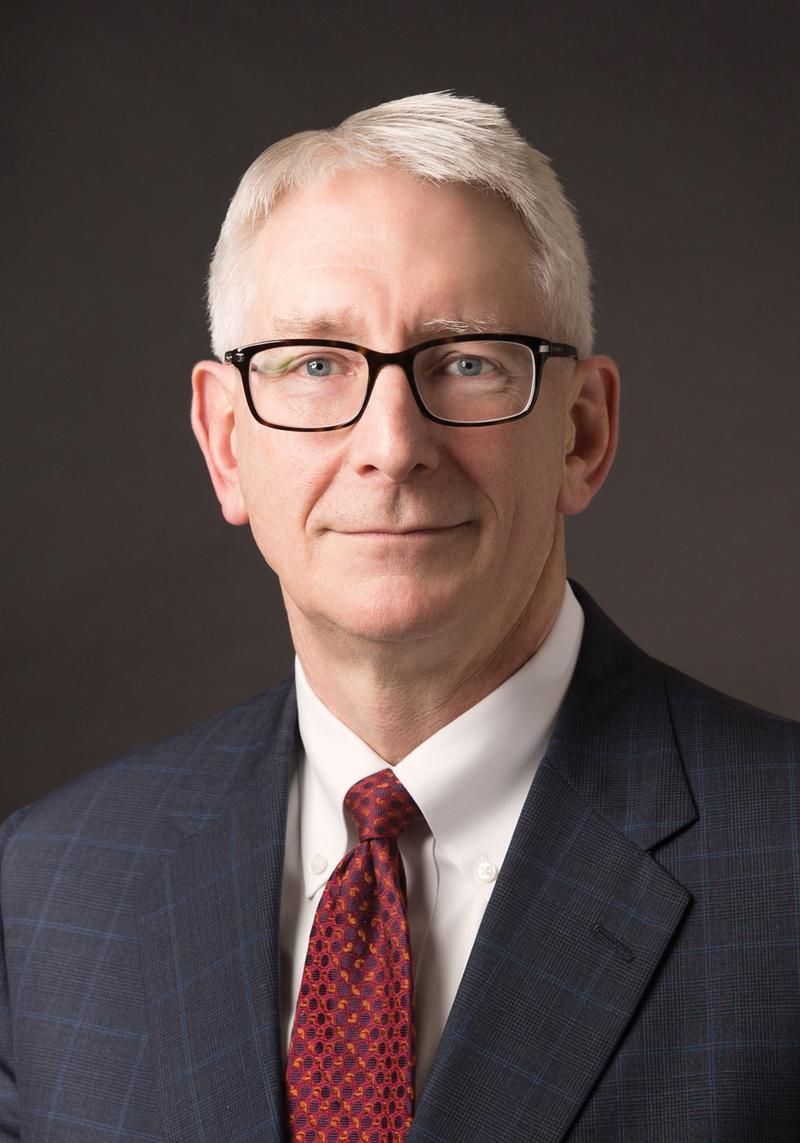 Thomas Vincent Dulcich died on July 12, 2018, at the age of 65, from complications of a rare cancer that was diagnosed in September 2016.
Tom was a Fighting Fisherman graduate of Astoria High School (1972) and a Phi Beta Kappa graduate (with Honors) in Economics and General Science from the University of Oregon (1976). While at Oregon, Tom was awarded the Maurice Harold Hunter Leadership Scholarship, which recognized him as the outstanding junior man on campus, and he was one of two Oregonians selected as a Rhodes Scholar finalist in 1976. Tom served as president of Oregon's Sigma Chi Fraternity chapter and as president of the university's Interfraternity Council. In June 2018, Tom was recognized as a Significant Sig, an award that honors Sigma Chis throughout North America whose work in their chosen profession has brought honor and distinction to Sigma Chi Fraternity.

Following his graduation from the University of Oregon, Tom worked for a year in the Oregon Legislature and then entered the Law School at the University of Chicago. Tom received his Juris Doctor degree in 1980 and shortly thereafter embarked on a 38-year legal career with Schwabe, Williamson & Wyatt. Tom believed that he was fortunate to have been the recipient of mentoring and training from excellent lawyers and, in particular, excellent courtroom lawyers. Tom also was privileged to represent wonderful clients, including John D. Gray, the Archdiocese of Portland in Oregon, Morgan Stanley, the Society of Jesus Oregon Province, Our Savior's Lutheran Church of Lake Oswego, Grocers Insurance Group, the Sisters of St. Mary of Oregon, and many, many others over the course of his career. In 2002, Tom was named a Fellow of the prestigious American College of Trial Lawyers. At the time of his death, Tom was a member of the Schwabe firm's board of directors.

Tom was a member of the Multnomah Athletic Club and Holy Family Catholic Parish. He served as a member of the board of trustees of the Columbia River Maritime Museum from 2002 until his death and as chair of that board from 2008 through 2010.
Tom is survived by his spouse of 38 years, Cynthia Robinson "Cindy" Dulcich, whom he met at the University of Oregon in 1976; his three daughters: Katie Dulcich (Kent Dolan), Sarah Dulcich (Kyle Mabbott), and Betsy Dulcich; and one grandchild, Greger Thomas, son of Katie and Kent. Tom is also survived by his mother, Donna Mary Dulcich, who still resides in the family home in Astoria. Tom leaves behind a sister, Mary Ann Barton (Michael) of Portland, and two brothers, Jim Dulcich (Kelley) of Portland and John Dulcich (Imelda) of Newcastle, Washington. Tom was predeceased by his father, Vince Dulcich, a longtime football coach and teacher at Astoria High School (and previously at Lake Oswego High School and Toledo High School).