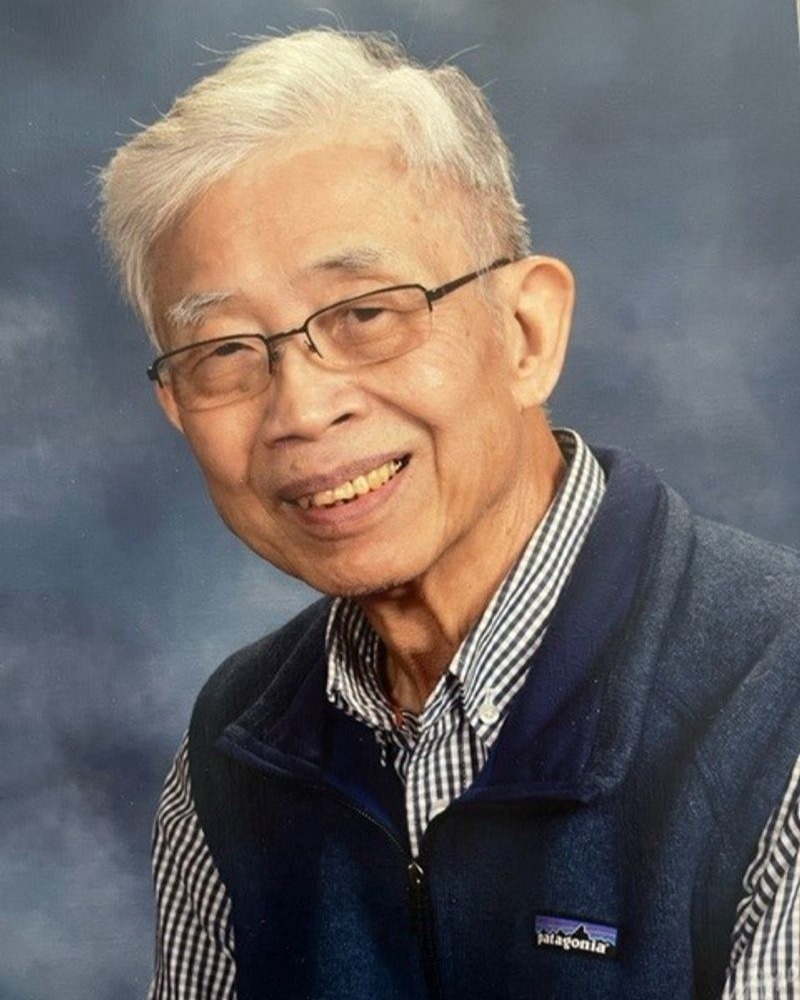 Joseph Pham Nhat Tan, beloved father, grandfather, brother and uncle passed away on August 1, 2022 in Portland Oregon. He was born September 3,1939 in Hai Phong, Vietnam. Following the division of the country into North and South Vietnam, he immigrated to the South in 1954 with his mother and his sister's family. He graduated from the College of Education, University of Saigon in 1961. From 1961 to 1975, he taught Mathematics at Khiem Ich High School in My Tho City, then at Ngo Quyen high school in Bien Hoa City, and later at Trung Vuong High School in Saigon City.
Tan married Nguyen Thi Kim Chi in 1963. After the fall of Saigon, his family immigrated to the United States in 1975 and settled in Portland, Oregon. He was first employed as a custodian by St. Agatha's Catholic Church. After learning English, he worked as an electronic technician at Tektronix from 1977 to 2000 when he retired to be a caregiver for his wife until she passed away in 2010.
He was a lifelong learner and enjoyed mastering new skills. His children remember him as being clever and resourceful especially when it came to making or fixing things. He enjoyed cooking and perfected the art of making "banh gio" (a Vietnamese rice cake), including designing and cutting the metal molds.
Tan was devoted to his Catholic faith. He prayed daily the Rosary and the Divine Mercy. With his strong faith in God, he lived out his Christian values. He volunteered with the Church and supported charitable causes. He worked hard and lived humbly. He posted the following notes at his bedside; these are the virtues that he followed and also would like to pass it on to his children and grandchildren
:
PRINCIPLES THAT MUST ALWAYS BE REMEMBERED
1. Diligence in God's work
2. Be charitable, share with others, and not be jealous
3. Be patient and forgiving
4. Be sincerely humble

He is remembered with love by his children, Tuan, Joe, Teresa, Christine; their spouses Anh, Pam, Greg, Richard; his grandchildren Tyler, Sara, Andrew, Evan, Matthew, and Nathan. He is also survived by his sister Tinh; his brothers Alexandre, Jean; and their families.
Funeral mass will be held at Our Lady of Lavang on August 8,2022 at 7am.
To order memorial trees or send flowers to the family in memory of Tan Nhat Pham, please visit our flower store.

Our Lady of LaVang Catholic Church

Our Lady of LaVang Catholic Church