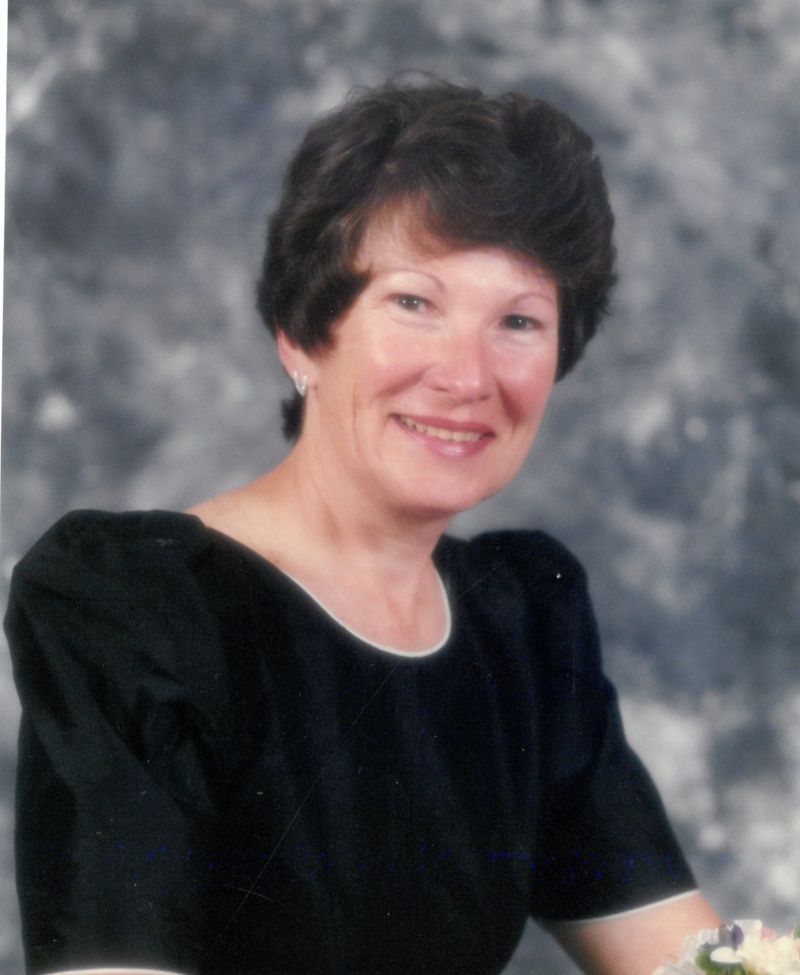 Sue was born to Herman and Helen Hallman, in Willington, Delaware, but grew up in Philadelphia. As a child, Sue was stricken with Polio, but miraculously recovered through prayers for the intercession of St. Pius X. She attended Gwynedd Mercy Academy with a musical scholarship; was President of her class and developed her life-long love of music and dancing. As a young adult, Sue taught third grade at a Catholic Elementary school. From this early life in Philadelphia, Sue's Catholic faith and love of friends and family remained central in her life.
Sue met John Redhouse in 1962 in Philadelphia, and they married July 3rd, 1965. They were married for 56 years and raised three children: Stephanie, Christopher, and Jay. Stephanie and her family live in Happy Valley, Oregon. Christopher and his family currently live in North Carolina but are soon returning to the Portland area. Our dearest, Jay, preceded Sue in death in 1996, and what a reunion that must have been when Sue joined him in Heaven!
Beginning in 1968, Sue and the family began a thirty-year series of relocations in support of John's work with Henkel's & McCoy. Sue was a trooper, moving from Philadelphia to Oregon with three children and no family to help her. Despite the gray skies of the Pacific Northwest, Sue was undaunted. She raised the children, made many new friends, and spent many hours on the telephone keeping in touch with relatives on the East coast. Sue was active in her Parish at St Anne's Catholic Church and she assisted at developing an early arrival and late pickup program at the grade school, and supported pastor Father Chester in developing the annual St. Anne's Parish Polish Dinner. She enlisted John and four of his work colleagues to do all the cooking with the strong support of the Polish parishioners. The annual fundraising dinner event lasted for five years until the school closed.
In 1977 the family was scheduled to move to Iran, for John's work. The hostage crisis derailed that plan, and instead the family moved to Elkhart, Indiana. Sue enjoyed Elkhart very much, and even picked up a new social sport during the cold winters – curling! Gliding a 42 lbs granite rock on a rink of ice, teams of four competed in this regionally popular game where there was always good cheer and plenty of totties. South Bend was only minutes away, and Sue, who liked football, watched Joe Montana play his last season at Notre Dame! From 1981 through John's retirement in 1999, Sue crisscrossed the nation three more times, remaining the rock of the family, a supportive wife, mother and sister!
In 2015, Sue was diagnosed with early onset Alzheimer's disease, and battled courageously until the 27th of October 2021, sustained all the while by her Catholic faith and the love of her family and friends.
Sue is survived by her husband, John "Ronnie" Walter Redhouse; daughter, Stephanie and husband Patrick, and granddaughters Alexandria, Rachael, Brittany and GiGi Gottsch; son Christopher and wife Wendy and granddaughters Lilly and Kate Redhouse; brother, Larry Hallman, from St. Clair Shores, Michigan, his wife Alice and their children, Mary, Larry Jr., Patty, Kathleen, and Joe; sister, Kathrine, (now deceased), who married Bill Neas (deceased), and their children: Bernadette, Billy, Richard, Phillip, and Jennifer.
In lieu of flowers, donations may be made to the Alzheimer's Association.
To order memorial trees or send flowers to the family in memory of Susan Marie Redhouse, please visit our flower store.