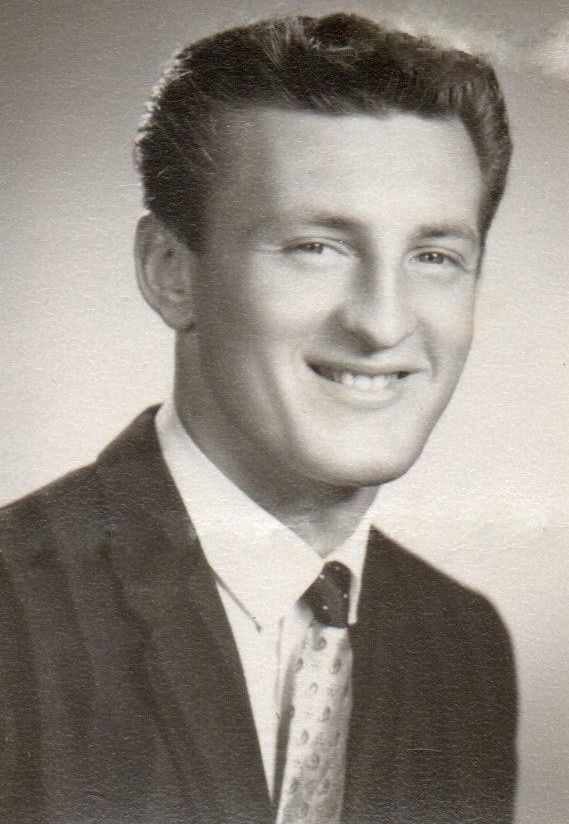 Steven Andrew "Andy" Nakvasil was born Dec. 24, 1939 in Scappoose, Oregon to Frank and Marie Nakvasil. Andy was born at home while most of the family was away at Midnight Mass, and his grandmother Agnes Koutek helped deliver him.

Andy grew up in Scappoose, the third of eight children. He picked berries, worked on the farm and attended St. Frederic's Catholic School in St. Helens, Oregon. Andy attended St. Wenceslaus Church in Scappoose, and he was an altar server with his brother Dick Nakvasil who was the same grade in school.

Andy graduated from Scappoose High School in 1959.He particularly enjoyed shop class, and his brother Charles recalled how proud Andy was of a wooden stool he had made. Andy played football and wrestled, but it was track and field where he excelled. His best event was shotput, and he ultimately took second place at the state championship, missing first place by a half inch.

Andy and Dick often worked together. They were the first two teenagers in Columbia County to grow five tons of strawberries per acre under contract to Birdseye. In the summer of 1957, Andy and Dick worked for a local farmer and pitched eight tons of cabbage in a day. That same year, they loaded and hauled 1,100 bales of hay in a day. Some of that hay was alfalfa hay and weighed about 145 pounds per bale. Andy, who was exceptionally strong, told his brother just to leave those and he'd get them.

Over the years Andy worked at Kingsley Lumber Mill and Pope and Talbot Timber Company. Andy worked in the family theatre business, especially at the Crest Theatre in North Portland and the Mount Hood Theatre in Gresham. He also worked at Sterling Furniture Plant near Montgomery Park, Meier and Frank, and the Hilton.

In 1966, Andy shipped out with the Merchant Marines, transporting troops to Vietnam. He had kitchen duty among other jobs. He later told his brother Dick that while they were unloading in Da Nang, a soldier warned him to get down because they were shooting.

On another occasion, Andy had shore leave with other sailors in Saigon. He recalled hearing explosions while the group was walking around and getting a meal. He also had vivid memories of stopping in Subic Bay in the Philippines, and a visit into Manila, as well as Okinawa, Japan, another large US military base.

Andy was comfortable traveling and visited his sisters' families. He saw Rose and her family in Tennessee and talked about his trip to Graceland. He saw Susan and her family in Missouri where he enjoyed seeing her children.

Andy also greatly enjoyed taking part in a large family trip to Rome, Italy, in 2005 to see his godson and nephew Rick Nakvasil be ordained a priest.

Andy continued to attend Mass at several parishes over his life, including St. Agatha, Holy Rosary and St. Andrew Bessette Chapel, then called the Downtown Chapel. In later years, Andrew especially relied on his sister, Helen Joireman-Nakvasil, for help in managing his care and personal affairs.

A Mass for Andy has been delayed. Interment at Gethsemani Cemetery. Please see this page for updated information on services.