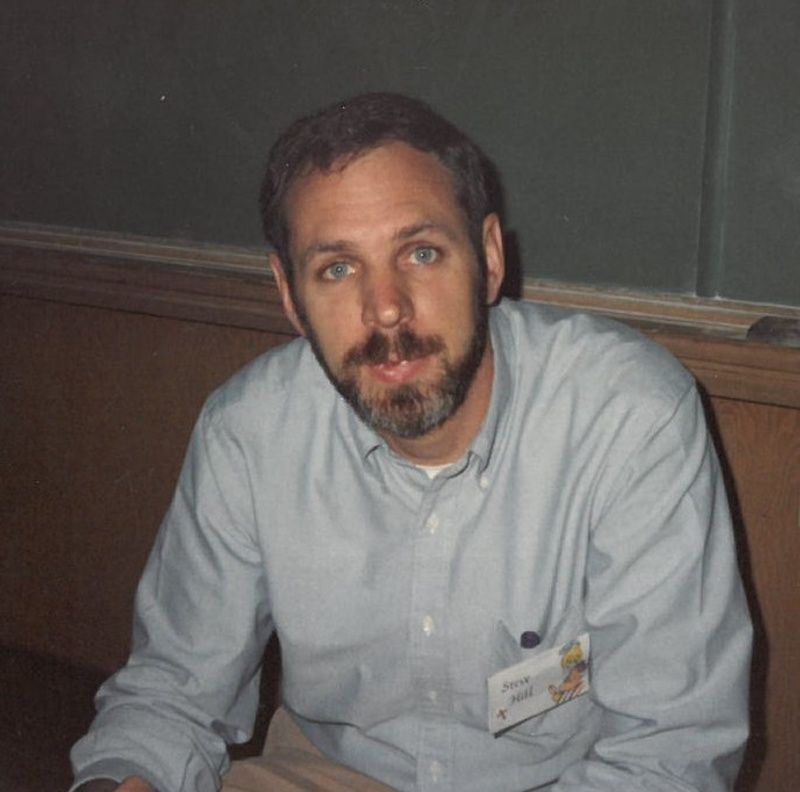 Born in Portland, Ore., May 22, 1949, Steve was the son of William Joseph and Margaret Bernhardt Hill. Steve grew up in southwest Portland, attended St. John Fisher and St. Thomas More schools, and became the second of four members of his family to graduate from Jesuit High in 1967. He enrolled at Gonzaga University and was a member of the graduating class of 1971. After completing his CPA licensure, he found work with an accounting agency offering remote work assignments as external auditors. Though coincidences do exist between Steve's departure and the near-simultaneous disappearance of hijacker "DB Cooper," no credible evidence was ever produced to refute Steve's claim that he had been sent to Anchorage, Alaska for legitimate business in order to conduct a financial audit of a client company. He remained in Alaska for several years.
After his stint in Alaska, Steve returned to Portland and found more regular work in the city. Around this time he purchased a home on NW Overton St (likely helping to establish the neighborhood's fashionable reputation), became a season-ticket holder of the Trailblazers, and also developed an interest in amateur adult athletics. Though recreational team sports are only a footnote in most of our lives, this hobby was much more significant for Steve because it was while organizing a women's softball tournament that he crossed paths with Marsha Hathorn. After a whirlwind romance, they married in the spring of '83 and several months later, Jonathan was born. It was around this time that he began working at Tonkon Torp LLP, where he would spend the bulk of his career as Controller and head of the firm's Accounting department. In 1986 the Hills welcomed a second son, Christopher, and in 1988 the family relocated to Beaverton, not far from his childhood home.
After settling in Beaverton, Steve became active in a variety of local organizations. He volunteered to teach evening Catechism classes for many years at the family's parish, St. Cecilia. Steve was continually involved, year after year, in coaching his sons' youth basketball and baseball teams. He was an annual participant in the Portland Bridge Pedal, and was also an avid outdoorsman; he loved camping and fulfilled a longtime ambition in 2002 when he bought a 20 ft. Glasstream powerboat. In 2011, he moved with Marsha to Oregon City for retirement. In 2013 he was diagnosed with Lewy Body Dementia, the terminal condition that ultimately claimed his life; in 2019 he was diagnosed with Leukemia and underwent chemotherapy.. In his last years he made a renewed commitment to physical activity to strengthen his constitution, including horseback riding, in-home training, daily walks, and "Rock Steady" boxing classes.
He was preceded in death by his parents, William and Margaret Hill; and his brother-in-law, Bob Smith. Survivors include his wife of thirty-eight years, Marsha; brother, Dennis (Pat) Hill; sisters, Patricia (Fred) Granum and Mary Smith; two sons, Jon (Shene) Hill and Chris (Megan) Hill; numerous nieces and nephews; two granddaughters, Emma and Annie, and a third grandchild expected in April.
To order memorial trees or send flowers to the family in memory of Stephen Francis Hill, please visit our flower store.