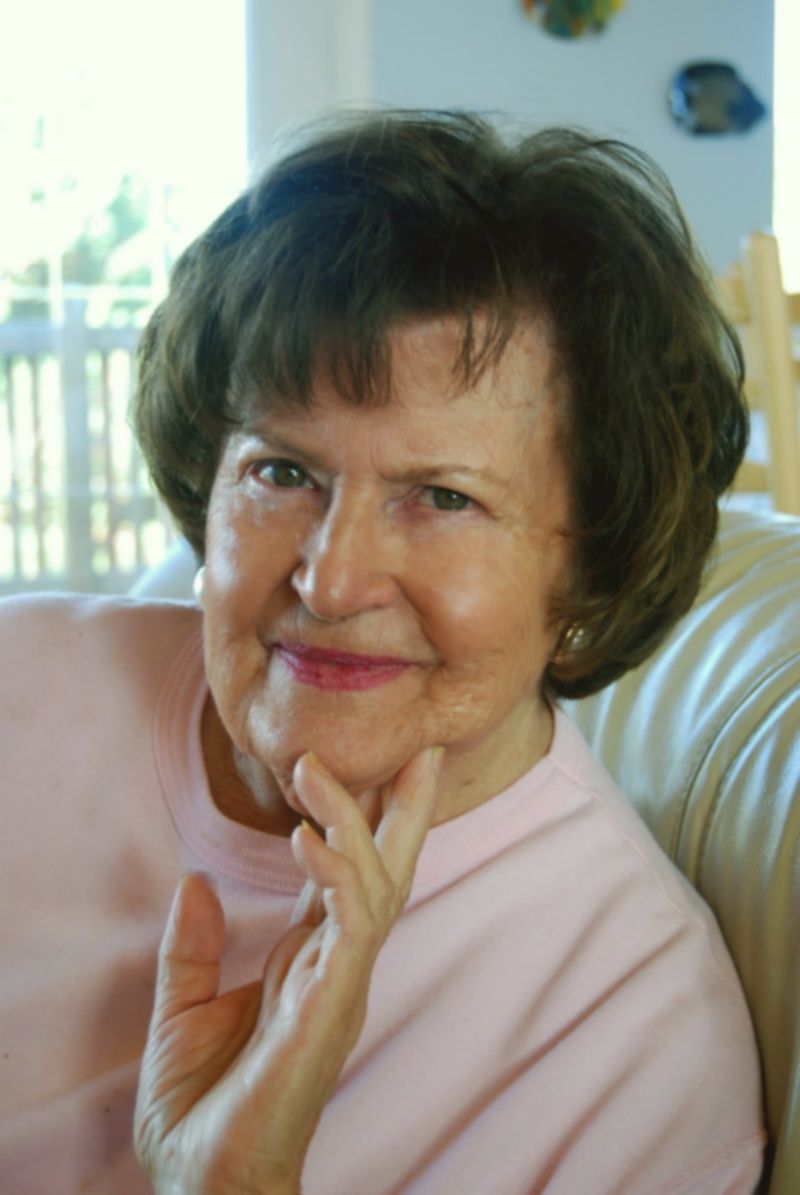 Shirley Ann Long Kavanaugh was the youngest 96-year-old you could have ever met – in health, spirit, and spunk. She defied the laws of aging effortlessly and naturally. So much so, that her children loved to joke that her RA (Reverse Aging) factor was record-shatteringly high. We honestly believe she would have outlived us all, had she not received the heavenly call from her beloved parents on June 29, 2021.
Born on January 5, 1925 in Portland, OR, she was the only daughter of two children born to Leslie Joseph Long and Margaret Katherine Haines Long. She entered this world exactly as she left it, surrounded by family with that classic "Shirley A" impish sparkle in her eye. Growing up alongside her older brother Jack W. Long, she spent her childhood practicing her Catholic faith, being a dedicated student, navigating the neighborhood on wheels (albeit roller skates or her treasured bike), and all along the way, brightening those around her with her mischievous attitude and charm. She attended The Madeline School from 1st to 12th grade where her love affair with sports first began. She became an "All-Star" on the basketball team during her tenure there (something she would brag about for the rest of her days)! A natural in both sports and smarts, she went on to receive her Bachelor of Science Degree in Nursing from the University of Portland, on a US Army Scholarship, graduating in June of 1948. That very same month, she married William C. Kavanaugh Jr. and over the years, they grew to a family of 10. Shirley gave birth to eight beautiful children, 4 close-knit daughters and 4 rambunctious sons - Margaret, Melinda, Dennis, Peter, Danny, Kimberly, Mary Jo and Joey. She would also become the second mom to her sons in law, Jerry, Alan, Tom, and John and her daughters in law, Jenifer and Cindy who loved her as their own.
Shirley Ann pioneered the Kavanaugh family ship with pride and candor, having been both a working woman and a working mom in a time where many women did not take on both roles. She always had time for her children as they were her greatest joy and they all adored her in return. She also found time for fun, joining the Swing-A-Longs bowling team in 1968. Her claim to fame was bowling a 287 in tournament play (150 pins above her average!) and subsequently becoming the star of a local newspaper article about her unbelievable win. Her energy was limitless, and it remains a mystery to this day how she managed to do it all.
In May of 1989, she retired and traded in her scrubs for golf tees, gardening tools, and beloved grandma duties. She joined the Glendoveer Women's 9 Hole Golf League and was a member for over 30 years. She would go onto become The Club Champion many times over. The promotion to Grandma brought her 21 grandchildren and 21 great-grandchildren. She loved being a grandma and incited traditions at every birthday (a $5 bill taped inside a heartfelt card, $10 if you were lucky, that always ended in "I love you, Grandma") and every year at Christmas time (a whole day at Grandma's cozy home for a sugar cookie baking-decorating-eating all day affair). It couldn't have been easy keeping up with that many grandchildren, but she did it with ease and grace, making frequent appearances at sporting events, school plays, recitals, Baptisms, First Communions, Confirmations, graduations, weddings, and you-name-its. She was everywhere and anywhere with a smile and a hug to give. She was the ever-present cheerleader.
Her later years brought her a newfound love of late night Rummikub tournaments, dollar tree shopping, winning big on the penny slot machines and watching any and all sports on her living room TV in her beloved twin Lazy-Boy chairs. Her home of over 61 years became an oasis of love and comfort to her many treasured friends and family. It came as no shock that she chose to enter God's heavenly gates from that same cozy living room with her family surrounding her.
Shirley Ann Kavanaugh, also known as Shirl the Burl, Shirley A, Precious, Mudder, Skip, Sweetie and The Pretty One, has taught us all what it meant to live big and love big. She will always be remembered for her kindness, non-judgmental nature, relentless positive attitude, and her unconditional love for everyone she knew. Though her work here on Earth may be done, her legacy and spirit live on inside of each of us that she touched with her impish sparkle, mischievous charm, and her irrefutable love for her family.
She was preceded in death by her parents and her older brother Jack.
Shirley's memorial service will be held on Friday, July 9th at St. Rose of Lima Catholic Church in Portland, OR with a Viewing at 10 am, a Rosary at 10:30 am, and a Funeral Mass at 11 followed by a celebration of life. She will be laid to rest at Gethsemani Catholic Cemetery in Clackamas, OR.
In lieu of flowers, please consider a donation in Shirley's name to The University of Portland Nursing School,
ONLINE: GIVING.UP.EDU/KAVANAUGH
MAIL: University of Portland Attn: Office of Development/In honor of Shirley A Kavanaugh 5000 N. Willamette Blvd Portland, OR 97203 Ph: 503-943-8501
Please sign the on-line guestbook, share photos and send condolences at www.tributes.com/ShirleyAnnKavanaugh and www.legacy.com.
To order memorial trees or send flowers to the family in memory of Shirley Ann Kavanaugh, please visit our flower store.