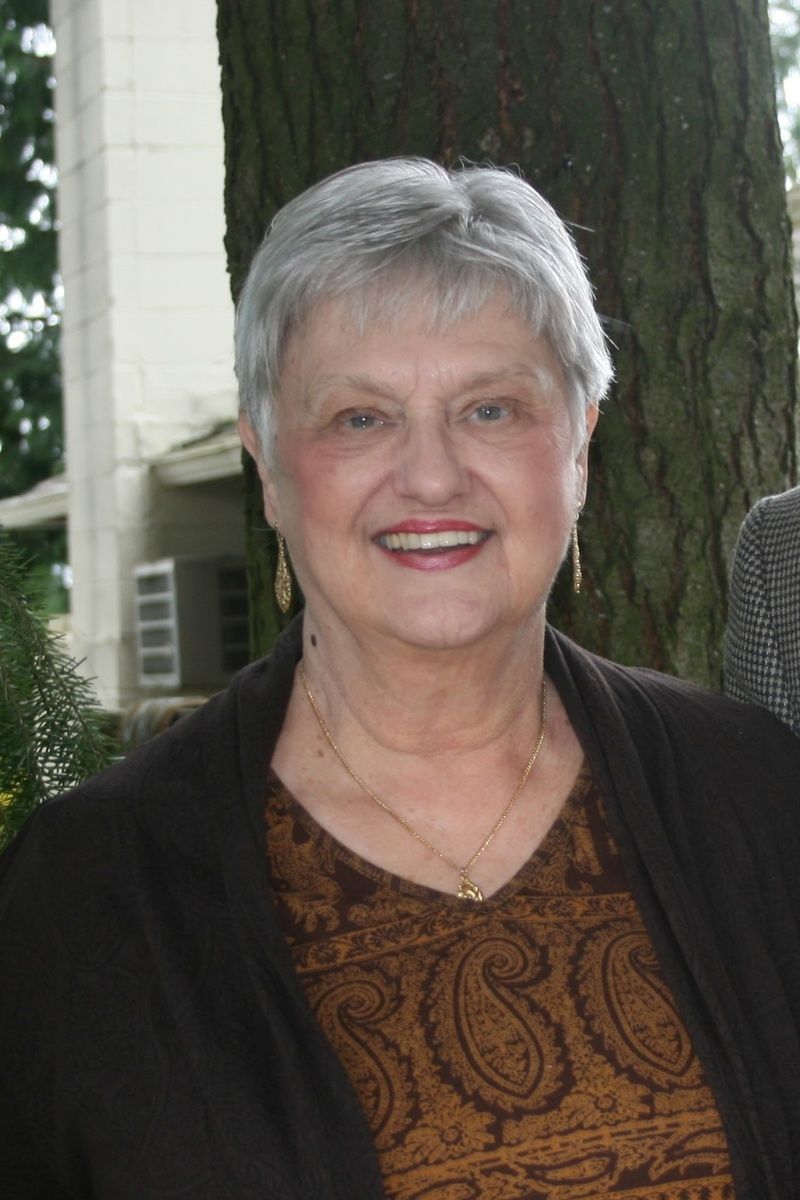 Sandra Sue Strathmeyer was born in Quincy Illinois in 1941. She graduated from Quincy College in 1963 and married Ronald Reinebach in 1964. They moved to Eugene Oregon, where he went to law school and Sandy taught grade school. She had twin girls Amy and Catherine in 1968. They moved to Corvallis in 1968 living there 11 years. In 1975 their third child Kurt was born. Sandy was a homemaker during these years.

In 1979 they moved to Astoria. Sandy spent her time raising children, volunteering for various activities at school and church and working in her yard. In 1982 Sandy went back to work as business manager at Ft. Clatsop National Memorial until her retirement in 2004. After retiring, Sandy and Ron moved to the Portland area where they currently reside near two of her children and 4 of 7 grandchildren.

Sandy planted tomatoes, flowers and various other plants annually at her home. If you visited in the spring or summer, you would be treated to a tour of her the plants that were growing in different areas of her yard.

Sandy was an avid sports fan, attending all her children's sporting events-every volleyball game, basketball game and track meet. She was a volunteer timer at Astoria High School home track meets, frequently standing in the pouring rain and driving wind for the whole meet. She always knew how teams were doing in each season: basketball, football, baseball and golf. She loved March Madness and was unavailable during the first few days of each tournament due to the number of games to be watched. She was sorely disappointed in 1981 when the 1st ranked OSU men's basketball team lost in their first game of the NCAA playoffs (tournament brackets were promptly removed from the wall). She was a long-time Trail Blazers and U of O football fan.

Sandy and Ron were good friends with Chuck and Sara Meyer. In retirement, they often visited each other's homes (the Meyers live in Astoria). Activities most always included games of pinochle (with the ladies allowing the men to win periodically to preserve their egos). For their 50th anniversary, Ron and Sandy took the trip of a lifetime to Paris with the Meyers.

Sandy loved reading, especially murder mysteries. She owned every book written by Agatha Christy. If you were watching a who-done-it with her, she always knew who the culprit was well before they were revealed.

Sandy also loved Christmas. She had a large collection of Santa statues she put out every year. Her grandkids loved to visit and wind up her Christmas carousel or re-arrange her miniature Christmas town under the tree. On Thanksgiving it was officially OK to start playing Christmas music or watch Christmas movies. We have lost count of how many times the family watched "It's a Wonderful Life".

Sandy was a loyal friend, a devoted mother and wife. She will be sorely missed by all who knew her, especially her family.
To order memorial trees or send flowers to the family in memory of Sandra Sue Reinebach, please visit our flower store.