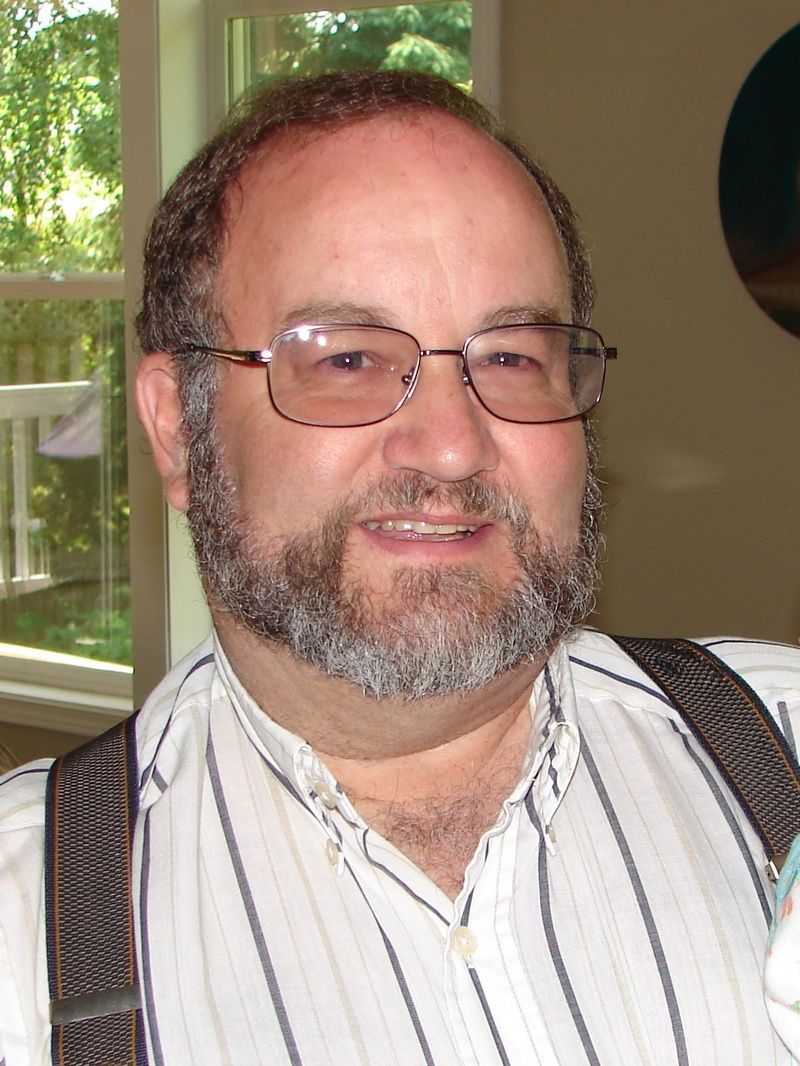 Roger was born in Hillsboro, Oregon on September 29, 1949 to Cyril Anthony Van Dyke and Gertrude (Vandehey) Van Dyke. He grew up on a farm in Verboort, Oregon and attended Visitation School and Jesuit High School. While studying engineering at University of Portland he met the love of his life, Anne Marie Neilson. They married in September 1970 and made their home in Portland.

Roger served in the Army National Guard, being called to active duty in 1972. Returning to Oregon, he began his career at Zidell Industries, and in 1984 began working for Paco Pumps (later Grundfos), from which he retired in August 2016. For over thirty years Roger used his engineering skills and charming personality to supply hydraulic pumps to agricultural and industrial projects.

He was a sweet, humble, and patient man of great integrity. His many friends remember him most for his quick wit and zinging one-liners. The "Rogerisms" he came up with through many card games are legendary. Roger was a man of strong faith and most of his adult life was an active and involved parishioner at St. Ignatius Catholic Church.

His greatest joy in life was raising his six children, of whom he was immensely proud. His example taught them to be prepared, work hard, think things through and be loyal. All of them learned at his patient instruction how to work with their hands, be it fixing a car, wiring a house or pouring concrete.

One of his greatest joys in life was becoming a Grandpa to Wren and Otis Grabham and Kira and Calvin Van Dyke.

Roger passed away peacefully in his sleep on August 17, 2019 after a three year battle with cancer and dementia. He is survived by his wife Anne Marie, children: Neil of Cambridge, Massachuetts, Ed of Tacoma Washington, Cheryl Grabham (Andrew), David (Serin), Hans, and Emily Milton (Nathan), all of Portland, Oregon. He is also survived by brothers Michael and Sam of Verboort, Oregon, Clifford of Bellevue, Washington and Sheila of Portland, Oregon. He was pre-deceased by brother Roland of Copperopolis, California.

The family appreciates your prayers and support. In lieu of flowers please consider a donation to either the Archdiocese of Portland https://osd.archdpdx.org/give-today or for local donations for children with spinal muscular atrophy, to the Cole Parker Randall Foundation http://smilesforsma.org/.
To order memorial trees or send flowers to the family in memory of Roger William Van Dyke, please visit our flower store.