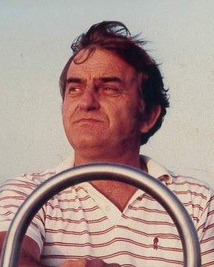 As as young child Robert “Bob” and his family moved to the N.W. Portland area in what was known as Guild’s Lake. He attended Lincoln High School, graduating in 1951. Bob enjoyed playing baseball for Lincoln and continued to play ball on many teams with family and friends.

Bob was drafted by the Army and served time in Korea. Upon his return, he went to work for Timber Structures. In 1967, he joined the Portland Police Bureau where he was known as “Bobby” and retired from this much loved career in 1990. After retirement Bob had more opportunities for his love of golf, sailing, woodworking, trips to Hawaii (a place he loved), camping, fishing with his son, Jim, and joining friends at Elmers for breakfast.

To order memorial trees or send flowers to the family in memory of Robert Leroy Braaten, please visit our flower store.