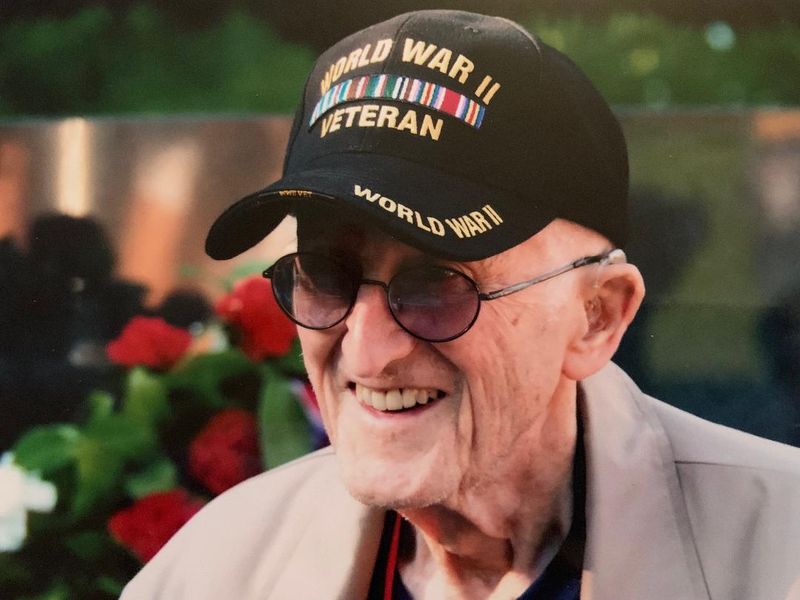 Rino Carbonari, resident of Portland Oregon, formerly of Spokane Washington, passed away recently at the age of 92. Rino was born in Somers Montana to Henry and Domenica. Rino was preceded in death by his parents, brother Anthony, brother Mario, and sister Edith.

Rino joined the Navy at 17 and graduated from basic training at Farragut Idaho. Rino went on to serve in the South Pacific seeing combat at Iwo Jima and Okinawa. His service continued through the Korean conflict.

Upon returning to civilian life Rino found the love of his life, Dorene. They were married in Spokane Washington and raised 3 children. Rino was a printer, working 34 years for the Spokesman Review. Rino is survived by his wife of 66 years Dorene, three adult children and 8 grandchildren.

Recently Rino participated in an honor flight to Washington DC. It was a wonderful trip which he was very thankful to attend. Our thanks to the honor flight organization and the work they do for all veterans.

A funeral liturgy will be held 11:30am, March 1st at Gethsemani Catholic Funeral home. Following the liturgy, Rino will be committed at the Willamette National Cemetery.

Memorial Donations can be made to St Juan Diego Catholic Church and Providence Hospice.
To order memorial trees or send flowers to the family in memory of Rino Victor Carbonari, please visit our flower store.