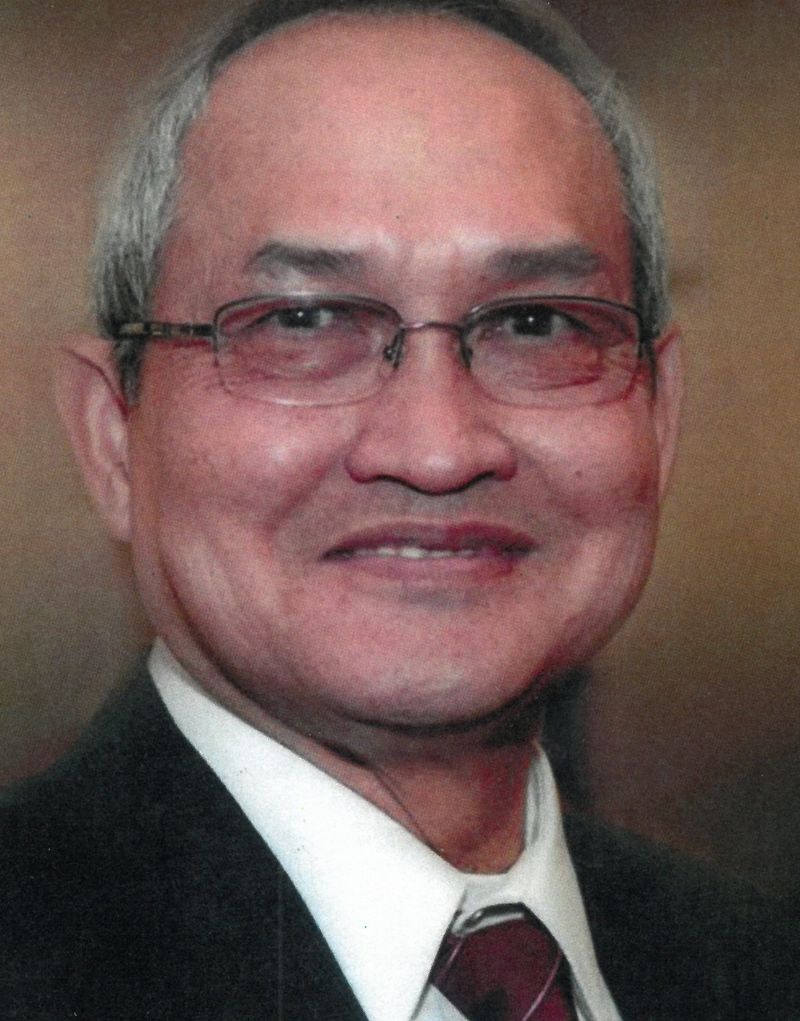 Peter Ho Phu Nguyen lived a very virtuous life. He served in the Vietnam Air Force as an officer from 1969-1975, checked airplane engines and procured supplies that were needed throughout the Vietnam War.

After the war, in 1978, he and 11 other family members fled via Pacific Ocean by boat. There was no captain, no map, and with very little food, they reached to Thailand. This escaping was a miracle. and he believed that God helped him.

In his time in Thailand, Peter met a friend in a refugee camp. This friend eventually was going to go to California, and asked Peter to come with him to San Francisco and work. Peter agreed and then worked in an electronic company, making a mere $3.35/hour. He lived with him in a studio/room, and slept on a mat on a floor, sometimes on a couch, for $80/month. With no relatives in America at the time, he phoned a friend in Kansas for a better job. Here, he worked in a slaughterhouse for $7/hour, and though it had better pay, it was very hard for him to make a living.

He met Maria Tina Lan Thi Tran in Dodge City, Kansas in 1984, where she was also looking for a job. They both ended up working together and creating a fruitful relationship. They were married on April 14th , 1985, and within the first year, they conceived their first son, Joseph. The following year, John was born, then Jonah, and two years after, their first daughter, Rebecca was born.

The whole family moved to Portland by train in 1989. They wanted to be closer to his sister who had just left Vietnam. Later, James, Jimmy, Jacob, Sarah, Christina, and then Julie all entered their lives. Peter participated closely with the Our Lady of Lavang Parish, Portland, Oregon and dedicated his life to God and his family. His children were his pride and joy. At the passing of his wife on August 8th, 2018, tor her three years of battling with colon cancer, he had also been battling with lung cancer. In 2019, he was able to return to Vietnam and visit his family for the first time since he had first left, which was one of his life-long wishes.

He valued two things throughout his life: God and Family. He believed that through God, anyone would be able to live a happier life, and this was very important to him and his Family. Not only was he determined and dedicated to God, he vs-as also a pillar of support to his family. Everyone, including those who were not part of the Catholic Church, looked to him as a symbol of hope and support because of his unwavering love to God, the Church, and his Family. As he always believed that there were ways that everyone could find his/her way to God through strong faith. Let us remember him and carry on his legacy that so many can only imagine to accomplish.

He will be greatly missed by his ten children, a daughter in law, and a granddaughter, and many who came to know him. May God's Will soon grant the soul of Peter Ho Phu Nguyen a special place in Heaven.
To order memorial trees or send flowers to the family in memory of Peter Ho Phu Nguyen, please visit our flower store.