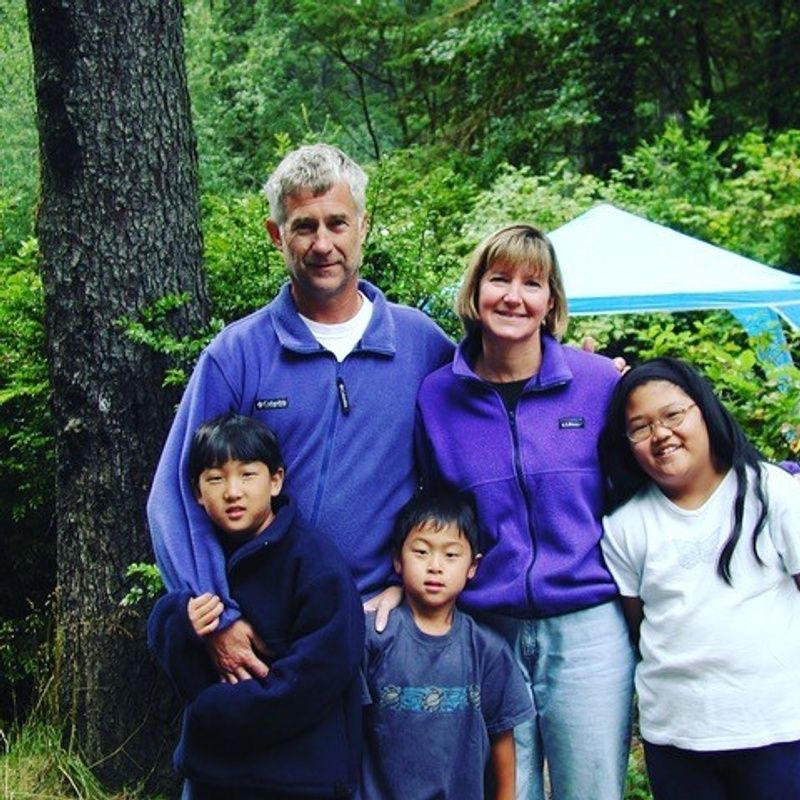 Michael D. Johnson passed away on November 21st from complications of pulmonary fibrosis. Mike was born and raised in Salinas, California, the second of six children born to Paul and Margaret Johnson. He attended Saint Mary's College of California and was a member of the College's rugby team, remaining lifelong friends with his teammates. After graduating in 1972, Mike moved to Ketchikan, Alaska for three years, serving as a Jesuit volunteer and enjoying many fishing adventures on his Boston Whaler. In 1975 Mike moved to Portland, and soon began a long and successful career as a financial advisor. While volunteering as a Special Olympics basketball coach, Mike met the love of his life, Kathy, who was on staff at the time. Mike enjoyed an active lifestyle, participating in marathons, Hood-to-Coast teams, and Cycle Oregon rides. Over the years, Mike also loved volunteering with many community organizations. He coached a variety of youth and Special Olympics sports, and was among the coaches selected to run the Boston Marathon with the first ever group of Special Olympians.

Mike's greatest joy was being a father and a husband, and he could not have been more proud of his three children. He is survived by his wife Kathy, children Hannah, Sam, and Jay, and siblings Mary, Paul, Joan, Jean, and David. He was greatly loved by his many nieces, nephews, in-laws, and friends. For those wishing to honor the memory of Mike, in lieu of flowers please consider a donation to one of the following organizations- De La Salle North Catholic High School, Saint Mary's College of California Scholarship Fund, or Holt International Children's Services.
To order memorial trees or send flowers to the family in memory of Michael David Johnson, please visit our flower store.

Our Lady of the Lake