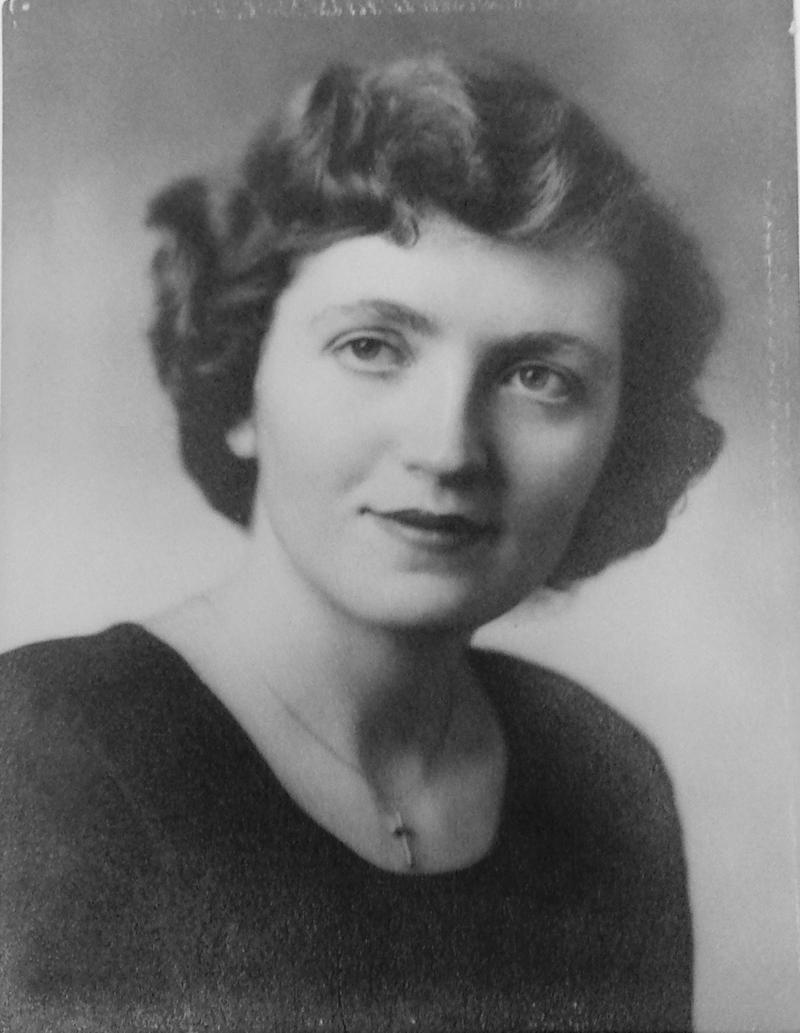 A Mass of Christian Burial will be held at 9:00 a.m. Monday, Nov. 13, 2017 at Holy Rosary Catholic Church in NE Portland for Mary Jeanette Walsh, who died peacefully Oct. 28th with her five children and numerous grandchildren and great-grandchildren at her side. Recitation of the Rosary will be at 7:30 p.m. Sunday, Nov. 12th in the church.

Mary was born Sept. 7, 1924 in Brooklyn, NY. With her parents, William and Rose Trumbull, and her brother Robert, she relocated for a few years to Columbus, Ohio, until the sudden death of her father from a heart attack at the age of 33, when she returned with her family to be near her mother's many relatives in Brooklyn.

However, she always loved her summers spent in the Seattle area with her father's family and, in 1943, she and another friend moved West to attend Seattle College, where she, already a voracious reader, thrived on a superb Jesuit education, and grew in her love for Gilbert and Sullivan, enthusiastically joining in college productions.

A fun-loving oldest cousin to her many young cousins, instigator of countless sledding and skating parties, and a delighted and delightful camp counselor into adulthood, Mary wanted to be a teacher, so transferred to Marylhurst College, to earn her certificate, graduating in 1948, with the knowledge that, as a graduate of a Catholic college in those years, she would not be hired in the Portland Public Schools.

She taught first-grade in the outlying Parkrose school district, into the early years of her marriage, and substituted regularly in Portland-area public schools subsequently, as anti-Catholic sentiments lessened.

Her greatest love and joy as a teacher was her dedicated service at Holy Rosary Parish, where she prepared two generations of children for First Holy Communion in her 37 years as a beloved CCD teacher, retiring at age 88.

One of her great passions was International Folk Dancing, twice a week, with Kyklos at Reed College for decades, and Nomads in SE Portland in recent years, until age 91, joyfully introducing nearly all of her children, grandchildren, and great-grandchildren to dancing, along the way.

Keenly aware of the importance of family, she and her husband Ed, gathered the growing number on countless occasions, most especially every Christmas Eve, for a celebration described recently by a granddaughter as "practically liturgy - of Pre Vatican II complexity and Post Vatican ll liveliness."

She was married in 1952 to Edward P. Walsh of Portland who preceded her in death in 2007.
Survivors include Rosemary (Randy) Young, Kathleen (Tim) Tomassi, Patrick (Tracy) Walsh, Thomas (Diane) Walsh, and Molly O'Donnell along with 25 grandchildren and 12 great-grandchildren.