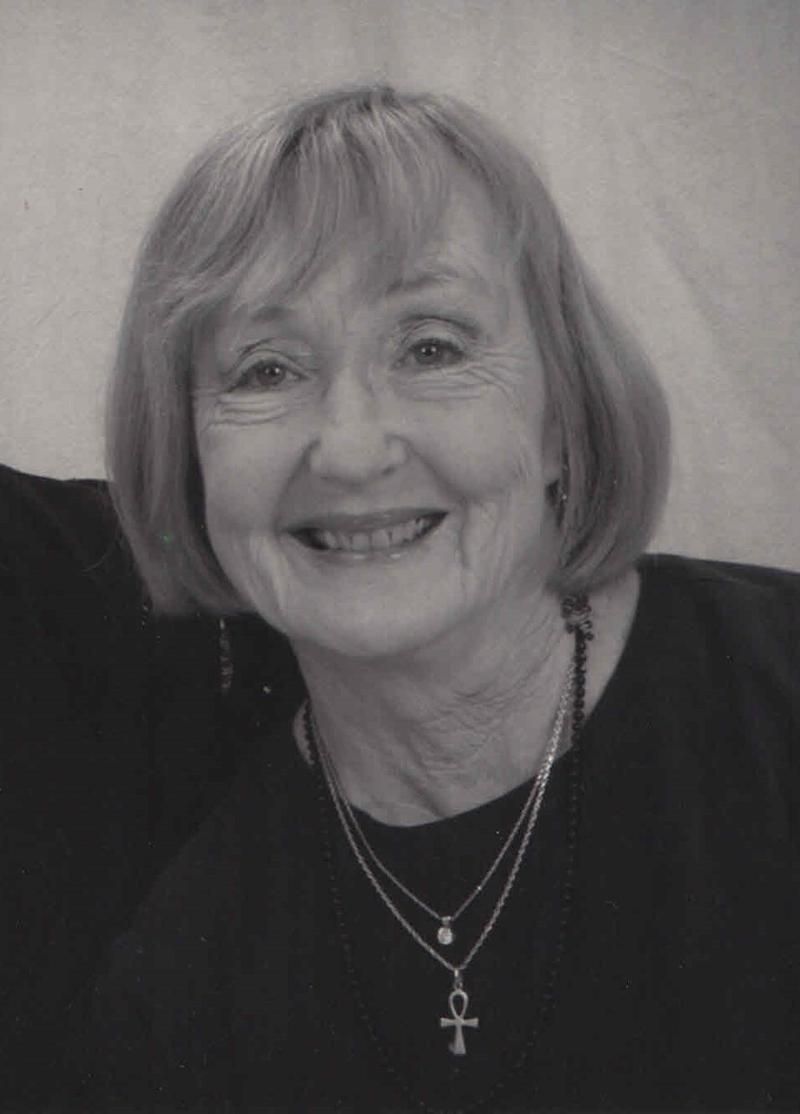 Mary Terese (Terri) Greenfield (nee Shiells) died October 23, 2017. Terri had been living with Alzheimer's disease for the past six years. A Mass of Christian Burial will be held at St. Andrew Catholic Church in Portland on Monday October 30th at 7:00 pm. All are welcome.

Terri was born and raised in Phoenix, Arizona. She was the only child of George Francis Shiells and Joan Callaghan Shiells. She attended St. Thomas grade school and Xavier College Preparatory High School. Growing up in Phoenix, Terri developed her lifelong fondness for good Mexican food and her distaste for hot weather. She moved to Portland to attend college at the University of Portland, where she met fellow UP student Michael Greenfield (Mike) during her freshman year. Terri graduated in 1969 with a degree in sociology, and she and Mike were married several weeks later. Terri and Mike remained in Portland to start their family. They welcomed daughter Julia in 1971 and son Brian in 1974. Terri and Mike enjoyed a 48-year marriage filled with love and laughter.

Terri had a long and successful career advocating for, mentoring, and inspiring others. Her first jobs were at the Regional Office of Adult and Family Services as a food stamps and Aid to Families with Dependent Children caseworker, and then with the Brodart Corporation as a book buyer for JK Gill. In these roles, she honed her natural talent for networking, relationship building, and creating connections. In the early 1980's, Terri was named the first Director of the newly established Women's Resource Center of Portland Community College at the Cascade Campus. She led Project Independence, which prepares women students for college and successful careers. She was later recruited to be the founding Director of PCC's Steps to Success Program, and from there was appointed Dean of Business and Government. While working full-time and raising her two children, she earned a Master's degree in Education with highest honors at Portland State University. She concluded her career as PCC's Dean of Adult Basic Skills. In this role she worked to help establish PCC's new Southeast Portland campus. After retirement from PCC, Terri continued to serve as a consultant to community colleges around the country on the improvement of adult basic education programs.

Terri was a trailblazer in balancing personal and professional goals and satisfaction. She was actively involved in her children's lives and in the St. Therese parish faith community. Terri and Mike chaired St. Therese School's Parent Association, where Terri's greatest achievement was supplementing the popcorn and hot dogs sold at St. Therese athletic events with homemade Mexican flautas that she and Sr. Lynn Marie Gillanders fried to order by the hundreds. Terri taught her children by example to work hard for others during the week, and to reserve weekends for reading in bed until the wee hours of the morning, sleeping late, and enjoying good food and wine with family and friends.

Though she was a natural introvert, Terri developed and nourished new lifelong friendships at every stage of her life, from elementary school through her retirement. Mike and Terri enjoyed traveling and spending time with friends and family around the country and the world, particularly Italy, Spain, and the Mediterranean Islands. In her last fifteen years, Terri's greatest joy was the birth of her four grandchildren, Derek, Amelia, Natalie, and Gabriel. Though Terri was otherwise known for her humility, she frequently called Julia and Brian after ferrying a grandchild to some activity or other to remark on how gifted, precocious, smart, talented, or just generally exceptional that particular grandchild was. Each grandchild was her favorite.

Thousands of lives have been enriched by Terri's generosity with her time, intelligence, energy, passion, and humor. Her family, friends, and colleagues knew her as a tremendously caring and authentic person who fiercely supported all those she loved and those who needed love. Terri was deeply committed to the development of people through education as a means to address social and economic inequality. She was tenacious in her work to help women acquire the skills they needed to secure jobs, develop meaningful careers, and support their families. She strived to ensure that educational programs and facilities were well suited to meet the needs of women and families in diverse communities. In lieu of flowers, Terri's family suggests honoring Terri's legacy with memorial contributions to one of the following organizations: Adelante Mujeres, 2030 Main St. Suite A, Forest Grove, OR 97116 (www.adelantemujeres.org); or St. Andrew Nativity School, PO Box 11127, Portland OR 97211 (www.nativityportland.org).