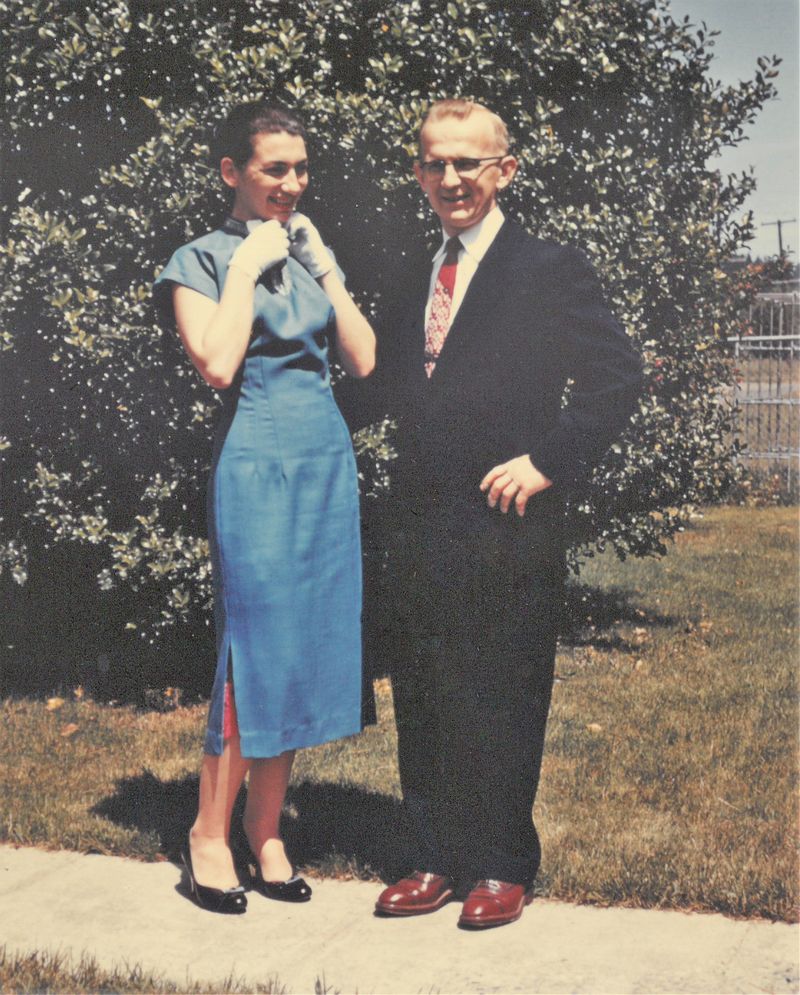 Martha A. (Brown) Burke died peacefully on September 4th, 2018 at Prestige Care and Rehab of Reedwood in Portland, Oregon. She was born on February 4th, 1934 to William Brown and Marie Sampson. She is the loved baby sister of six older sisters.
Upon graduating from St. Mary's Academy in Portland, Oregon she went to work at White Stag and on March 8th, 1952 she married Martin E. Burke (Martha and her sister Willa married brothers, Paul Burke and Martin Burke).
Martha was known for her perpetual smile and happy disposition. Her love of fishing garnered her her own tackle box. She reveled in outings and picnics with the family. She had a passion for dabbling in watercolor painting and you could view her paintings hanging on the walls of her home. Classes in art history were pursued at Portland State University.
She had a devoted love to the Blessed Virgin Mary.
She was preceded in death by her parents, her son, Martin Gerald, and five sisters, Margaret O'Brien, Isabelle Weisensee, Elizabeth Reichow, and Kathryn Turner.
She is survived by her husband Martin, her sister Willa Brown Burke, numerous nieces and nephews, and her six sisters-in-law; Mary Monaghan, Theresa Carney, Anne McVay, Kathleen Overbey, Midgie Sprecher, Patti Burke and one remaining brother-in-law Bob Burke.
To order memorial trees or send flowers to the family in memory of Martha A Burke, please visit our flower store.