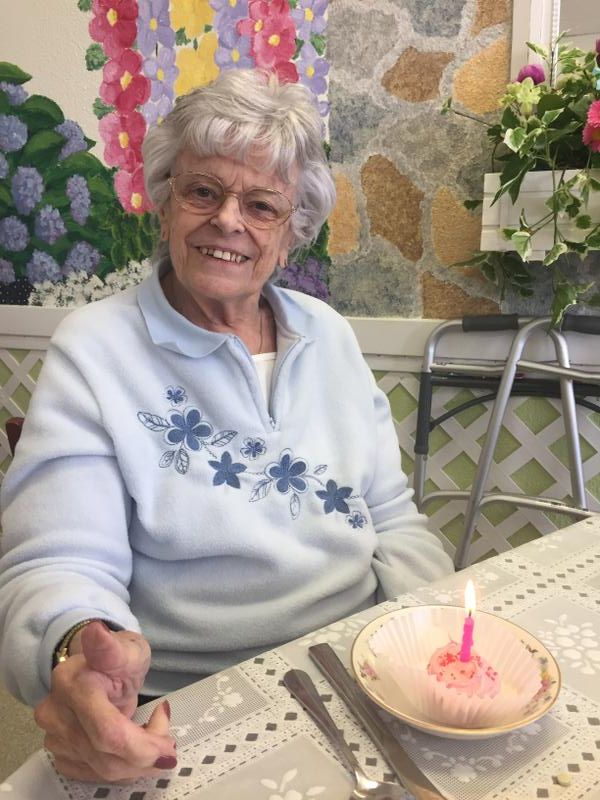 On Saturday, September 29, 2018, Marilee "Bunny" Ann Bailey, loving wife and mother of three children, passed away at the age of 81.

Bunny was born on April 14, 1937 in Portland To Raymond & Alma McCoy. She moved to Hillsboro then
Tillamook with her parents where she graduated Tillamook Catholic High School. Then on to Providence School of Nursing. As an R.N. she was office nurse for 3 physicians in Milwaukie. Later she was secretary at Christ the King school and Registrar at LaSalle High School. Bunny married Brian Bailey in 1963 and they raised 3 daughters, Danielle, Patricia & Jodi.

She was known as an organizer with a great sense of humor. She could match wits with the best. A grandson once wrote "gma is the funniest woman alive" and "Best cookie award —Grandma." She loved spending time with her girls, also 8 grandchildren and 2 great grandchildren. She was always complimenting people and was well liked. She also loved spending times at the beach with family and especially with her best friend Joann Devlin. She was also known for her Christmas candy, especially the peanut brittle.

Bunny was preceded in death by her brother Denny and daughter Jodi. She is survived by her husband Brian, two daughters, Danielle and Patricia, sisters Donna & Patricia, several nieces and nephews.

A funeral service will be held Friday, October 12, 2018 at Christ the King church on Fuller Road in Milwaukie at 11 a.m.
To order memorial trees or send flowers to the family in memory of Marilee "Bunny" Ann Bailey, please visit our flower store.