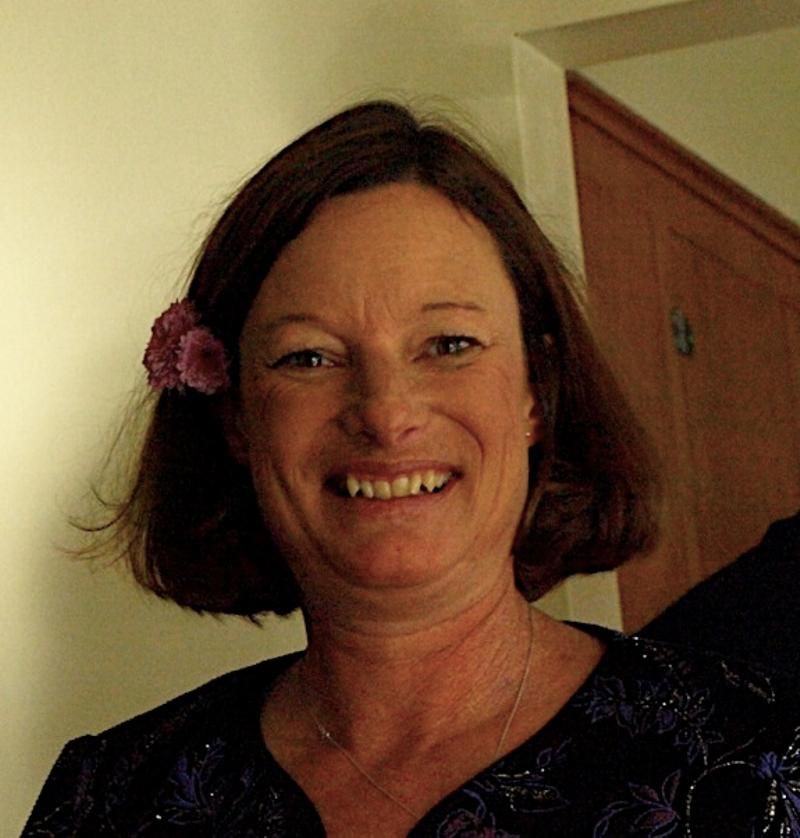 As a child, Margaret had wild curly hair and enjoyed playing on the swing set, riding her bike and gymnastics. She could turn a perfect cartwheel and wanted to be a gymnast. She loved salty foods and could be found putting ice cubes in her milk or bowl of cereal.

Margaret attended St. Rita Catholic School until its closure in 1970, graduating from Parkrose High School in 1978. She married her first husband in 1979 and had her two oldest sons, Jason and Ryan.

In 1984 she married her Junior High sweetheart Roscoe, completing their family with daughter Christina and youngest son Jared. Roscoe and Margaret renewed their wedding vows at St. Rita in October of 2008.

Margaret was an active volunteer at St. Rita, helping wherever she could. She was a participant in a faith sharing group and attended weekly bible study.

Margaret took pleasure in crafts of many types; taking metal working in highschool and creating gifts for her siblings; paper crafts, creating multiple nativity scenes out of hard stock paper; assembling countless puzzles and mounting them as display pieces, most notably completing "hay in a needle stack"; and spending hours creating clay designs in glass items. A talented seamstress, for many years she sewed clothes for herself and her children.

She baked a wide variety of desserts, family favorites included tri-level brownies and the classic chocolate chip cookie. She especially loved holidays, decorating the house for Christmas and the 4th of July.

She took great joy in her five grandchildren, enjoying trips to the beach and playing outside with them as much as possible. She did not hesitate to get down in the sand and make a sand castle, build a snowman, or make a mess with them.

Margaret's sense of humor spread joy wherever she went; her authentic sense of self encouraged others around her to embrace their weird side. She was warm, welcoming, energetic and fun. She sought adventure and memory-making in everything she did.

She was preceded in death by her father Joseph in 1985, and her mother Marie in 2011.
She is survived by her husband Roscoe, her children, Jason (Lisa), Ryan (Rachel), Christina, and Jared; 6 siblings: Theresa (Chris), David (Mary), Gerald (Elaine), Elaine Pattison (Jesse), Robert, and Maria Fuhrmann (Kai); 5 grandchildren: Connor, Keira, Caden, Kyla, and Caleb.
To order memorial trees or send flowers to the family in memory of Margaret Mary Jones, please visit our flower store.