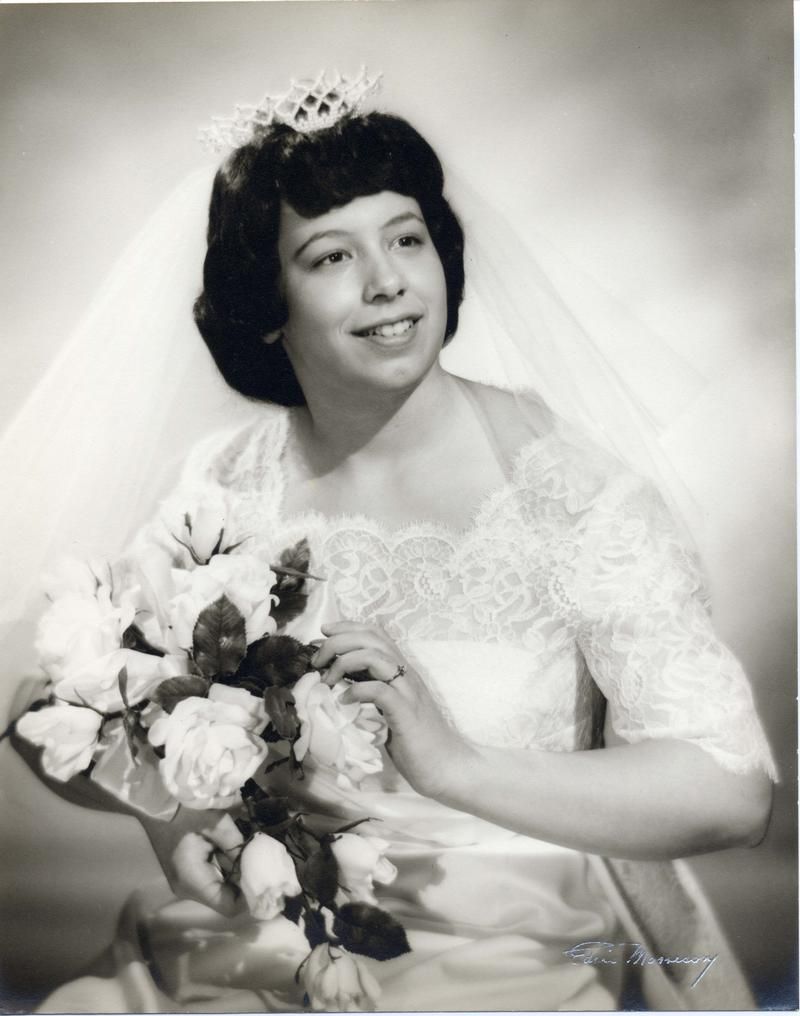 Louise Marie Rinella Deis was born on May 11,1945, to Anthony (Tony) Rinella and Maxine Allara Rinella, in the hospital at the U.S. Military Academy, at West Point, New York. Tony was stationed there teaching radio to the cadets. Tony mustard out late in 1945, and Tony, Maxine and Louise returned home to Portland. Tony returned to the produce business, as he had been doing prior to the war and joining the U.S. Army. In July of 1946, they bought their home on Mt Tabor, in which they raised their four children, and where Maxine lived until 2016. The family became very active in Ascension Catholic Parish, where Tony and Maxine chaired the Parish Spaghetti Dinner from 1953 until Tony passed away in 1982, and Maxine continued to chair the dinner with two family members and two friends until 2005.

All four children attended and graduated from Ascension Grade School, and Louise graduated from Ascension in 1959. Louise attended high school all four years at St Mary's Academy and graduated in 1963. Louise attended Portland State from 1963 to 1965. Louise also took great pride, and had great memories, of the years she spent after school and during the summers working in her Father Tony's produce stand, on Yamhill Street in downtown Portland. She had many pleasant memories that she reflected on often, including the many local Portland celebrities of that time, who frequented her Father's stand, and who become good friends of his.

On New Years Day, January 1, 1966, Louise and Jim Deis were married at Ascension Church. Jim had a house built in Eugene in 1965, and immediately following the wedding, they began their married life in Eugene. In 1968, their Daughter Christina was born, Melissa was born in 1973, and Tony was born in 1975. In 1976, the family moved back to the Portland area, buying a house in Oak Grove. In 1999, Jim and Louise moved into Portland on Mt Tabor, about 11 blocks from the house that Louise grew up in. From the beginning when Louise and Jim were married, and for about twenty years, Louise did child care, and made a difference in the lives of many children. She took care of over 40 children, and for many of those children, was a part of their lives for the first three to four years of their lives. All that while, being a wonderful mother to her children, and a major part of the lives of many of her many nieces and nephews.

Louise then decided she needed to do something different and became a Merchandizer for Hallmark Greeting Cards and Ambassador Greeting Cards. Louise quickly adapted to being a merchandizer and she thoroughly enjoyed this time in her life. She enjoyed the responsibility of the job, making a difference, and working with her fellow merchandizers and with the many people in the stores that she serviced.

Shortly after Louise retired, two of her nieces had children, and her first Granddaughter was born. Louise felt the need to make a difference in the lives of Children again. She loved taking care of her Granddaughter, a Great Niece, and two Great Nephews and several other children. Jim retired very shortly after Louise in 2004, and they have very fond memories of those times with all of the kids, and the impact that the kids made on Louise's and Jim's lives also. In recent years Louise has ceased to care for children on a daily basis, but has spent much time enjoying life with all five of her Grandchildren.

Several sayings or phrases and words made an important difference in Louise's life , and she kept reminders of these sayings and words, around the house, to keep those sayings and words, always fresh in her mind. One phrase and two words were, "keep it simple", "believe", and "love". Louise always tried to live her life as simple as possible, to always follow her strong beliefs, and to always show the maximum amount of love possible for her children, their spouses, her grandchildren, extended family, and friends. That is what her life was about. She also had one other important phrase that always was on the screen of her IPAD so that she would always see it every time she turned on her IPAD. It was, "You are nearer to Heaven when you are near to the ocean". She always wanted to be at the coast and on the beach as much as possible. Louise also loved road trips, baking biscotti and other things, and cooling Italian foods, with family and friends, and hours deep in conversation with close friends and family, talking about life.

Louise has left her children, grandchildren, and many others, with a lasting legacy, of living simply, loving, caring and giving. She will be greatly missed by her family many others.

Louise has been preceded in death by her Father Tony, her Mother Maxine, brother Jerry, sister Jeannette, several of Jim's siblings, and spouses, and six nieces and nephews. Louise is survived by her husband Jim, daughter Christina and husband Maury, daughter Melissa and husband Andy, son Tony and wife Molly, her five grandchildren. Louise is also survived by her sister Peggy, brothers-in-law John, Bob, and George, and 85 of her 91 nieces and nephews.

Louise desired and requested donations to be made locally to organizations providing food for children in dire need.

In lieu of flowers the family wishes you to donate to: The Oregon food Bank. Donations can be made by calling Donor Relations at (503) 853-8727 or online at www.oregonfoodbank.org/donate. It should be specified that the donation is in memory of Louise Deis and that the donation is specifically for only feeding children. That will assure that the funds go to the Child Hunger Fund.
To order memorial trees or send flowers to the family in memory of Louise Marie Rinella Deis, please visit our flower store.