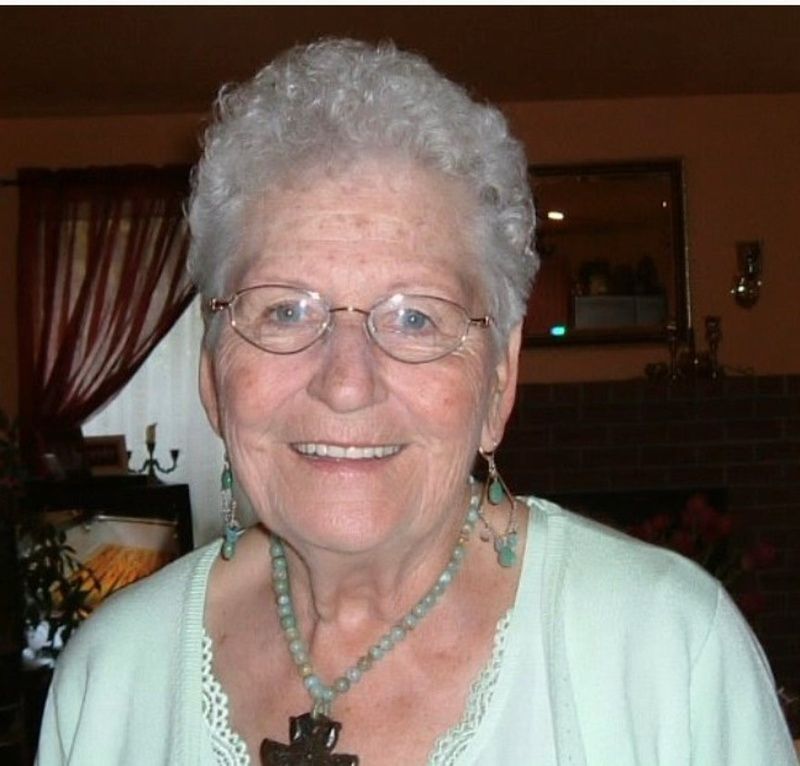 Lorraine Loretta Thompson, 90, of Gladstone, Oregon, passed away January 27th 2022.
Lorraine was born to Stephen and Thelma Hegedus, October 1, 1931 in Bismarck N. Dakota.
Lorraine married her husband, James Thompson in 1949 and were married 57 years before his death in 2007.
Lorraine's favorite role was wife, mother & grandma. She adored her family and was fortunate that most of her family lived close by and were very close to her. She was a beautiful seamstress, making annual Easter dresses for her 6 daughters, in addition, several wedding dresses and the dresses for entire wedding parties. She was active in PTA and Scouting.
She has 9 children; Linda Mobley, Iris Schenk, Sandra McDaniel, Jim Thompson, Charmane Thompson, Cynthia Souther-Blanchard, Thomas Thompson, Dennis Thompson. She is preceded in death by daughter Carol McDaniel.
Lorraine has 9 children, 19 grandkids, 28 great grandkids, 2 great, great grandkids.
She is survived by sisters Charlotte Hammond, Mavis Evans, and brother Edward Hegedus. She is preceded in death by her brothers John "Jack" Hegedus and Donald Hegedus,
To order memorial trees or send flowers to the family in memory of Lorraine L. Thompson, please visit our flower store.