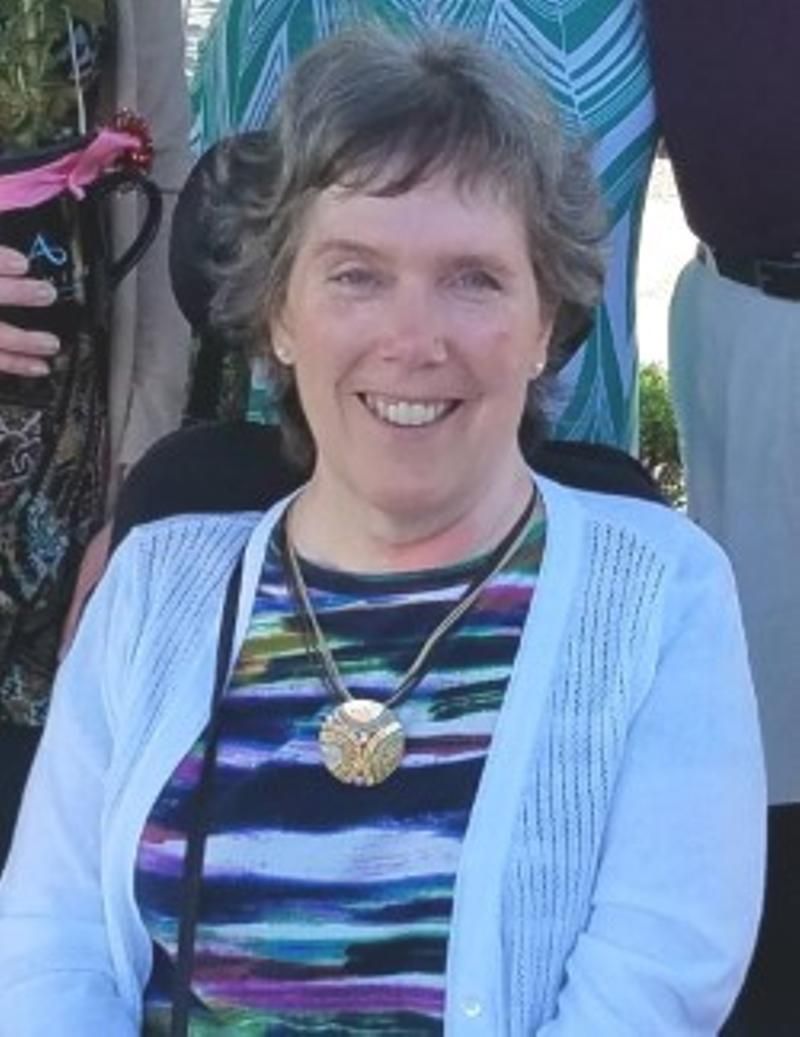 Lisa Katherine Goddard passed away surrounded by loving family on June 5, 2018. She was born at St. Benedict Hospital in Ogden, Utah on January 18, 1960.
In 1972, Lisa moved to Oregon with her family, two dogs, one cat and a gerbil. She attended Rowe Middle School and Rex Putnam High School in Milwaukie. Following graduation, Lisa attended Portland State University where in 1984, she graduated with a Business Administration: Marketing degree with Honors. She was a member of Pi Beta Phi Sorority.
Post-graduation, Lisa was hired by Portland General Electric Company as a Customer Service Representative. She later worked in the Human Resources and Corporate Communications Departments.
While at PGE, Lisa sought to raise disability awareness and was involved in the Access for All project and later helping with the organization of PGE's Diversity program. Even though Lisa needed help at times, she asked that others not define what she could achieve and said, "just ask".
Lisa was not tolerant of promises not kept, laziness or disorganization. She was kind, generous, a trustworthy friend, a lover of travel, music, the outdoors, reading, art, and animals.
In 1978, she received a Certificate of Achievement from the Volunteer Bureau of Greater Portland and has volunteered throughout her life, most recently at Girls Inc. and SOLVE Oregon.
After thirty-one years of employment at PGE, Lisa retired in 2016. She has lived the past 18 months at Laurelhurst Village in Portland where she has made new friends with residents and Caregivers.
The family would like to extend our gratitude for the loving and special care Lisa received from the Physicians, Nurses and Clergy at Providence Portland Hospital.
Survivors include Parents, Jerry and Joanne Goddard; Brother, Andrew and his Wife Ronda Goddard; Nephew, Benjamin Goddard and his fiance' Jordyn Fisher; Nephew, Alexander Goddard; Niece, Savannah Goddard and Aunt, Eleanore Mayne.
Funeral Mass will be held at 1 p.m. Thursday, June 14th, 2018 at St John the Baptist Catholic Church- 10955 SE 25th Avenue, Milwaukie, OR 97222.
In lieu of flowers, remembrances in Lisa's name may be sent to:
Oregon Humane Society. 1067 NE Columbia Blvd, Portland, OR 97211 or
SMA (Spinal Muscular Atrophy) Division of Muscular Dystrophy Association 4800 SW Macadam Ave Portland, OR 97239
To order memorial trees or send flowers to the family in memory of Lisa Katherine Goddard, please visit our flower store.