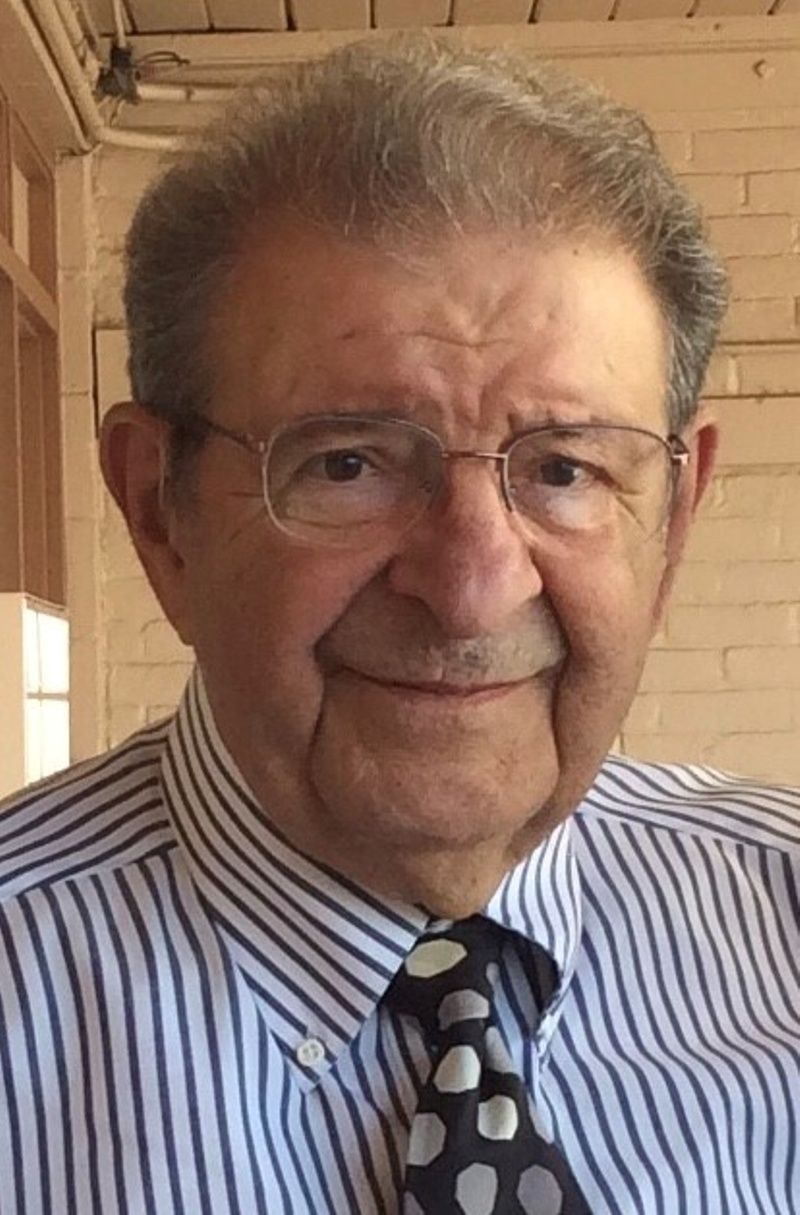 Leroy Michael Rask lived his life like a Sinatra song: bold, exuberant, and always rooted in love. So it's no wonder that when he left this world on February 15, 2021, all of us who knew him felt we lost a legend.

Lee was born in Butte, Montana on March 29, 1931, to Michael Paul Rask and Annie Elizabeth Joseph. He grew up surrounded by a close-knit, multigenerational Lebanese family, including his brother Raymond and his sisters Gloria and Nancy, along with his cousin Gene Rask and many other relatives. He spoke often of his respect and admiration for his grandmother, Manush Johns, whose strength and determination led her family to emigrate with her from Hadchit, Lebanon to the United States.

When he was 12, Lee moved with his family to Portland, Oregon, so that his father could work in the shipyards during World War II. Though war brought Lee to Portland, love is what kept him here. In 1953, Lee met the great love of his life, Bonnie Jangala, at a high school basketball game. Over 67 years of marriage, Lee and Bonnie traveled the world, raised six amazing children (Rick, Jeannine, Linda, Mike, Maria and Annie), welcomed their children's spouses (Bruce Ashford, Scott Jensen, Tim Weaver, and Mike Miller) and became grandparents to 10 grandchildren (Abbey Jordan, Nicholas Ashford, Matthew Ashford, Christopher Ashford, Emily Jensen, Ryan Weaver, Kathrine Miller, Reid Weaver, Rachel Miller and Juliet Weaver) along with welcoming 4 great grandchildren with a fifth on the way (Rahya Ashford, Lilliana Ashford, Cruz Ashford, Leo Ashford and Baby Ashford due May 2021) and their mothers (Ashley Ashford, Christine Smith and Sarah Ashford).

Lee and Bonnie have been a bedrock and guiding force for a strong, supportive extended family that includes their siblings' children, grandchildren and great grandchildren. To every beloved family member, Lee echoed the simple yet powerful words his own father passed down to him: "Stay together. Take care of each other." In his final days, Lee stayed true to his father's words as he brought us together around his bedside after being kept apart during the pandemic – singing, laughing, and telling stories about the memories we've shared.

In addition to raising an incredible family, Lee was a well-respected businessman who wore many hats over the course of his career: serving in the Air Force, earning his pilot's license, starting his own cattle ranch with his brother Raymond, and dedicating the majority of his professional life to blazing a trail in the insurance and structured settlement industries. Lee's colleagues started out as business contacts and went on to feel like family (and many started out as family, with several of his children working with Lee over the years). All knew him as the ultimate people person – not only outgoing and magnetic, but deeply committed to doing the right thing for those around him. Whether you met him once in passing or knew him from the time you were born, Lee left an impression of deep caring and compassion on every person who crossed his path.

It's impossible to capture in just a few words a man who means so much to so many. But these three come close: aren't we lucky? It's what Lee often said when in the company of the ones he loved – whether seated around a dinner table or a hospital room – and nothing feels truer now. We are all so lucky to have known Lee. Lucky to live in a world where he left his indelible imprint of love, kindness and joy for life. He leaves us with all the tools we need to carry his legacy forward, so that even through this difficult farewell, we can believe the best is yet to come.

Due to the current health crisis, Lee's first memorial service will be a small gathering of immediate family members, but we look forward to celebrating his life with all of those he loved when it's safe to do so. For now, we invite those inspired to honor Lee's memory to make a donation to the Rask Family Memorial Fund – www.raskmemorial.org – an entirely volunteer-run organization providing college scholarships to Oregon youth that Lee co-founded in loving memory of his son, Michael. Lee believed strongly in the power of education to transform lives, and would have loved for his life to be celebrated by ensuring more young people can follow their dreams.
To order memorial trees or send flowers to the family in memory of Leroy Michael Rask, please visit our flower store.