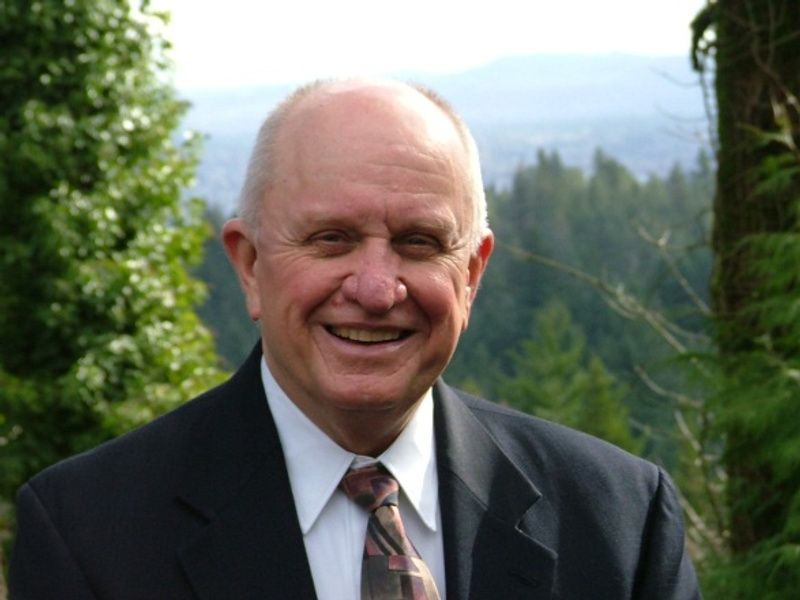 Lawrence Joseph Wolf, known to most as Larry, passed away on March 15, 2022 at the age of 83. He left this world peacefully, while holding the hand of Barbara, his wife of 60 years.

Larry was born in St. Louis, Missouri in 1938 to parents Vincent and Clara. After graduating from St. Mary's High School, he joined the US Army and then went on to higher education, earning Bachelor of Science and Master of Science degrees in mechanical engineering, followed by a Doctor of Science in structural engineering, all from Washington University in St. Louis.

He entered teaching as the founding member of the mechanical engineering department at St. Louis Community College. Then he taught in Saudi Arabia for two years at the King Fahd University of Petroleum and Minerals. As associate professor at Purdue University at Calumet, he headed the department of Manufacturing Engineering Technology. He went on to become the dean of the College of Technology at the University of Houston where he stayed for ten years before moving to Oregon to become the president of Oregon Institute of Technology. In 1998, he retired from that position to become President Emeritus and a Distinguished Professor in the Oregon University System. His teaching career took him all over the world, giving him the opportunity to teach courses or assist in the development of educational programs at colleges and universities in Iran, Norway, Nigeria, Singapore, and Japan.

Larry was passionate about continuing education and research, and did sabbatical work as a visiting scientist at Brookhaven National Laboratory where he would study superconducting magnets for use in the Supercollider particle accelerator in Waxahachie, Texas. Additionally, he spent a year at Boeing, participating in the design of the 777 jetliner.

Larry enjoyed many outdoor activities like camping, canoeing, cross country skiing, and bicycling. He particular enjoyed Portland's annual Bridge Pedal ride where he would get the opportunity to get a close look at the structures connecting Portland across the Willamette River. He loved dancing with Barbara, and spending time with his children and grandchildren. He and Barbara enjoyed singing in the church choir, and during their time in Klamath Falls both were actively involved with the Ross Ragland Theater, where he once played the lead role in Gilbert and Sullivan's "Mikado."

Larry was a loving husband, father, uncle, and grandfather. He is survived by his wife, Barbara, children Theresa, Carl, and Lawrence, five grandchildren, and one great grandchild.
To order memorial trees or send flowers to the family in memory of Lawrence Joseph Wolf, please visit our flower store.