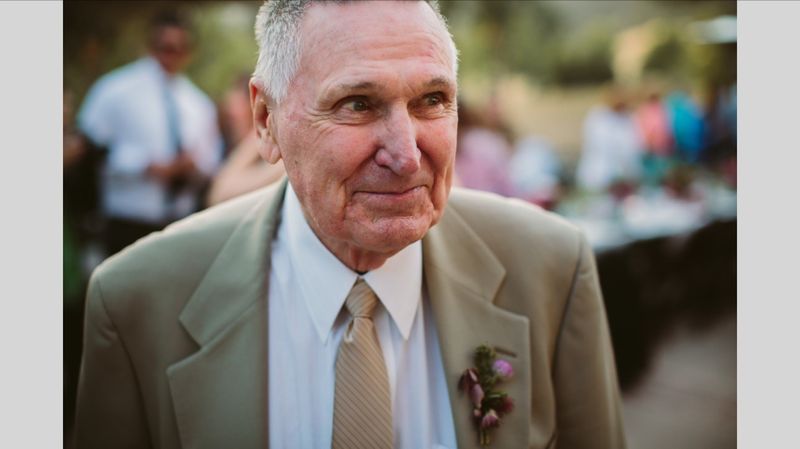 Larry Richard Moyer was born in Sellwood, Oregon on November 25, 1930 to Harry H. and Rose C. Moyer. Larry was the youngest of five children— Harry, Tom, Emma, and Mary Moyer—who all preceded him. He attended St. Agatha's and St. John the Baptist Catholic Church. He graduated from Central Catholic High School where he excelled in football and boxing. In his senior year, he competed in the national golden gloves boxing tournament in the Boston Garden. He went on to attend the University of Idaho where he played football and boxed. While there he won two Pacific Coast boxing championships in the light heavyweight division and was eventually inducted into the Idaho Hall of Fame. While in college, he enrolled in the ROTC program, and went into the Army upon graduation.

During his high school years, at a Valentine's Day dance, he met the love of his life, Elaine (Skopec) Moyer. They married in 1952. Larry and Elaine had six children—Rose Gibney (Tom), Debi Anderson (Tim), Teri Moyer, Sheri Stankey (Bob), Chris Moyer-Davis (Jeff), and Larry Moyer (Darla). Over the course of their marriage, Larry and Elaine had eighteen grandchildren and twenty great-grandchildren.

After Larry's military service, he returned home to work in his family's theater business. He excelled in this business, and worked owning and running theaters until his retirement in 1995. In this capacity, he and Elaine were fortunate to attend conventions and mingle with the Hollywood elite. Larry was the first chairman of the Oregon Film and Video board and was instrumental in bringing movies to film in Oregon. One of his most important projects was opening the Rose Moyer theater in Southeast Portland as a dedication to his mother.

Larry was a generous and charitable person throughout his life. He was especially dedicated to the Serra Club, Catholic Charities, and Sisters of the Road. He and Elaine enjoyed traveling the world together, and owned homes in Maui and Palm Springs. He enjoyed playing golf and racquetball and was a member of both the Portland Golf Club and the Multnomah Athletic Club for many years.

Larry was a dedicated family man. He loved being surrounded by his children, grandchildren and great-grandchildren. One of his favorite ways to bring the family together was to gather everyone for a New Year's Eve dinner. He was a wonderful role model and adviser to his family, employees, and community.

In lieu of flowers, the family would like to ask that donations be made in Larry's name to the OHSU Foundation – Layton Aging and Alzheimer's Disease center or to one of his favorite charities.

Funeral services will be held on March 10th at Christ the King Church in Milwaukie. Rosary at 10:30am with the funeral at 11:00 and a reception to follow. Please join us in celebrating the life of our dear family member Larry Moyer.
To order memorial trees or send flowers to the family in memory of Larry R Moyer, please visit our flower store.