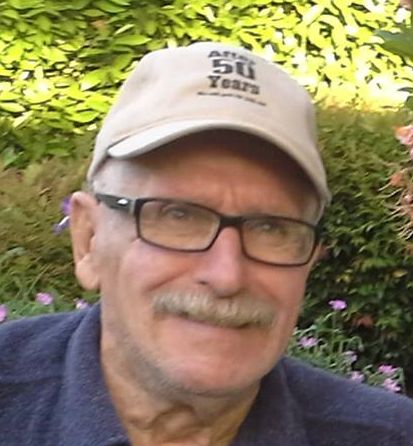 A loving husband, father, grandfather ("Papa"), uncle and friend, Joe passed away peacefully at his home surrounded by his family on October 25, 2020. There will be a private funeral service at Willamette National Cemetery.
Born in Ardoch, North Dakota to Julian and Lavina (Lavin) Duray, Joe grew up in North Dakota with his sisters Ann and Margaret and attended Holy Family High School. Joe was married to Myrna Marie Marken (from Manly, IA) on May 23, 1964, celebrating their 56th wedding anniversary this year. Joe was inducted into the Army in March 1964 and served at Fort Sill, Oklahoma until March 1966. Joe and Myrna resided in Oklahoma until 1970 where they had two children Janelle and Mark. After 5 years in Amarillo, Texas, they moved to Portland, Oregon in 1975 where the family resided for more than 45 years. Joe worked in industrial pest control for over 40 years. Prior to his retirement, Joe was self-employed for 10 years with his company Joe the Fumigator.
Many summer weekends were spent on the river at their houseboat; boating, hunting and fishing with family and friends. He and Myrna enjoyed travelling and visited many places around the country. Joe was a member of Oregon Ducks Unlimited.
Joe is survived by his wife, Myrna; daughter Janelle; son Mark (Dawn); grandson Andrew; sister Margaret Pabst (Terre Haute, IN); and many nieces and nephews.
Joe had a spirit for life, always good for a joke or two, and eager to make anyone he encountered smile. Joe will always be remembered for his love of family and friends, and his mischievous sense of humor that will forever keep us laughing with our memories.
In lieu of flowers, memorials are suggested to: Ducks Unlimited
To order memorial trees or send flowers to the family in memory of Julian Joseph "Joe" Duray, please visit our flower store.