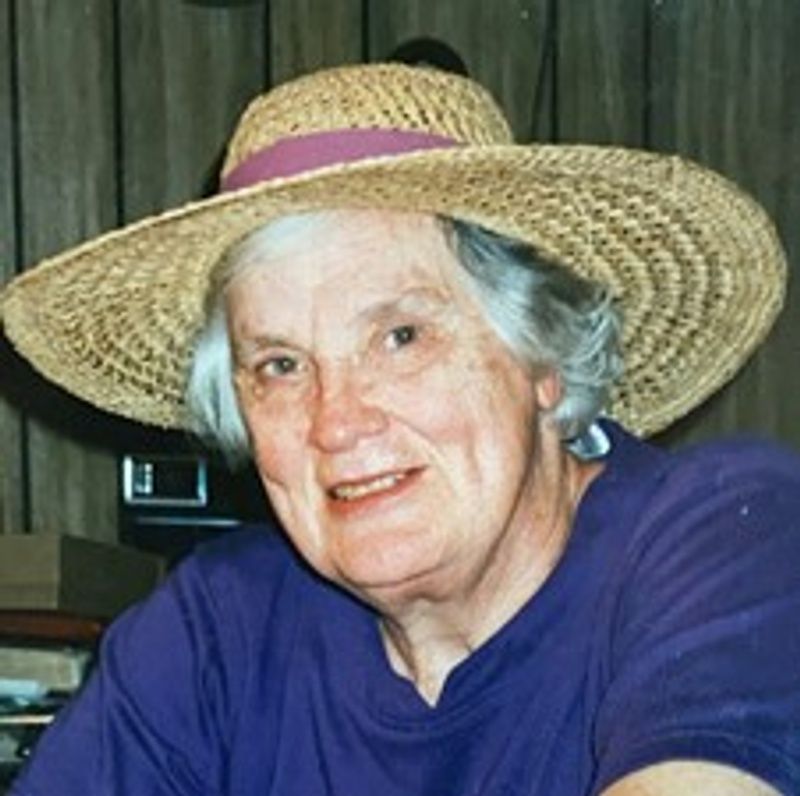 Julia Lucy Hurley Goelz was born on October 17, 1926, in Syracuse, New York. She grew up in Middletown, NY where she was a strong student and eventually went to the University of Vermont to major in Classics, graduating Phi Beta Kappa. There she met Edward Goelz and they were married. Ed and Julia—both high school teachers—settled down in Cortland, NY, with their four children: Margaret, Douglas, Susan, and Christopher. Ed was disabled by polio in 1953 and, in 1964, they decided to move the family West to escape the snow; settling into a modest house near the beach in Half Moon Bay, California.
During their time in California, they enjoyed time with friends and relatives, travel, and bridge. Julia taught high school English for 30 years—exploring with her students everything from Chaucer to Simon and Garfunkel. She obtained her master's in education and published an article in The English Journal, "Repetition and Frustration" (Vol. 63, No. 9; Dec., 1974). After Ed died in 1990, Julia moved to Oregon to be closer to her children. She eventually developed a heart condition that ultimately claimed her; she died peacefully surrounded by family on January 28, 2022.
Julia had an inquiring mind, a ready laugh and an intrepid determination to excellence. She was keenly observant, uncommonly independent and modestly courageous. She loved to sing, particularly when everyone joined in. She didn't take herself too seriously and she was able consistently to see the best in people. She was a marvel and is missed.
Contributions in her memory may be made to the National Parks Foundation.
To order memorial trees or send flowers to the family in memory of Julia Lucy Hurley Goelz, please visit our flower store.