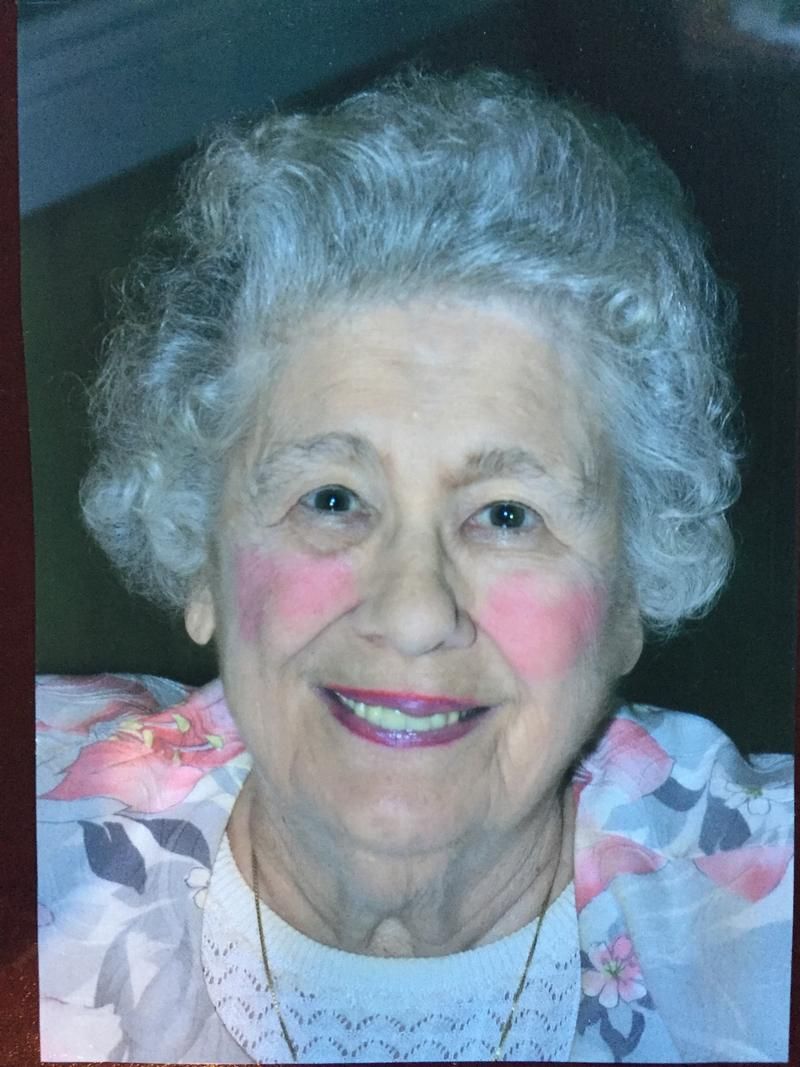 Joyce Verna (Dory) Sample died peacefully under hospice care and with her son at her side in the early morning hours of December 31, 2017 in Portland, OR. She was 89 years old, having lived a full life. She died on the Feast of the Holy Family, which seemed appropriate since family was the most important thing to her in this world.
Joyce was born the youngest of three daughters to John and Martha (Kerski) Dory on September 7, 1928 in Marinette, WI. She was baptized and made a daughter of the living God in the Polish parish of the Sacred Heart, also in Marinette.
Her father died at the age of 39 when Joyce was only 4 years old. Her mother raised the three girls on her own with the loving support of numerous aunts and uncles to Joyce. Before marriage, she worked at the Marinette Clinic.
On June 30, 1956 Joyce married Alexander K. Sample, Jr. at the Church of the Sacred Heart in Marinette and the couple moved to Helena, MT. Her husband was a national bank examiner and later a banker at three different banks during his career.
The young married couple began a family right away and had three children, Martha, Barbara and Alexander, all within the span of 3 1/2 years.
Over the years of her life after marriage, Joyce lived in Helena, MT, Kalispell, MT, Las Vegas, NV, Houghton, MI, Marquette, MI, and most recently Portland, OR.
Joyce enjoyed volunteer work and worked as a hospice volunteer, a hospital volunteer, and as a grade school library volunteer. She was a member of the woman's organization PEO. But Joyce's greatest joy was her family and she enjoyed many happy times with her children, granddaughters and more recently her great granddaughter.
Joyce was a woman of deep faith and was committed to the many Catholic parishes of which she was a member over the years. She served on the Finance Committee of St. Ignatious Loyola Parish in Houghton, MI. She was the driving force behind nurturing the gift of faith in her three children. She had a special devotion to the Blessed Virgin Mary.
Her family and friends describe Joyce as an outgoing, loving person with a great gift of humor. She was one of those people who was always thinking of others before herself, making great sacrifices for her children, granddaughters and others. She had a long list of people for whom she prayed every day. She will be sorely missed by all who knew her and loved her.
Joyce was preceded in death by her parents, her husband, and her two older sisters, Rita Enstrom and Jeanne Stephenson.
Joyce is survived by her three children, Marti Sample of Portland, OR, Barbara (Dan) Krieber of Lake Ann, MI, and the Most Reverend Alexander K. Sample of Portland, OR. She is also survived by her two granddaughters, Christine (Matt) Vara of Plymouth, MI and Laura Krieber of Grand Rapids, MI. Finally she is survived by her latest joy, her great granddaughter, Madison Vara of Plymouth, MI.
A prayer service will be held at the Cathedral of St. Mary of the Immaculate Conception in Portland, OR on Thursday, January 4, 2017 at 7:30 pm, preceded by visitation beginning at 6:15 pm. Joyce's funeral and burial will take place in Marquette, MI. Visitation at the Canale Funeral Home in Marquette will be held on Sunday, January 7 from 4:00 pm until 8:00 pm. A Vigil prayer service will be held at 7:30 pm. Visitation will also be held in the Bishops Room of St. Peter Cathedral in Marquette, MI on Monday, January 8 at 11:00 am followed by the Funeral Mass at 12:00 noon.
In lieu of flowers, those wishing to do so may make a donation to the Seminarian Fund for the Archdiocese of Portland in Oregon or the Seminarian Fund for the Diocese of Marquette.
To order memorial trees or send flowers to the family in memory of Joyce V. Sample, please visit our flower store.

Cathedral of The Immaculate Conception