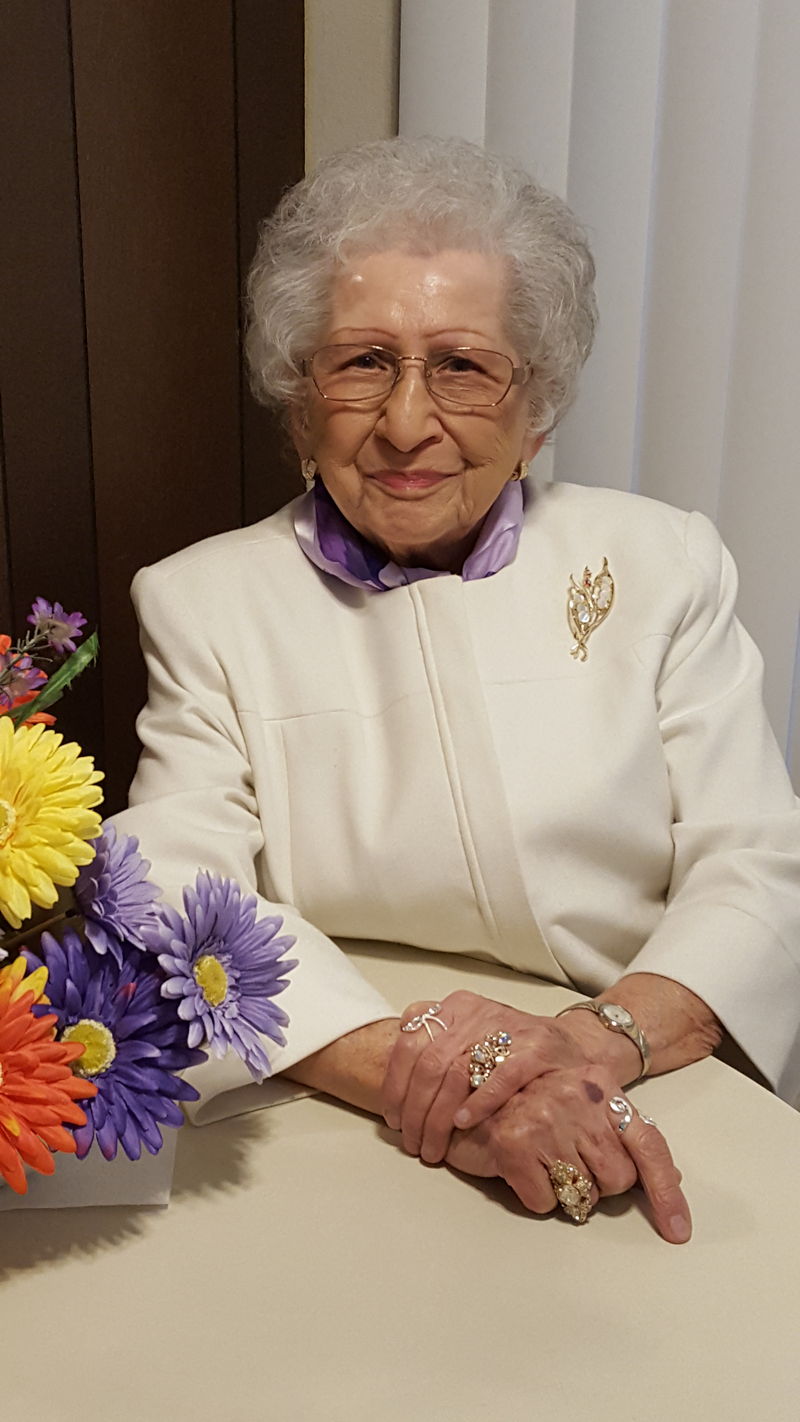 Josephine Teresa Scavone Shanks, born July 10, 1925, was lifted into the arms of our Lord on, May 8th,2020. After a short- term illness with lung cancer at age 94, she passed quietly in her home in SE Portland for the past 50+ years. Josephine was married to LaVaughn Shanks (Lee), for 45 years until he passed in 1988. She fiercely and independently lived on her own for another 32 years. She was determined to take care of herself and not depend on anyone else. She was mother to seven children who knew, admired and cheered her strength and courage every day. When asked what gets her through, she would quote Phillipians 4:13, "I can do all things through Christ who strengthens me."
Josephine was proud to be the daughter of Italian immigrants who came to Ellis Island in 1902. Her parents Cosmo and Carmella left Palermo, Italy because of the desperate times in Italy at that time. Josephine was born and raised in Saratoga Springs, NY as the youngest of nine children. As a first -generation Italian, she spoke Italian at home with her family and English at school. She learned to cook Italian food Sicilian style in her mother's kitchen. Her mother also taught her to pray and she continued as a great prayer warrior throughout her life. She was proud to be a daughter of Saratoga Springs, NY and will be interred with her family in St. Peter's Cemetery.
Throughout her life she always dressed with class and style. People always commented on how beautiful she looked. This came from her first dream which was to become a dress maker designer. At 19 she attended Traphagen Institute of Fashion and Design in New York City in 1944-45. It was then she met and married the father of her seven children. Although she didn't continue with school she always had time to sew, knit, crochet, do needlepoint and other creative crafts. She always made time to teach crafts to neighbor children, grandchildren and anyone who wanted to learn. Whenever one of her family did something creative, she reminded them that we got our creativity from her.
When asked what her greatest regret was, she would say she regretted never learning to drive a car. However, she took every opportunity to travel from coast to coast to see her children and family around the country. At 75 years of age she went on a trip to Sicily to see where her parents had lived. It was a highlight of her life to feel so close to her family roots. She was able to visit her daughter and family in Hawaii and enjoy the island paradise. She often spent time visiting in Puyallup, WA with her husband's family. One of her wild and crazy experiences was going on a military family cruise on one of the world's largest aircraft carriers in the Chesapeake Bay. God certainly took her on wonderful journeys. Some of her most fun times were spent in casinos when her sons or daughters took her to play. She was always ready for an adventure whether it was shopping, going to lunch or getting on an airplane.
Josephine was blessed with three sons and four daughters who were with her in spirit because of Virus Social Distancing. She is survived by Joseph Shanks and wife Terry (NY), Yvonne Sandy widow of Len Sandy (Portland), Shirley Shanks Camenzind (NC), Rocco Shanks and wife Radine (MO), Linda Rehman Sargent and husband Gary Sargent (Clackamas), Carl Shanks (Portland), Marcia Bates (Portland). She had 13 grandchildren, Matthew Shanks, Christina Sandy, Gabriel Sandy, Enno Camenzind III, Ellison Camenzind Floyd, Timothy Shanks, Rocco Shanks Jr, Jessica Shanks McIlroy, Rebekah Shanks Jackson, Adam Rehman, Tina Rehman White, Rebecca Shanks, Anthony Shanks, Stephanie Bates and Jacob Bates. These 7 children and 15 grand children also gave her 46 great grandchildren and 7 great great grandchildren. This beautiful young Italian woman who grew up with a great love of family passed that on to her 75 family members.
Josephine took great pride and joy in her nieces, nephews and Godchildren from coast to coast. Photographs of her large family, past and present, were always displayed around her home where she would gladly tell you about each one. She took pride in being the Matriarch of those God gave her.
Although, she was being cared for by her daughters that lived nearby, Hospice staff were invaluable during the end stages. In lieu of flowers please make a donation to Hospice for their great works.
To order memorial trees or send flowers to the family in memory of Josephine Teresa Shanks, please visit our flower store.