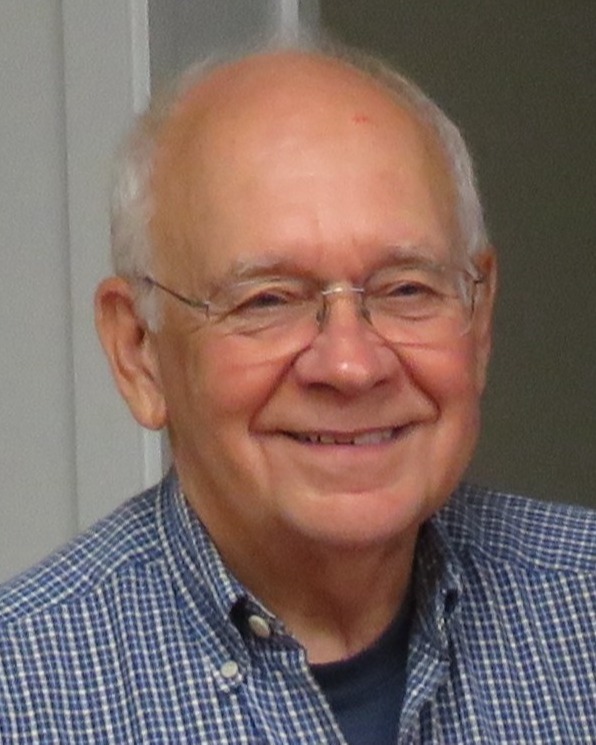 Joe was always known as a hard worker and was expected to earn his own way from a young age.  He began working in his grandfather’s plumbing supply warehouse sweeping floors and stocking bins when he was 6 years old. He started a paper route when he was 9, rising at 4:00 a.m. and delivering his papers to his 500 customers in the bitter cold and sweltering heat of North Texas, while continuing working in the family plumbing supply business through his youth and teen years, unloading steel pipe from rail cars; driving trucks and delivering pipe and fittings, cast iron bathtubs, toilets, and plumbing fixtures to plumbers on job sites.

Joe’s mother and father met at a Benny Goodman dance, when Joe’s father was stationed in the Marine Corps in Louisiana.  His mother loved Benny Goodman’s clarinet playing, so, at age 9, Joe started playing clarinet. He taught himself to play saxophone at 13, and at age 15, he started a professional music career, playing in bands at night clubs and dances in North Texas and with a Mexican Tejano orchestra while he was a music major in college in South Texas during the mid-60s.  During the Viet Nam War, he worked as a road musician, playing USO shows and at military clubs on U.S. Army and Air Force bases in Texas, Oklahoma, and New Mexico.

After tiring of the life of a road musician, Joe earned a BBA in and MBA from North Texas State University and taught business courses at Texas colleges and universities throughout the 60s and 70s.  He worked on his doctorate in marketing at Texas Tech University, and, in 1978, Joe and his wife, Darlene Harper, moved to Europe to teach marketing and management classes for the University of Maryland-Europe on U.S. military bases in Germany and Italy.

After Europe, Darlene and Joe relocated to San Francisco, where Darlene helped Joe start and manage two companies. The first was Power Marketing that contracted with major companies, including Apple Computer, Hewlett Packard, Sun Microsystems, Bank of America, Wells Fargo, McKesson Corporation, Crown Zellerbach, Levi Strauss, The North Face, Ore Ida Foods, and dozens of others to offer outplacement services for laid off employees and executives. Throughout the 80s and 90s, Power Marketing managed up to 3,000 of these campaigns each year outplacing executives, mid-level employees, managers and plant workers and helping them find new jobs.

The successor company to Power Marketing was Executive Capital Partners, an agency for CEOs that partnered superstar CEOs with private equity groups to buy companies.  As an agent for CEOs, Joe helped his clients buy and grow companies in healthcare, industrial services, retailing, media, and consumer products including companies like Party America and Arbonne, International.  From the 1980s to the 2000s, Joe was the subject of dozens of articles in The Wall Street Journal, The New York Times, San Francisco Magazine, The San Francisco Chronicle, The San Francisco Business Journal, and many other publications.

In 1999, Joe and Darlene moved to Portland, Oregon and launched Darlene’s business, Harper-Meissner Properties, where they bought and restored historic and period homes and apartment buildings, which they sold or operated as rentals.

Joe and Darlene met in Lubbock, Texas, when he was working on his doctorate, and she was an undergraduate student at Texas Tech.  They fell in love on a ski trip while dancing at a honkytonk in Red River, New Mexico, and continued their love of travel and dancing, living in Germany, Italy and San Francisco and traveling the world extensively throughout their 46+ years together, including some of their favorite destinations in Egypt, India, Hong Kong, Rio de Janeiro, and Scandinavia.

In March 2021, Joe was diagnosed with multiple myeloma, an incurable bone and blood cancer. With chemo treatments, he enjoyed a few months of remission, but the cancer always returned.  In September 2022, due to Darlene’s never-say-no advocacy, Joe was granted a rare opportunity to be treated at Oregon Health & Sciences University with a new FDA approved therapy that extracted his T-cells and genetically engineered them to attack the cancer with what Joe called “assassin cells.”

Sadly, that treatment was not effective, and Joe received news that the cancer had spread throughout his body on October 12, 2022.  Joe courageously accepted this final diagnosis though it cut short the hopes that he and Darlene could enjoy one more trip: to Montreal, Quebec City and Nova Scotia where Joe researched his French Acadian ancestry and planned to visit his mother’s ancestral homeland, along with a honkytonk trip to Texas where Darlene and Joe could dance the Texas 2-step one more time. Joe was always a man with plans and an eye toward the future.

He is survived by the love of his life, C. Darlene Harper, and her loving family, including Darlene’s twin sister, Donna Doebbler of Houston, Texas and her three children and five grandchildren, and Darlene’s two older brothers and their families.  Joe is also survived by his son from his first marriage, Joseph Bailey Meissner IV of West Hollywood, California and his wife, Helen Krieger, and by his paternal aunt, Lucy Maier of Fort Worth, Texas and her husband, Chris Maier, and her five children.  Joe will be lovingly remembered by his family and hundreds of friends, former clients, and supporters worldwide.

Joe was preceded in death by his parents, grandparents, and his younger sister, Deborah Kay Meissner (age 72), who passed away of abdominal cancer in Portland, Oregon on June 2, 2022, while under Joe and Darlene’s guardianship.

Joe requested that contributions in his memory be made to Virginia Garcia Memorial Health Center  https://virginiagarcia.org/ which provides healthcare to needy Hispanic families in Oregon and Southwest Washington.

To order memorial trees or send flowers to the family in memory of Joseph Bailey Meissner, please visit our flower store.