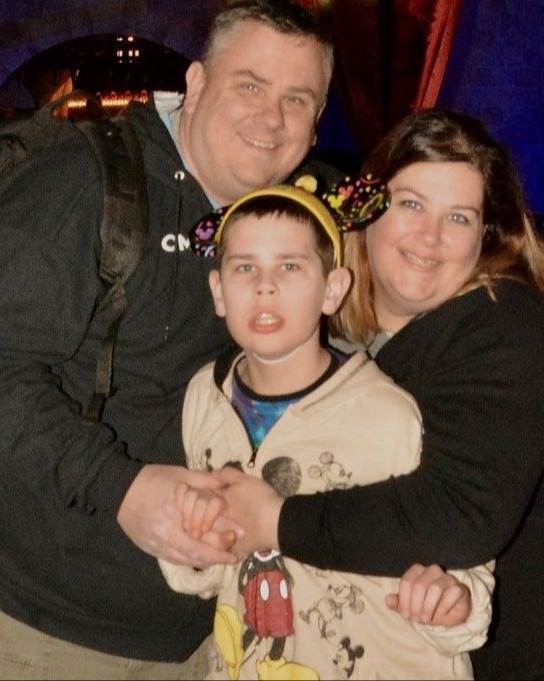 Jason Anders died unexpectedly from sudden illness, yet peacefully in his final hours, at Portland Providence Medical Center on March 10, 2022 in Portland, Oregon at the age of 47.

Jason was born on April 18, 1974 in Portland, Oregon to Harold and Kathleen Anders. He graduated from Central Catholic High School in 1992 and later completed his bachelor's degree from University of Phoenix in 2006. He enlisted in the United States Navy in 1994 where he served as a Yeoman in the legal department on the USS Theodore Roosevelt. He married his best friend Katie in 2000 and they bought their home in Milwaukie one year later. Jason began working as a freight broker in 2001 with Complete Distribution Services and made lifelong friends during his career with them. In 2006, Jason and Katie welcomed the light of their life Tucker, who shortly after birth had a stroke and lives with cerebral palsy and developmental delays. Jason was a fiercely devoted and adoring father who thrived on giving Tucker rich life experiences.

As a teenager, Jason was a loyal servant of Ascension Parish and assisted in several youth group activities. He loved sharing his Navy stories, especially his adventures in the Mediterranean and Middle East. As an adult, Jason drove just about anywhere to catch a poker game or play a round of golf. He loved strategic board games, which always included best friends Kyle and Cyndi Peterson and Summer Newell. He enjoyed a bit of travel, but was happiest at home just hanging out with Katie and Tucker and their dog Milo. In everything he did, Jason brought a dry sense of humor with him, everyone knowing that there was deep love for his friends and family underneath it all. His absence will forever leave a hole in our hearts.