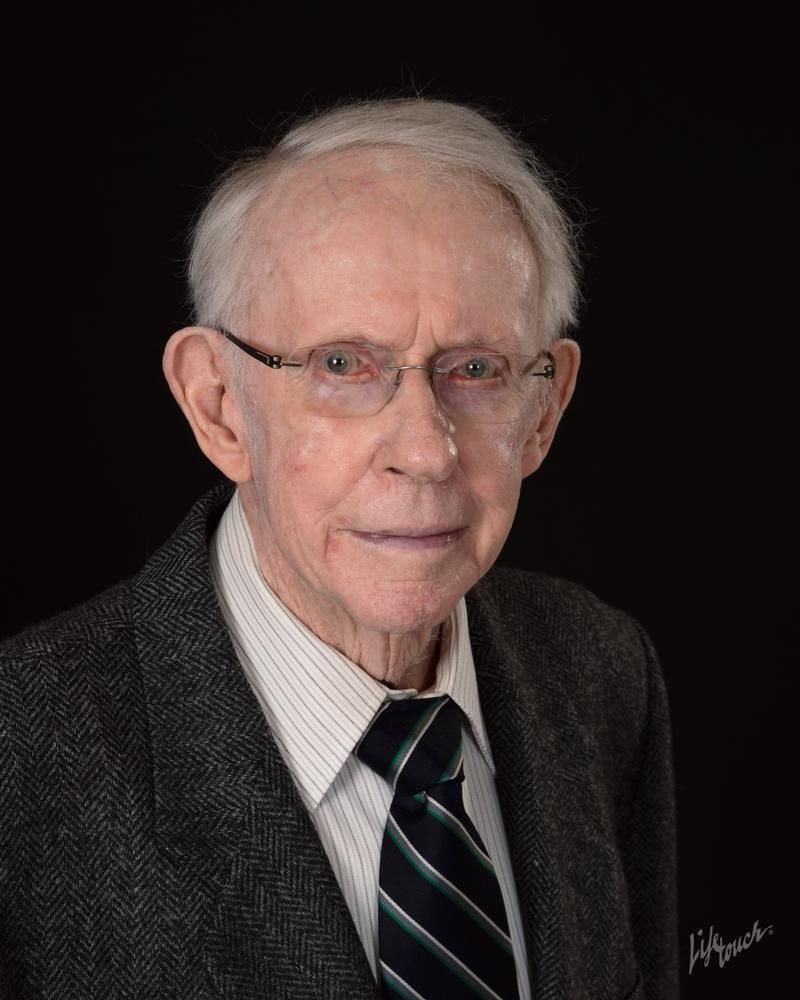 Jim was an only child, born to Mary Alice Bayer-Nisbet and James Marshall Nisbet Sr. on September 21, 1922. He grew up on Mt. Tabor and graduated from Franklin High School in 1938. After high school, he attended Oregon State University and was a member of the Kappa Sig Fraternity and was also a part of the ROTC program. Junior year, he was called to serve as a Lieutenant J.G. for the Navy during WWII.

After serving in the SeaBees in Papua New Guinea and the Philippines as an engineer, he returned to OSU at the end of the war and graduated with an engineering degree. After graduation, he took over the family business, JC Bayer Roofing and Sheet Metal.

Jim met his wife Barbara Jeanne Berger on a blind date arranged by his friend and skiing buddy, Dr. Tom Marks, who was working with Barbara at the time in radiology at Providence Hospital. They were married in 1950 and raised five children. Jim and Barbara were long time members of St. Rita's Catholic Church. He was a member of the Men's Club, served as head usher for 40-plus years and kept the collection Sunday books for nearly as long.

Jim enjoyed music, golfing, fishing, skiing, boating, camping, and was an avid photographer. He spent many summers at his family's vacation home on Blue Lake. He loved Portland and the Pacific Northwest. He and Barbara were engaged on Mt. Hood and arranged an annual family picnic reunion at Wildwood Park for many years. Jim loved spending time with his family and taking drives up the Gorge with his wife.

He is survived by his wife of 68 years. His daughters, Jane Nisbet-Drew and Mary Nisbet-Klatt and sons, Dave, John, and Tom Nisbet. Along with their families, which include, 12 grandchildren and 8 great-grandchildren.
To order memorial trees or send flowers to the family in memory of James Marshall Nisbet, please visit our flower store.