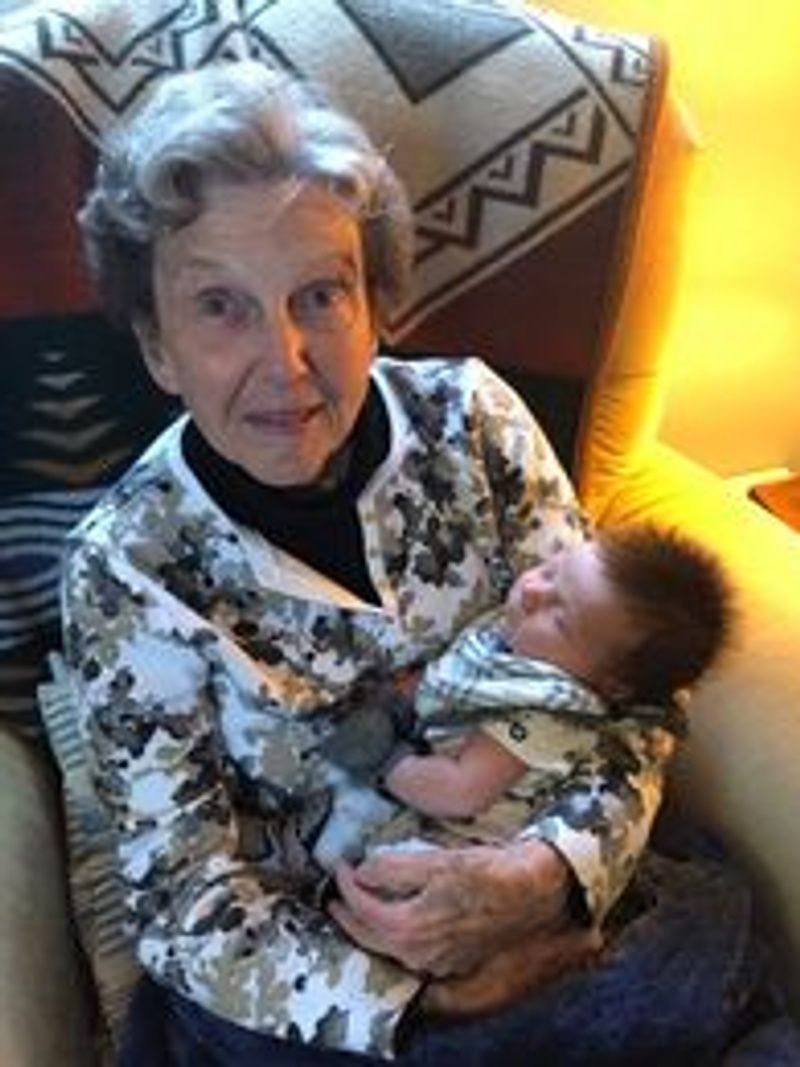 Jacquie was born to James Leroy & Martha Adams in Centralia, Washington. She graduated from South Kitsap High School in 1954. She married her High School sweetheart, Nolan Folden, on February 16, 1956. She worked in her early years as a Comptometer Operator and later as a wife, mother, and housewife.

She volunteered at Willamette Falls Hospital for 20 years. The Milwaukie Senior Center, and a shelter for battered women. She bowled on a women's league for over 40 years, during which time she met her dearest lifelong friends.


The Oregon Coast was her happy place. Early years spent camping with her family and later taking her grandchildren on trips to Lincoln City. Eventually she and Nolan bought a condo at Rockaway Beach, where they would walk on the beach, people watch from the Condo, and enjoy family gatherings. Several times in the last 2 years. her daughter, granddaughter, and great grandson Harvey, spent time together playing in the sand, laughing, and watching Harvey enjoy his first ice cream cone. Jacquie was an avid knitter over the years, and became an expert at making socks. They were worn by many. Her most loved gifts were the special Christmas stockings she made for her family. She was not a fan of cooking, but her talent for baking was enjoyed by friends and family. The love and care she put into her cookies became an expected tradition, especially by her grandchildren.


Jacquie was funny, loved her family, and did not beat around the bush. The most important gift she gave us was to always put family first. She loved her role as Wife, Mother and Grandma.

Jacquie was preceded in death by her Son Eric Folden.

No service per her request.

She will reside in the columbarium niche at Willamette National Cemetery, in Happy Valley, Oregon.
To order memorial trees or send flowers to the family in memory of Jacqueline Alice Folden, please visit our flower store.