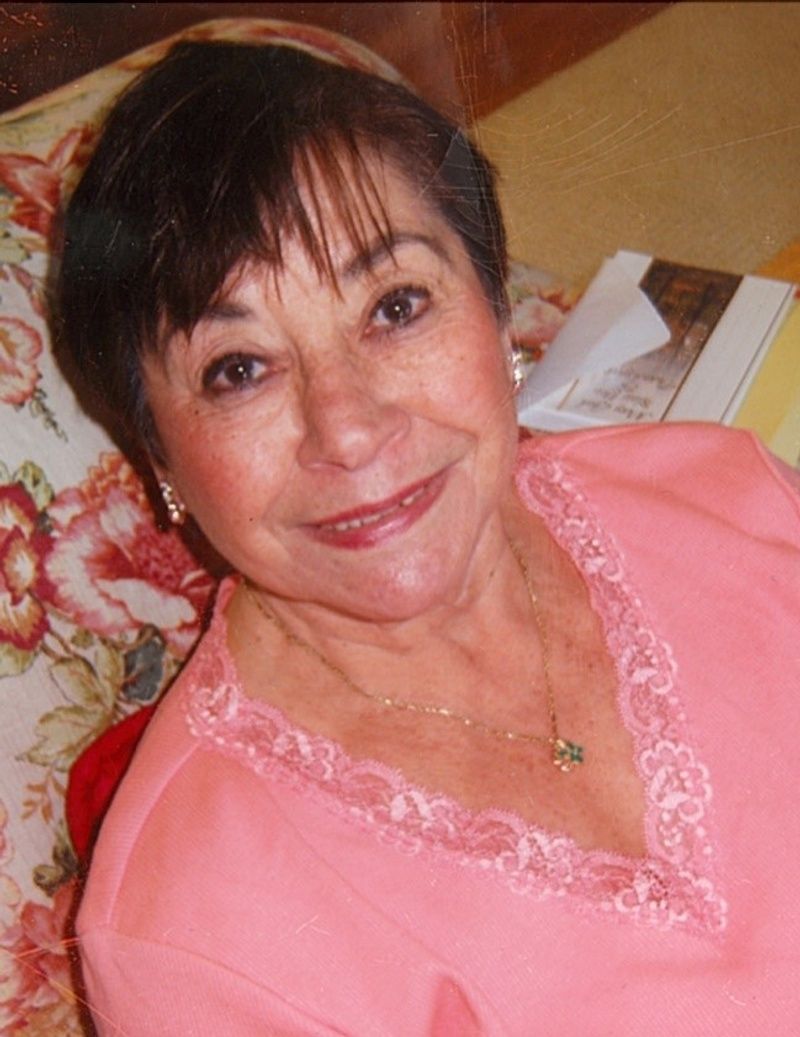 Irma Moen was born in San Salvador, El Salvador on December 11, 1930, to Leonardo Hernandez Ortero and Petronila Romero. She was the third child to Leonardo and Petronila, joining her older brothers Mauricio and Boanerges. Her parents will go on having Irma's younger siblings, Carlos, Olga, Christina and Doris.

After graduating from Guadalupano at the age of 16, Irma moved to Alameda, California, where she attended Notre Dame Girls Academy. Her adventurous spirit motivated her to learn English and build a life in the US. After graduation, Irma married Dale Wheeler. Irma and Dale had three daughters, Gayle, Christina, and Patricia. As sometimes happens in life, the marriage to Dale ended. But it allowed Irma to meet the man, who would become the love of her life, Les Moen. Irma and Les travelled the world, from Hong Kong to San Francisco. Les encouraged her audacious spirit and they shared a lifetime of adventures together. Irma dedicated her life to family. She loved her children and adored her grandchildren, Aaron, Kristin, Alex, Jeff, Kaylee and Joey. In due time, she was blessed with 10 great granddaughters, who she doted on in her later years.

She was there for all the milestones, from proms and parties to afterschool visits, graduations, weddings, and special times with her great-granddaughters. Some memories are simple but greatly treasured, such as countless road trips with swats over the backseat with her shoe, the best toasted sandwiches (never to be recreated), endless amounts of snacks and candy in the hall closet of her home, and prayers every night, with little to no accent, as she would insistently point out, and the family would humor her.

Irma found pleasure in all things, however small or grand. She loved bird watching, walks on the beach, $1 McDonalds coffee, the warmth of the sun on her skin, and sparkly things. She was rarely seen with unpainted nails and no lipstick. She loved travelling, picnics, BBQ's, boat trips on the river, a nice glass of vino, holidays with family, shopping trips, Diamond Lake fishing trips, casinos, and scratch tickets. She particularly enjoyed going back to El Salvador and visiting her large and noisy family. Irma had an insatiable appetite for life, which she carried on till her last days.

Irma's laugh was unparalleled, her stubbornness was something else, but her smile was unforgettable. She always called to see how everyone was doing, never failing to end the call with "Love you". She was the epitome of grace and elegance throughout her entire life. She was a caring and loving Daughter, Sister, Tia, Wife, Mother, Grandmother and Great-Grandmother. To many she was a true and loyal friend. She was her family's guiding light and will be missed beyond measure.