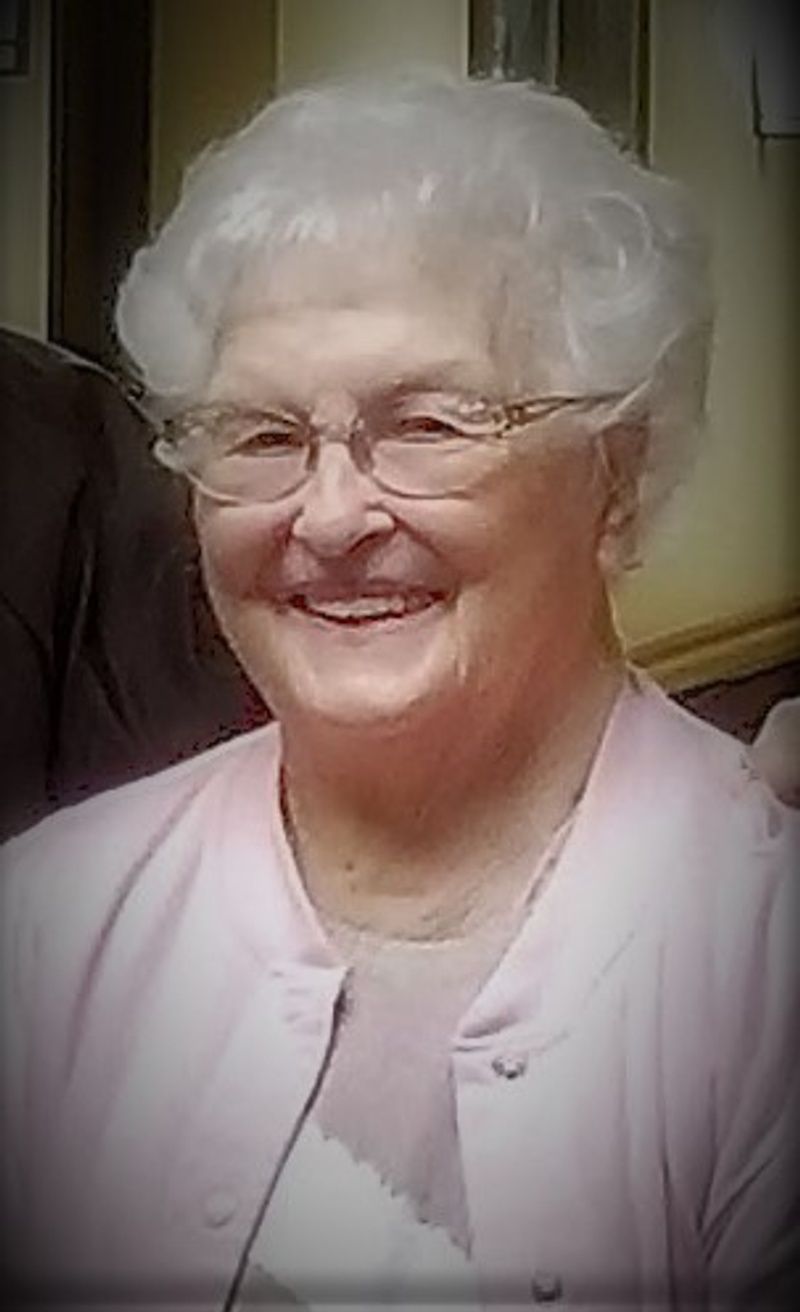 Gertrude Helen Rehbein Hoffstot "Trudy" passed away at the age of 92 on Tuesday June 22, 2021.

Trudy and her twin brother Fritz were born in Lane Montana on January 27, 1929. They joined 11 siblings and were followed by two more sisters to bring the total to15 kids born to Alfred and Agnes Rehbein. They were a part of 3 sets of twins. Fritz won the bet of who would be the last of the Rehbeins.

Trudy was raised on a farm in Lambert Montana. After she graduated high school, she went to live with her sister Peggy in Miles City Montana. It was there that she met Jim Hoffstot and they were married on May 24, 1948. They had two children Linda (Mainard) and Rodney, 6 grandchildren and 15 great grandchildren.

For twenty years Trudy worked as a dental assistant in Eugene. Jim and Trudy loved to travel and had many wonderful memories of their adventures. In 1998 they had a beautiful 50th anniversary party which was attended by several of her siblings and their families.

St. Peter's parish in Eugene was a big part of Trudy's life especially after Jim died in 1999. There was a wonderful group of widows who she became very close with. Also, at this time Trudy decided that staying home was not for her and she joined the "demo people" at Costco. She loved see patients she had known from the dental office and meeting new people as well.

In 2012 Trudy had some health issues. She decided to move to Milwaukie to be closer to her family. She moved into the Springs at Clackamas. She enjoyed being close to 9 of her great grandkids and being able to watch them grow. They often joined her in a game called "Grandma rummy." They called it that because she kept making up new rules.

There will be a Funeral Mass for Trudy on July 7 at Christ the King Parish. After that Trudy will be joining her beloved husband Jim at the Willamette National Cemetery.
To order memorial trees or send flowers to the family in memory of Gertrude Helen "Trudy" Hoffstot, please visit our flower store.