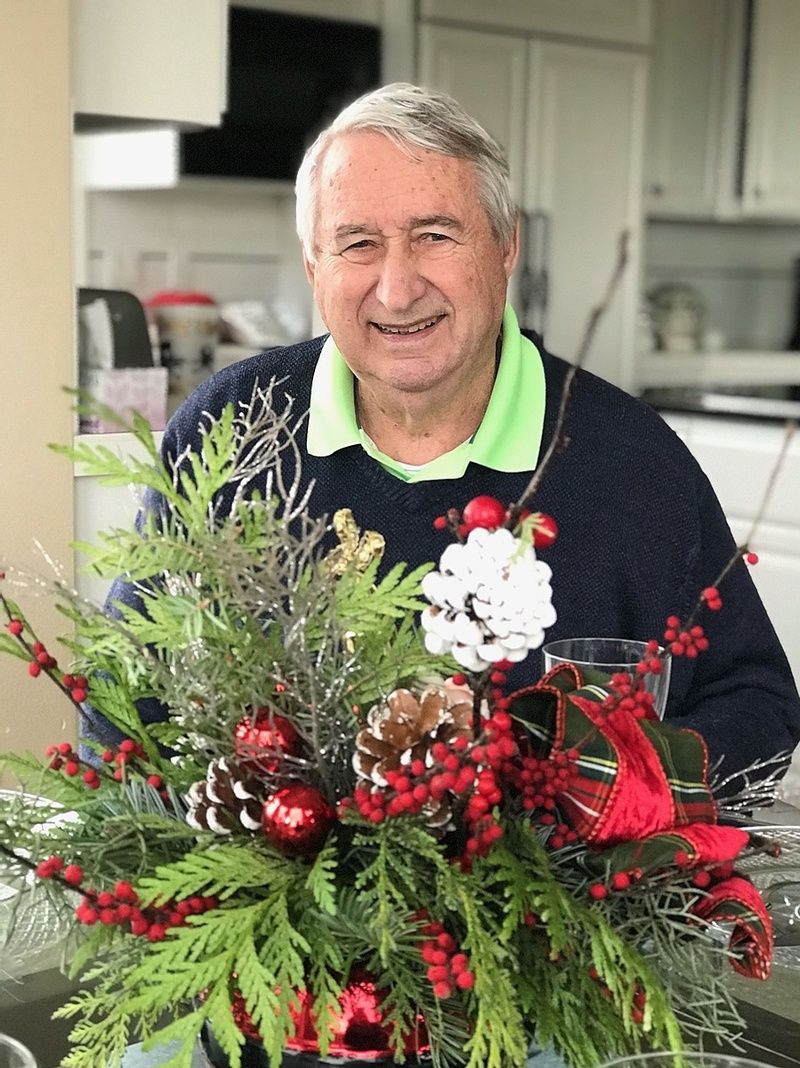 Frank was born in Portland Oregon in 1935 to Frank and Francis and grew up first child and family of six children on Davis Street. He went to Catholic school where he met his boyhood friends. He became a night at the altar at All Saints Parish. His parents and many ancestors prior lived the Faith and infused this love into daily life. Frank did all the things kids do in those times- outside with his buddies (Jim, Rodger, Murphy, Walker, Zenner and the Taylors to name a few) playing stickball or football, tag, kick the can. One day they borrowed some golf clubs although they didn't think much of the sport. It quickly became Frank's favorite pastime. He grew into a young man and his friends with him. Frank worked in the family bakery in the summers and in the off times spent time with his pals. There are some that even claim to have seen Frank as a young man playing poker, at the pool hall, or betting on the dogs at the track. For any clarification you can ask his childhood buddies. Frank attended Central Catholic Highschool and Portland University. He was at a Halloween dance when it happened. He met the love of his life, Joyce Sprogis. They danced one dance together and she realized that it might be better to sit down and talk. What Frank lacked on the dance floor, he made up for with his humor and wit (Bastasch swag in 1957). They both fell deeply in love. It should be noted that he picked up Joyce in a bakery delivery truck for one date. It did not throw her off. Frank made the move. He asked Joyce to be his wife. He promised to work hard for his love and pour his life into loving her and all the kids that they prayed would come. She promised Frank to follow him always, come what may.

Frank went to work for AMF selling bakery machinery. First move was to Seattle. Peter and Mike were born there. The next move was to San Francisco and Jim was born! Next stop, Kansas City and Coco! The next move was to company headquarters on the east coast. Frank and Joyce took a trip to see it all. As they both stared out over the Atlantic, Joyce smiled and turned to her man saying only "this is the wrong ocean." (God bless you, Joyce!) Frank founded his own business in Kansas City, United Bakery Equipment Company. Frank's brother Paul joined UBE as the company was growing.

Frank devoted his off time to be with his children playing different sports and card games, inviting all the kids in the neighborhood to come join as he did in his youth. Inside the encouragement for each activity was his wisdom and faith, handed down from many generations' past. It was a quiet reassurance that we were loved. The family was Frank's new the pastime. As the kids got older, Frank and Joyce allowed all the various activities of the kids- such as a live fishpond with chirping frogs and live bass in the boys' bedroom; a pillow fort with tea for Dad and dolls for Coco that lasted for days; and do not forget glassing surfboards in the garage. Now, if you have ever smelled a surfboard being glassed; it is an unimaginable harsh plastic stench that slowly burns the eyes of moms all the way over in the kitchen. God bless you, Joyce.

The family settled together finally in Palos Verdes, California in the early 70's as a second factory was added to UBE. The family was maturing and Franks little company, UBE grew with the changing needs of industrial bakeries the world over. UBE became a brand of excellence. Frank Retired from the company with his son Mike taking the helm.

One by one the kids rolled out to college, then to marriage. With 20 grandchildren and 7 great-grandchildren. Well done Frank and Joyce! They retired in Oregon with Jim and his family.
The rhythm of daily life included the Sacraments. Frank and Joyce went to daily mass and prayed the rosary. Coco tragically passed away in 2007. Frank could only stare off and say, "parents should not have to bury their children". It was such a sad time for the whole family.

Frank and Joyce were both in the autumn of live. In 2019 Joyce joined her daughter. It was the deepest pain of all for Frank. In January of this year Mike tragically passed away. Through all this Frank was slowly declining. The weeks before he died, Frank was visited by his childhood buddies and by his son Peter. The little Murphy boy that probably tagged along with his older brother Neal was there to bring Jesus to Frank with Last Rights, Communion, and a blessing. His partners in crime in youth remained his dear friends in old age. On July 15th, 2021, at 10:01 am, he breathed his last with Jim, Mariana, Sophie, Victor, and friends Mark and Evelyn Slater with their son Ian at his side.
He fought the good fight.
Pray for Frank.
He will pray for you.
To order memorial trees or send flowers to the family in memory of Frank Bastasch, please visit our flower store.