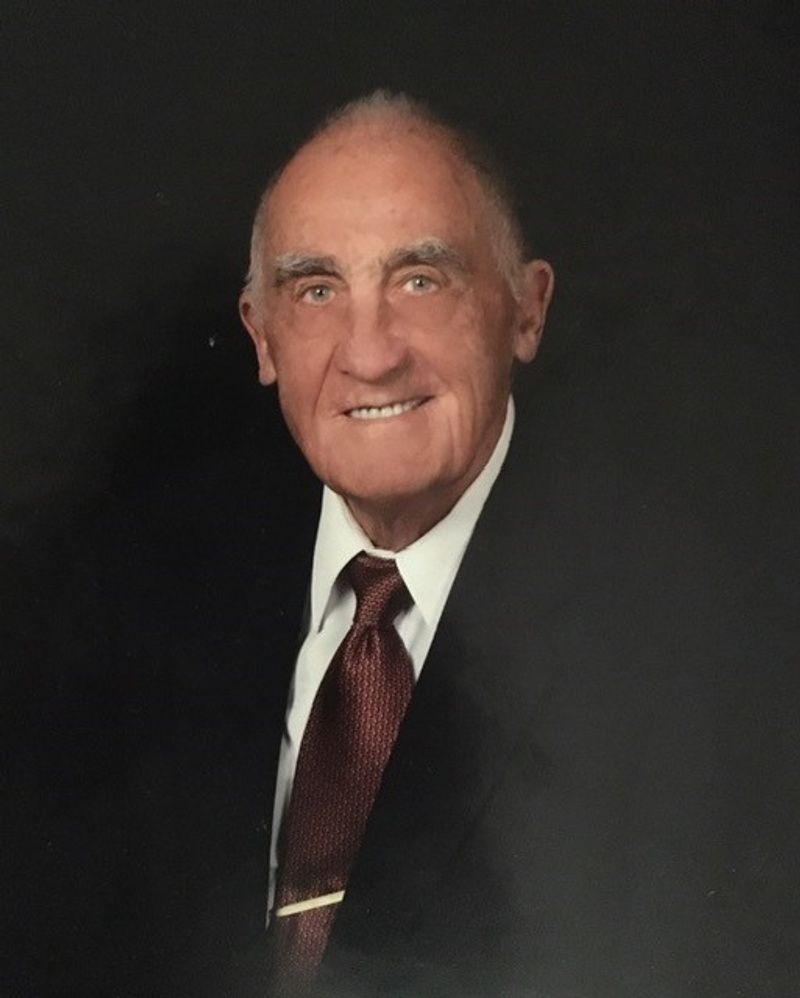 With a strong sense of patriotism and duty, Gene joined the Navy immediately after high school graduation in May 1945 and was assigned to USS Intrepid aircraft carrier. World War II ended while the USS Intrepid was docked for repairs in the San Francisco Bay and Gene humbly testified that the majority of his navy career was therefore spent scraping, painting and guarding the vessel in the bay until his discharge from active duty in August 1946. Despite the menial work, pride of service and love of country was firmly etched into his character.

After Navy service, Gene attended the University of Portland for two years until 1948 when he enrolled in law school at the University of Santa Clara in California. Gene graduated law school and became a member of the Oregon State Bar in 1951. He returned to the University of Portland to complete additional courses in accounting before joining the law firm of Jacob, Jones, and Brown in 1953. In 1963 Gene joined the firm of Casey, Palmer & Feltz (now Smith, McDonald, Vaught & Rudolph, LLP) where he practiced estate planning and general law until his retirement in 2001. The legal profession was a natural fit for Gene as he relished a vigorous debate and loved to dispense advice, solicited or not.

Gene met and married Elizabeth (Betty) Louise Altstock in 1952. Together they raised nine children, travelled extensively, and enjoyed an active social life both in Portland and their beloved Cannon Beach. Gene and Betty were married 66 years at the time of her death in 2018.

During his lifetime, Gene served on the boards of many local charitable, religious, and civic organizations. He was one of the founders of the Blanchet House of Hospitality in 1952 and remained a member of its honorary board until his death. He received an honorary degree, Doctor of Public Service, from the University of Portland for his work for the Blanchet House of Hospitality. Other charitable and religious boards included: Holy Family School Endowment Fund, Catholic Charities, Catholic Youth Organization, Camp Howard, Serra Club, Providence Child Center, LaSalle Catholic College Preparatory, Franciscan Missionary Sisters of Our Lady of Sorrows Inc., Sisters of St. Mary of Oregon, Mt. Angel Abbey and DePaul Industries. Civic boards included the City of Portland Planning Commission and the Portland Zoo Commission.

The family requests that remembrances be sent to the Blanchet House of Hospitality or Holy Family Catholic Parish and School.
To order memorial trees or send flowers to the family in memory of Eugene "Gene " Edward Feltz, please visit our flower store.