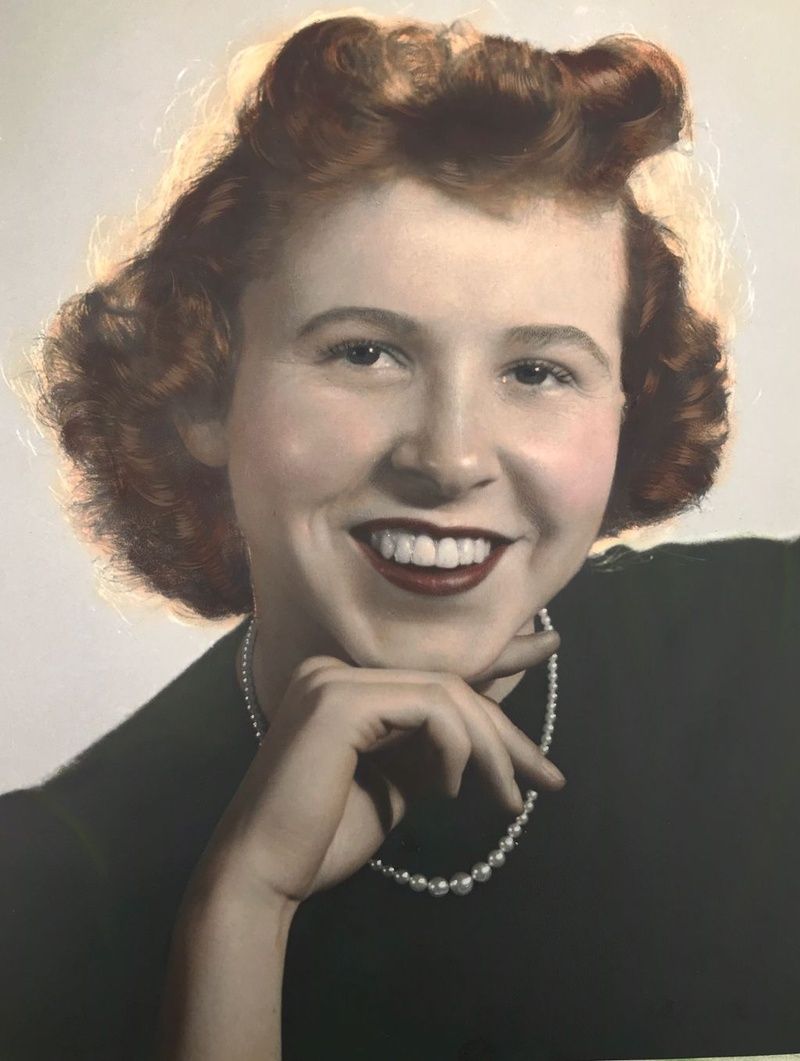 Erma Hanset passed away on June 13, 2019 in Happy Valley Oregon. Erma was born in Portland Oregon to Mark and Nina Pauletich who had emigrated from Austria. She grew up in NE Portland and attended Jefferson High School. Erma married David Allen Hanset on August 23rd, 1953. David and Erma had seven children, Diane, Linda, Donald, Ronald, Janet, Allen and Mark, all of which still live in the Portland area.
Erma worked at Charles F. Berg before getting married and raising her seven children on Mt. Scott. She enjoyed many activities including, cooking, canning, homemaking, sewing, counted cross-stitch, gardening, reading and her miniature doll house. David and Erma enjoyed spending time at their beach house in Cape Meares, making many friends there.
Erma was a devout catholic and was a long-time member of Christ the King Catholic Church in Milwaukie. At some point all seven of her children went to grade/middle school at Christ the King Catholic School. Erma said prayers and the Rosary for just about everyone she knew if she thought they needed a little help.
Erma is survived by her 7 children, 15 Grandchildren and 5 great grandchildren (that she was so proud of and loved very much), her sister Annie Berg, and many nieces and nephews. She was preceded in death by her husband David, her sister Bertha and her sister Angela.
Services will be held at Christ the King church, 11709 SE Fuller Road, Milwaukie Oregon, on Friday June 28th. There will be a recitation of the Rosary at 10:30 am, followed by a funeral mass at 11:00 am. Afterwards a reception will be held in the church hall, refreshments will be provided.
To order memorial trees or send flowers to the family in memory of Erma Frances Hanset, please visit our flower store.