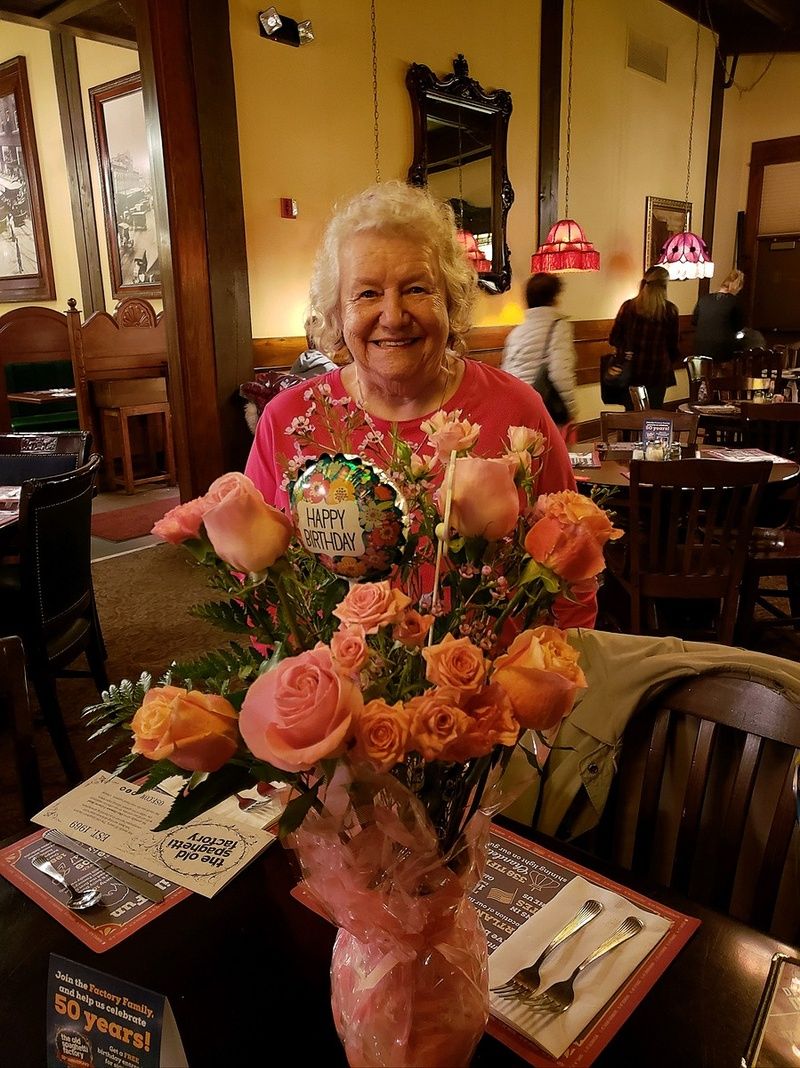 Elaine Norma Moyer (Skopec) was originally from Sellwood, OR. She was born on January 17, 1931 to Josef and Mary Skopec and passed away peacefully in her sleep on July 6th, 2022.

Elaine was the fifth of six children consisting of two boys (Arthur and Walter) and four girls (Martha, Irene, Julie, and Elaine). She attended Sellwood Grade school and graduated from Washington High School in 1949. She worked at the Sellwood Theater where she met the love of her life, Larry Moyer. Their romance started at a community Valentine's dance in 1948 where they had such a good time that they went to school dances the following two consecutive nights. They married in 1952 and their love blossomed into nearly 65 years of marriage. Her main joys in life were supporting her husband in his endeavors and raising their six children; Rose Gibney (Tom), Debi Anderson (Tim), Teri Moyer, Sheri Stankey (Bob), Chris Moyer-Davis (Jeff), and Larry Moyer (Darla).

At her death, she was blessed with 18 grandchildren and 25 great-grandchildren, with two more on the way. She shared her love of games with her grandchildren through competitive rounds of Croquet, Spoons, and Uno among others. Her family has fondly dubbed her the "Uno Queen" because of her love of the card game and her uncanny way of winning.

She is preceded in death by her parents, two brothers, her husband, a son-in-law, and a grandson.

There will be a privately held service for family members at her request. In lieu of flowers, the family requests that donations be made in her name to the Alzheimer's Association or the Breast Cancer Research Foundation.
To order memorial trees or send flowers to the family in memory of Elaine Norma Moyer, please visit our flower store.