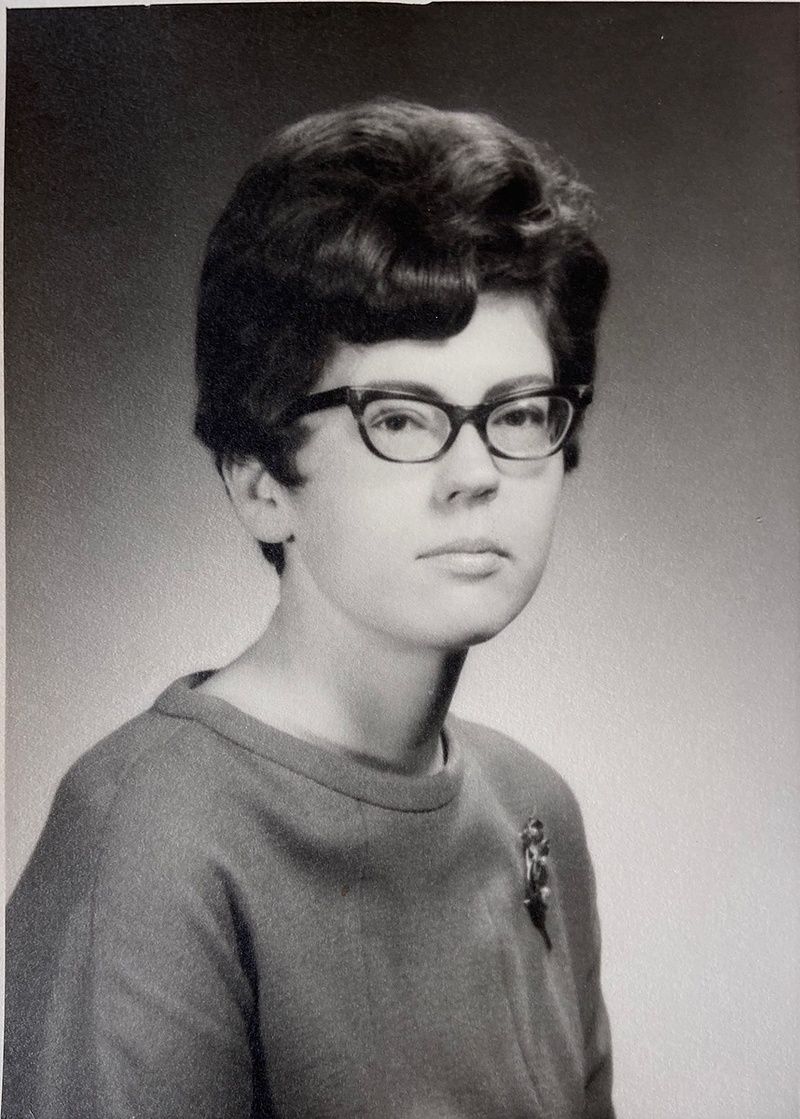 Deanna Alice (Botsford) Draper died at her home from cancer on Tuesday May 24, 2022.

Born in Lufkin, TX on December 8, 1937 to Edna Fay and Andrew Jefferson (AJ) Botsford, she spent her childhood in Shreveport, Louisiana and Freeport, Texas. Her father worked as a boiler maker for the railroad and at Dow Chemical in Freeport. Deanna was an active kid who spent many hours riding her bike and roller skating. She also loved to read books, an interest encouraged by her family. Any time she encountered a word she didn't know, her mother, a stickler for Latin derivations, would tell her to look it up in the dictionary. Remarkably, she was curious enough to read the Encyclopedia Britannica from cover to cover. As a teenager she grew to be nearly six feet tall and her father brought home a sewing machine so she could learn to sew clothes that would fit.

She studied Spanish in high school but majored in French in college. It's possible she was influenced by her Cajun cousins from Southern Louisiana who came to live with the family in Shreveport when she was an adolescent. When her high school teacher suggested she apply to Rice University in Houston, she did, even though her family hadn't been planning for her to attend college. She graduated with a Master's Degree in 1961. When she first attended the university, it was called the Rice Institute, and Deanna recalled chanting "Rooty-toot-toot, rooty-toot-toot, we are the girls from the institute."

After graduating, Deanna worked for about a year as a French teacher at her old high school in Freeport. She was an effective teacher who insisted that she and her students only speak French in class. She made several friends in Freeport and spent the summer with them lounging and reading at Surfside Beach on the Texas Gulf Shore. Close friends Ina K.(Ikie) Miller and Sally Baker, along with fellow teachers and a Dow Chemical engineer were among the beach gang, and she had many fond memories of that time.

After visiting cousins in New York City, Deanna decided to move there and found a job teaching French in Westchester County at Dobbs Ferry High School along the Hudson River. There, she met Margaret (Peggy) Moffatt (later Gilman) who taught Spanish at the same school and was also six feet tall. Deanna and Peggy became close friends and shared an apartment with a third teacher in a large apartment complex which was commonly referred to as "The Motel on the Mountain." One Halloween, she and her roommates decided to throw a party and invited several neighbors, one of which was her future husband Douglas, who had recently arrived from California. She and Peggy were dressed as witches with large witch hats and they markedly stood out. Deanna, Peggy, Doug and a fellow resident from Brazil became good friends and had many good times together.

Doug left New York in 1967 to take a new job in Santa Barbara, California. Deanna would visit on occasion and they would also meet in Washington D.C. when Doug was working on field assignments. In July of 1969 they were married in Tarrytown, NY. Their honeymoon was a road trip across North America from New York to Santa Barbara through Montreal, Canada, with many stops along the way. One of the most notable was the stop at Mt. Rushmore where, on television, they watched the first human set foot on the moon.

Six months after moving to Santa Barbara, Doug began graduate school at Penn State University. They moved to State College, Pennsylvania in December. Deanna never missed an opportunity to remind him that she left "paradise" for winter in "Happy Valley" where the snow didn't melt until June.

In 1971 they found themselves in Portland, Oregon, the only place Doug could find a teaching position. Doug began teaching at Portland Community College. They bought a house in SW Portland and in the next few years had two daughters, Polly and Laura.

When Laura was six months old, Deanna was ready to go back to work. She couldn't find a suitable French teaching job, so friends encouraged her to think about library science. She became certified as a high school librarian and was hired at Beaverton High School. When Polly decided to enroll at St. Mary's Academy, and Laura was soon to enter high school, Deanna decided to transfer to Sunset High School so as not to interfere with Laura's high school experience. Deanna was a supportive, dedicated mother who modeled independent thinking and taught her daughters the importance of education and the arts. She was an excellent role model and encouraged their individual interests while maintaining her professional career.

Deanna was presented a 20 year service placard from the Beaverton School District for her work as a High School Librarian. She was well known and well liked among her colleagues and students. Deanna was an early promoter of digitizing the high school library catalog and resources, and a supporter of libraries and computers in education, both locally and nationally. Organizations she was involved with included the Oregon Association of School Libraries, the American Library Association and the Texas Library Association. She was appointed to the Oregon State Advisory Council on Libraries and was active in the Northwest Council for Computer Education, where she was president for one year.

Deanna also enjoyed traveling with her family, including ski trips, visiting family in California and Texas, and bigger trips to India and Mexico. When Doug and Deanna retired, they bought a condo on the Texas Gulf Coast and visited often. While there, they saw family and friends in nearby Houston and Austin. Deanna also organized several international trips to Europe and Asia, including a safari in Kenya and Tanzania.

Deanna didn't stop teaching after retiring from the Beaverton School District. She took a position at Portland State University to teach and train students to become high school librarians. She remained active in computer and library activities and organizations. Deanna was admired by her new group of students and became friends with many of them. She often helped new librarians to secure jobs.

She was known for her directness and matter of fact way of approaching life, as well as her kindness, humor and generosity. Deanna regularly donated to numerous environmental, educational, and humanitarian charities and helped others she saw in need.

Doug and Deanna would have celebrated their 53rd wedding anniversary this July.

Deanna is survived by her spouse, Douglas, daughters Polly and Laura, brother Robert and his children, Jennifer and Christopher, son-in-law Kit, granddaughters Ellie, Margot and Ada, and nieces Kathy, Jackie and Bobbi and their children.
To order memorial trees or send flowers to the family in memory of Deanna Draper, please visit our flower store.