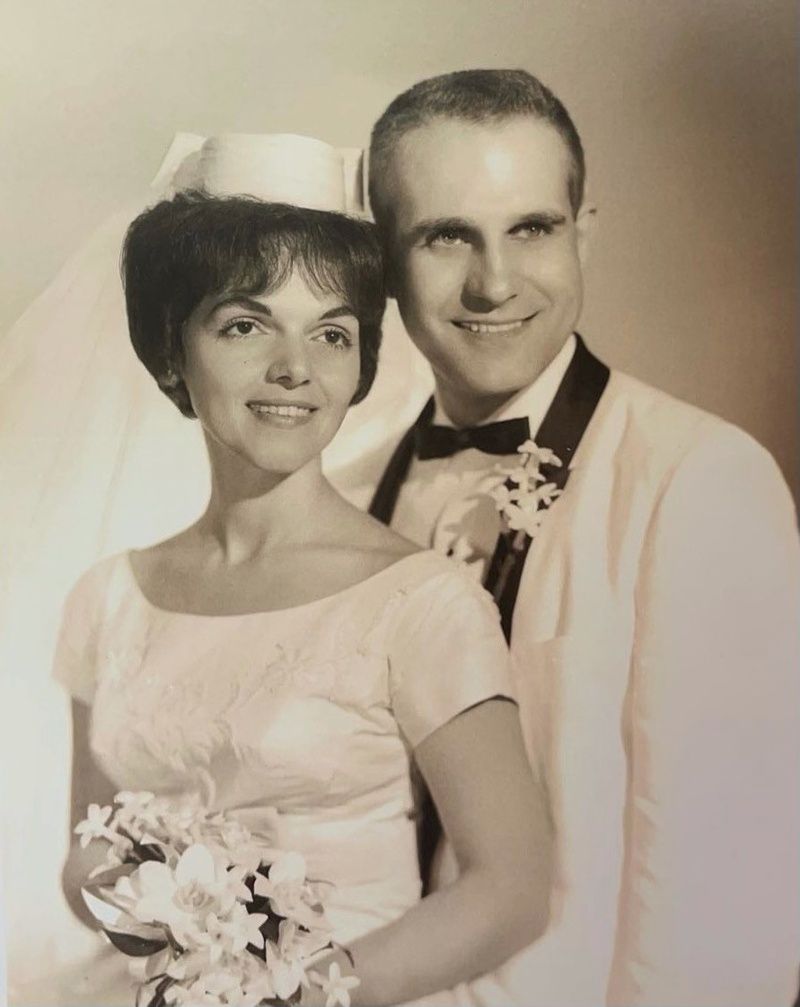 Vern was born in Ituna, Saskatchewan, Canada, to a family one generation removed from Ukraine. In 1948, the family immigrated to Los Angeles, traveling on the way through the historic Columbia Gorge Highway. Vern gained U.S. citizenship and enlisted in the United States Air Force where he was stationed stateside during peacetime. He sang in several Ukrainian choirs with his booming voice and as a bachelor he traveled around Europe in his red Porsche 911.

Vera was born and raised in Chicago, Illinois. Her parents immigrated in the 1920's from Ukraine. (It was said their villages were only 40 miles away from each other but it took over 4,000 miles to meet.) She was a bright one and entered kindergarten at age four. Vera attended Rosary College in Chicago and received a Masters in Education from Northwestern University. As a Fulbright Scholar she had the opportunity to travel to Indonesia and taught English to children. After returning to Chicago she taught elementary and middle school education for several years; her favorite age group was sixth grade. Vera also taught Ukrainian folk dancing, cultural classes, and sang in Ukrainian church choirs.

In Chicago, Vern met Vera through the match-making efforts of a friend over a Ukrainian meal and conversation. (Vera thought Vern was pleasant but didn't think she liked how loudly and boldly he spoke.) A few weeks later Vern attended a slide presentation given by Vera and he approached her afterwards. The rest is history….

They married in July 1964, and raised three children in the Ukrainian Catholic Church (Byzantine Rite) while in Chicago. Holidays were celebrated with lots of family and friends and included many Ukrainian foods and traditions such as making pysanki, singing Ukrainian tunes and carols…and yes, even Ukrainian folk dancing. Vern learned many Ukrainian recipes not only from his mother, but also by taking meticulous notes watching his mother-in-law cook and bake by memory. (Each recipe a little different from the year prior!)

The family relocated to Northern Virginia in 1980 where Vern partnered in a venture providing telecommunications in the Middle East. Vera continued to teach at a local Catholic school. Vern and Vera flourished in the Roman Catholic community, helping to build a church in Reston, Virginia. There they directed the children's choir, taught religious education, led RCIA groups, and participated on parish councils and committees.

In the 1990's Vern and Vera relocated to the Portland area and both worked full-time in pastoral ministry, religious education, and teaching elementary school in the Catholic Church. Vern was ordained a permanent deacon in 1997 and went on to become associate director of the Archdiocesan Diaconate Office for 12 years. In 2004 they moved to Arch Cape, Oregon ministering to the coastal community at St. Peter the Fisherman.

In 2015, Vern and Vera moved to Bozeman, Montana to be closer to family. They were active members in Holy Rosary Parish where they made many good friends. While in Bozeman friends and family from afar visited as it was a stopping ground for the greater Yellowstone area and just a beautiful part of our country.

Eventually they returned to Arch Cape and resided once again at St. Peter the Fisherman while continuing to support the Church.

Vern and Vera's faith always sustained them during calm and chaotic times. A faith shared with family and friends not just by their words, but by their actions.

Vern and Vera are survived by their three children: Paul (Eve), Mark, and Lisa; and two granddaughters: Kira and Sophia.

A funeral mass will be held on Thursday, October 28, 2021 at St. Mary's Cathedral of the Immaculate Conception, Portland, Oregon at 1:00 pm.

Interment to follow at Mt. Calvary Cemetery, Portland, Oregon.
To order memorial trees or send flowers to the family in memory of Deacon Vern and Vera Korchinski, please visit our flower store.