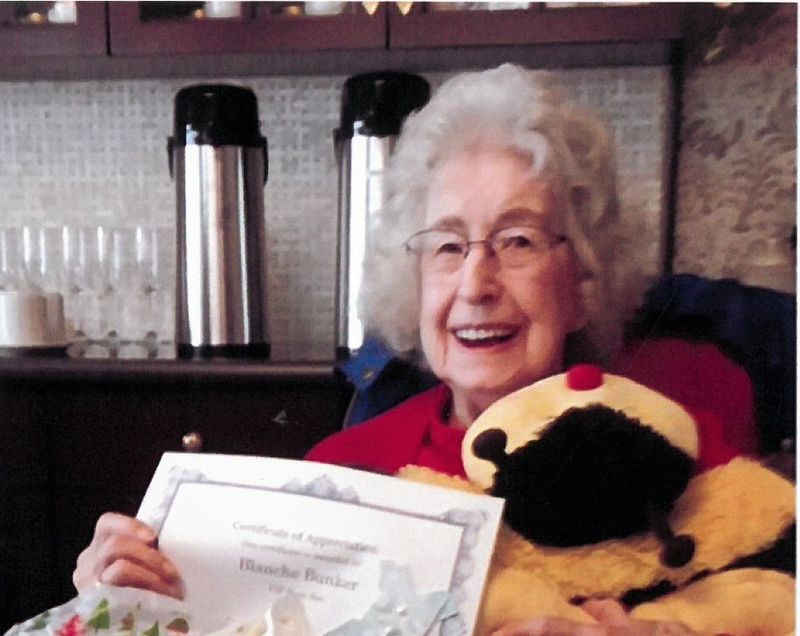 Blanche A. Bunker, age 91, passed away September 25, 2020, at her home in Gresham, Oregon.
She was born in Woodland, Washington, the daughter of Charles and Cora Parmentier. She worked for J.K. Gill's textbook department in the late 1940s. On November 26,1949 she married Howard Bunker. Last November they celebrated their 70th wedding anniversary.
Blanche lived a fulfilling life as a loving wife, mother, grandmother, great-grandmother, and great-great grandmother. She enjoyed family gatherings and celebrated the holidays and seasons with beautiful decorations and delicious food. She was a long-time African Violet grower and would maintain up to 1000 (or more) plants at a time. Her sewing skills were excellent. Her creations were beautiful and detailed. She had a beautiful singing voice and would sing while watering the beautiful African Violets.
She enjoyed the friendships she had in the African Violet clubs, The Gresham Community Choir, and The Busy Bees sewing group.
She was preceded in death by her son James Bunker and daughter Julie Bunker. She is survived by her husband, Howard Bunker, her children, Thomas Bunker, Cathy Huff, Greg Bunker, Linda Miller, Jacqueline Bunker, and Laura Keefer.
The funeral will be held at St. Anne Catholic Church. The burial will be at Gethsemani Catholic Cemetery, Happy Valley, OR 97086.
To order memorial trees or send flowers to the family in memory of Blanche Adelaide Bunker, please visit our flower store.