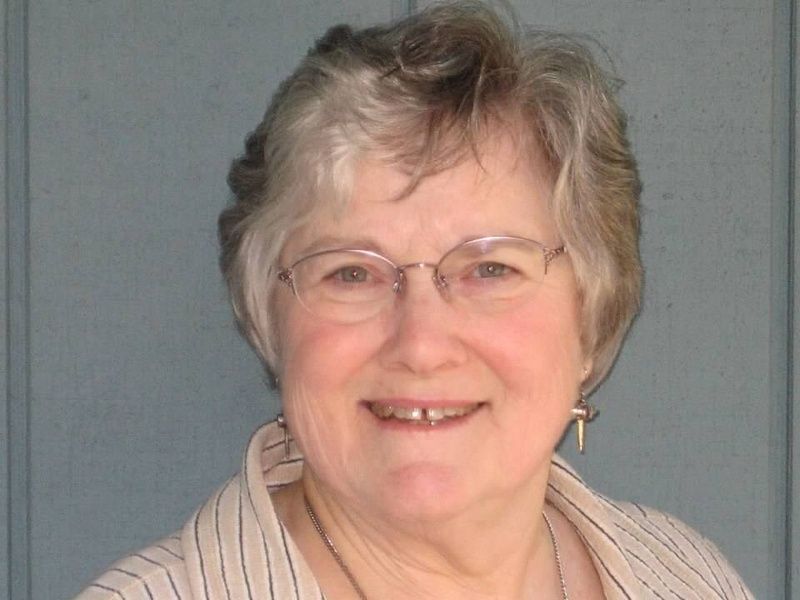 Barbara Somers, 77, died peacefully with her children close at hand on September 17, 2019, in her apartment at The Springs in Milwaukie, Oregon, after living with ovarian cancer for three years.


Barbara was born on February 4, 1942 in Dallas, Texas to the late Elizabeth Murray and Samuel Lewin. She was their only child. Although she had no siblings, she was surrounded by family, and Barbara's aunts and uncles all played a large role in her early life. During her first three years she was raised by several of Elizabeth's brothers and sisters, including Herb and Myra Andrews, Aline Murray, Jack and Mary Lee Murray, and Harry and Gert Schroeder. Beginning at the age of three, her aunt Aline took Barbara under her wing. They lived in Wynne, Arkansas and Miami, Florida before they settled together in Dallas, Texas in late 1950.


In Texas, Barbara grew up in Dickason Inn, a convalescent home for women that Aline set up and ran to provide a living and a home for Barbara, Aline, and Barbara's grandmother. She attended Holy Trinity Catholic grade school, taught by the Daughters of Charity of St. Vincent de Paul. She started high school at Our Lady of Good Counsel, taught by the Sisters of St. Mary of Namur, before requesting admission to Holy Angels Convent in Jonesboro, Arkansas in 1957, as an Olivitan Benedictine postulant. During her novitiate in 1959 she left the convent and returned to Dallas for her senior year in high school. She maintained a close relationship with the Holy Angels Convent throughout her life, even when she moved across the country to Oregon, taking vows as an Oblate in 1984.


Barbara attended University of Dallas and graduated with a Bachelor of Arts in English Literature in 1964. She spent five months after college in Europe, working for a time in a hospital in Munich, and then enjoying extensive travel in Austria, Switzerland, France, Italy, the Netherlands, and England. After a short stint back in Dallas, she wanted more adventure, so she packed up her car and headed West, ultimately settling in Portland. She met her first husband, Terry Hoffart, in 1967, and they were married from 1968 to 1977. They had two children together, Gregory and Carlotta, born 1970 and 1972.


She met Sheldon Somers while working at Crown Zellerbach forestry research and they were married in 1979. They spent the next 40 years together, raising children and dogs, surviving lay-offs, camping, canoeing, and traveling, and generally loving their time together.


Barbara was a devoted mother and wife, and an active member of St. Patrick parish in Canby, Oregon and St. Philip parish in Woodland, Washington. She went back to college at age 49 and became a certified occupational therapy assistant, a wonderful match for her talents.


She is preceded in death by her Mother, Elizabeth Lewin, her Aunt, Aline Murray (Sr. Brigid), and her parents-in-law, Bud and Ruth Somers.


She is survived by her husband, Sheldon Somers, her children, Greg Hoffart (Nichole) and Carlotta Roddy (Don), and her grandchildren, Ruth, Tess, Anna, and Keegan.
To order memorial trees or send flowers to the family in memory of Barbara Aline Somers, please visit our flower store.