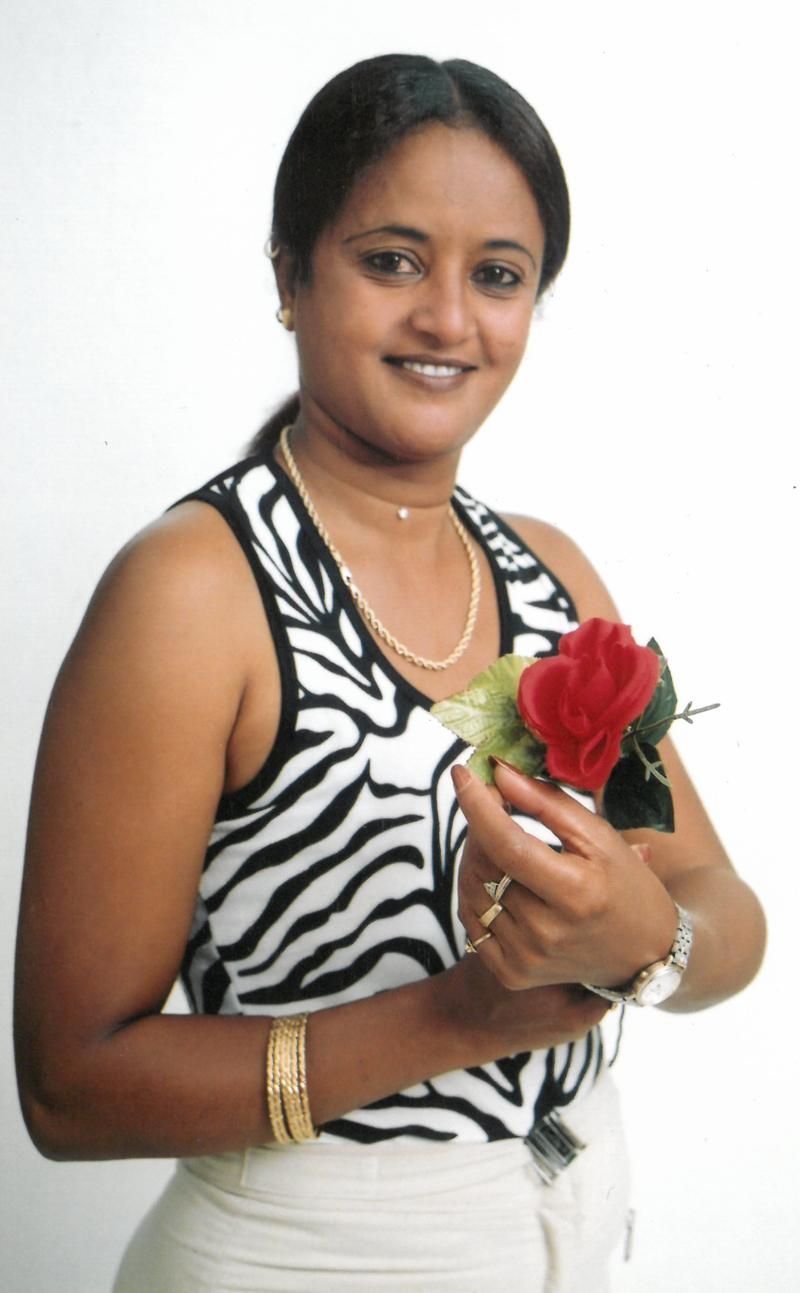 Azieb was born to her late father Ghebreyesus Nesreddin and her mother Aregash Tesfaldet on January 01, 1966 in Edaga-Hamus, Asmara. Azieb attended various schools in the city of Asmara throughout her education, up until the time she graduated from high school. After completing her education, she joined the work force in order to provide support to her family.
Azieb was a deeply spiritual woman, with an unwavering faith in god and a strong connection to the church. Always wearing a magnetic smile, she was kind hearted, cheerful, and beloved by all.
On January 11, 2003 she married the love of her life Mr. Mehari Woldemariam Reta in Asmara, Eritrea. After their marriage, Azieb moved to Portland, Oregon to begin her new life with her husband Mehari. Soon after she arrived, she and Mehari welcomed their first born Yanet Reta in October of 2003, followed by Luwam Reta in June of 2006, and Haben Reta in April 2008. Mehari, Azieb, and their beautiful girls lived a happy life, full of love, laughter, and faith.
After battling cancer four years, Azieb passed on Saturday, January 20, 2018, surrounded by family and friends. We do not know why she was taken from us so early, but we find comfort and strength in knowing she is with her creator and resting in eternal peace. Azieb will remain forever in our hearts.
To order memorial trees or send flowers to the family in memory of Azieb N. Ghebreyesus, please visit our flower store.