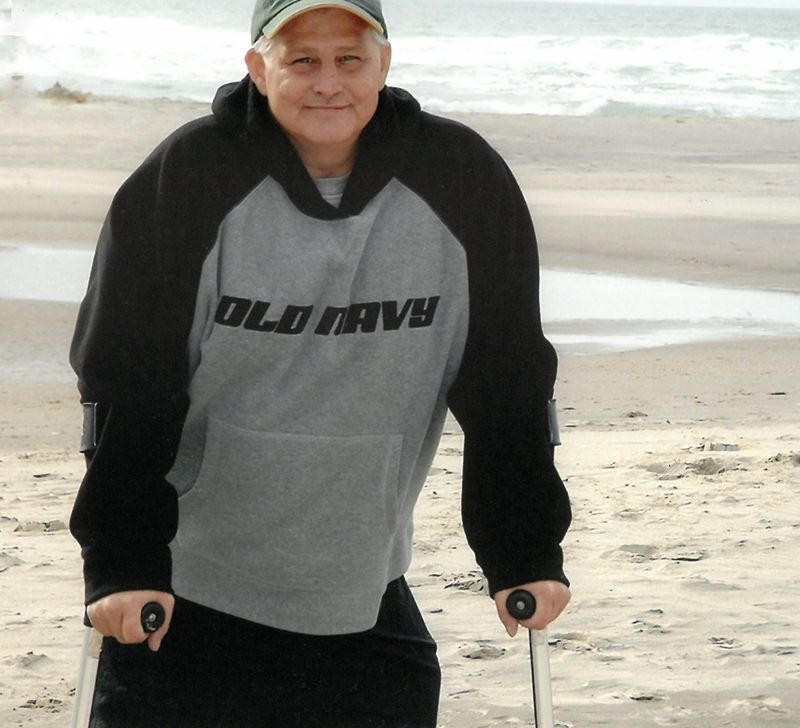 Born on September 21, 1959 in Manhattan, New York, and raised in Brooklyn, he was the son of Alexander Vladimir Holuka and Bohdanna Oksana Holuka. He attended Rex Putnam High School and was an outstanding athlete, playing primarily football and baseball. He dedicated his career to Freightliner and worked as a Line Mechanic.

Known as Andy to those close to him, he was a loving free spirit, willing to give the shirt off his back to those in need. He may have not had much to give, however, he frequently visited sick children in hospitals, spreading laughter, love and joy through gifts and time. Although he did not attend church regularly, he was baptized in the Catholic faith, a devoted reader of the bible, would commune in small groups with close friends and loved God.

In his retirement years, he enjoyed spending time with his family and friends. You could often find him bickering with his best friend, his brother George. Andrew's favorite times were spent talking to his son's Christopher and Anthony on the phone and visiting with them when they came home from many tours of duty. Besides his children, Andy's greatest personal achievement was spending time with his proud father Alex, being at his bedside and hearing his father's last words. Andy felt so fortunate to spend most of the last year of his life with his middle son Anthony and his family, on warm sandy beaches in Florida. If not with family, he was with close friends sharing drinks and laughs. He always wanted you to have a good time. He enjoyed playing the lottery and betting on favorite sports teams; although he never had much luck. He was an enthusiastic sports fan and never missed a favorite team play. His favorite hobby included buying, selling, trading and collecting valuable sports memorabilia.

Andy spent most of his time with friends and family, taking every opportunity to enjoy life. As a result of his huge heart and endless love, Andy will be remembered for his unending love of his family and friends.

He is survived by his brother George Holuka, four children, Christopher, Anthony, Tyler and Sara, his beloved nieces Nadja, Kristin and Stephanie. Andy's legacy will live on through his four grandchildren, who were the light of his life; Farron, Michael, Emma and Kyler.
To order memorial trees or send flowers to the family in memory of Andrew Stephen Holuka, please visit our flower store.